California Rep. Karen Bass is taking the advice of her "constituents" 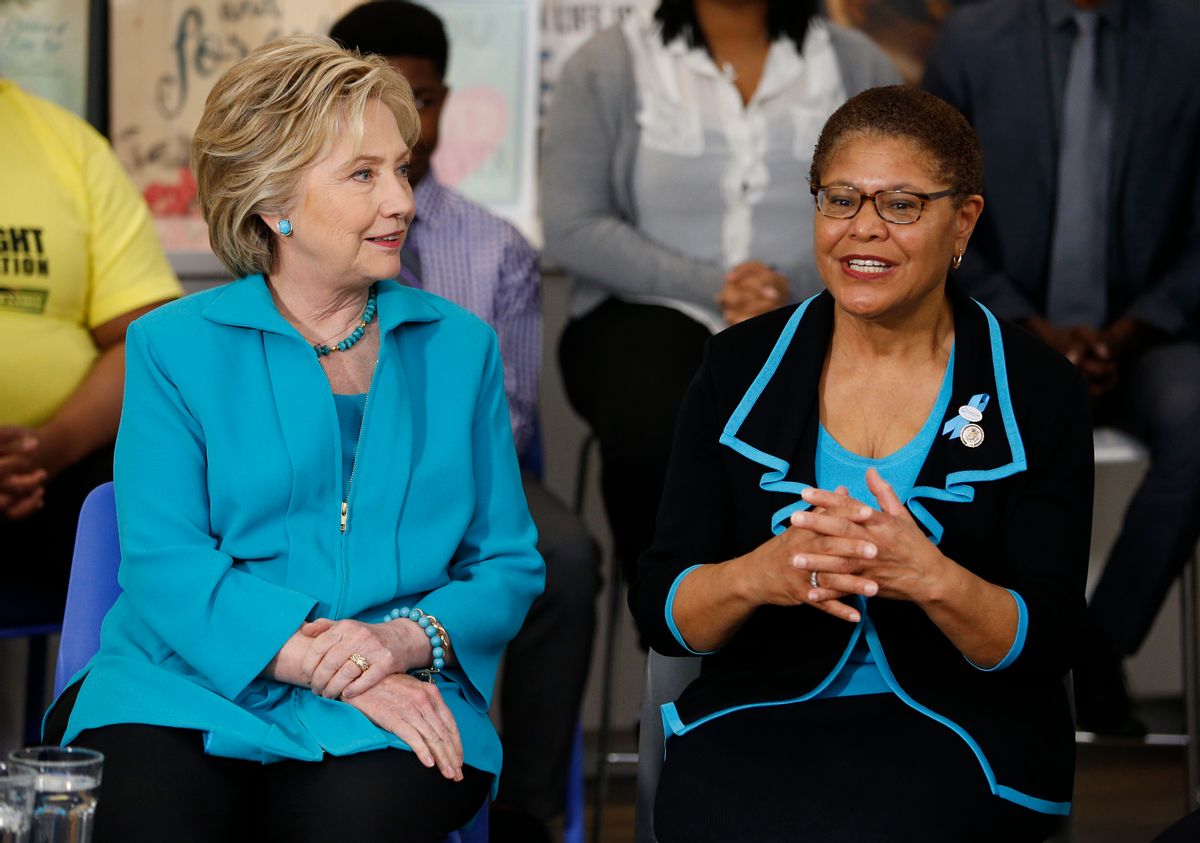 Rep. Karen Bass, D-California, crowdsourced to Twitter her decision whether or not to go to President-elect Donald Trump's inauguration, following the president-elect's Twitter sparring with Civil Rights legend John Lewis. The thousands of Twitter users whom Bass presumed to be her constituents voted overwhelmingly for her to stay home, though the poll is still technically open:

So Rep. Bass will join 40-some other House Democrats planning to skip the inauguration in protest of the president-elect. Bass represents California's deep-blue 37th District, which encompasses several historically black neighborhoods in western Los Angeles County, meaning her abstention likely won't anger too many of the people who actually voted for her.

Bass promoted her poll in a Facebook Live video response on Sunday to Trump's kerfuffle with "one of the nation's and the world's premier civil rights leaders," Rep. John Lewis, D-Georgia, who is also skipping this week's inauguration.

"I know what my heart tells me, I know what my head tells me, but I wanna know what you tell me," Bass told constituent-viewers. "Some people are telling me I shouldn't just focus on Trump. I should focus on the office of the presidency, but let me just tell you — that's a big hill to climb right now":