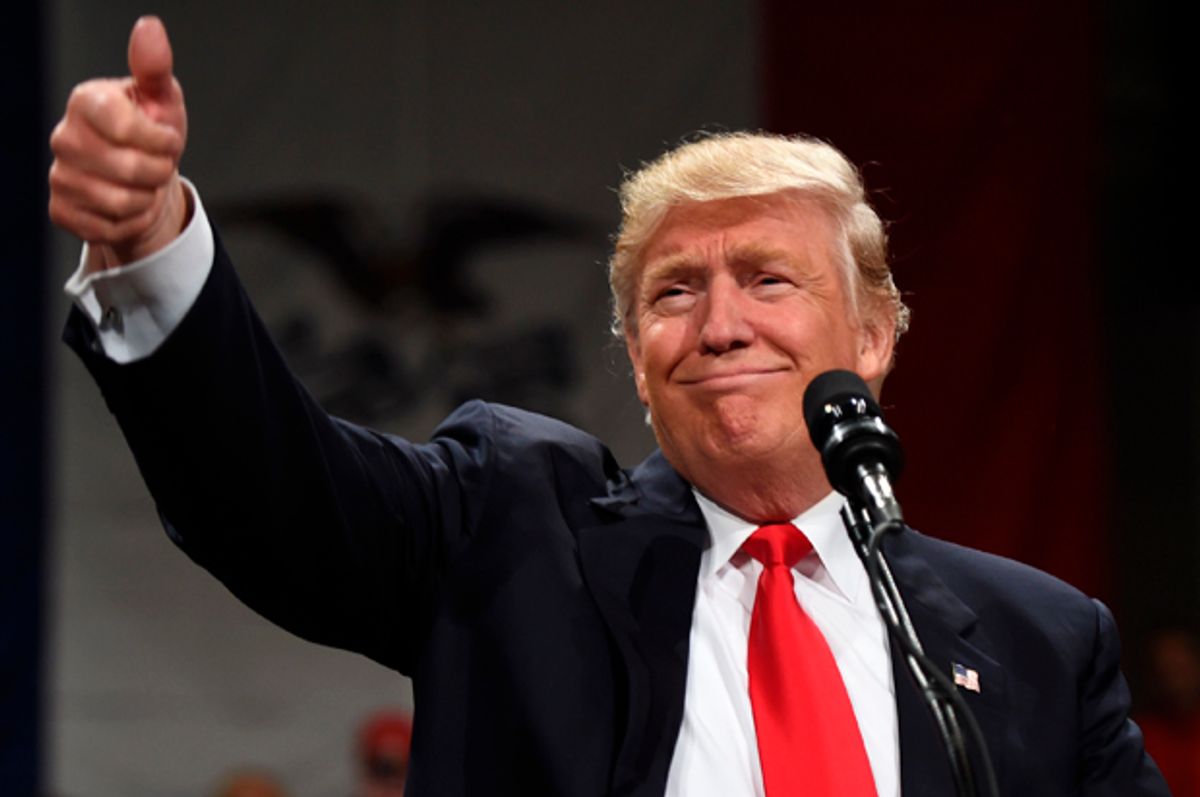 Although Donald Trump is micromanaging his inauguration, according to news reports, it seems like the event will shape up to be rather underwhelming in popularity.

Initially the president-elect was said to be entertaining grand inauguration plans and speaking with producer Mark Burnett (who helped him create "The Apprentice") about Trump's traveling by helicopter from Trump Tower to Washington and unfurling ceremonial flags as he passed his new hotel on Pennsylvania Avenue, The Washington Post reported on Monday.

As recently as last week Trump bragged about how his inauguration would be "very, very special, very beautiful" with "massive crowds." His inaugural committee even managed to raise $90 million (making President Barack Obama's 2009 sum of $53 million look small) by reaching out to wealthy donors and corporations for donations ranging from $25,000 to $1 million.

At the same time, there are early signs that Trump's inauguration will fall short of the mark established by the first inauguration of his predecessor, Barack Obama. Which begs the question of where that $90 million is going. Robin McClain, vice president of Destination D.C., told The Washington Post that hotel bookings are not matching those timed with Obama's 2009 event (although they're measuring up to those for his second inauguration in 2013). City officials have indicated that been more parking permit requests for Saturday, on the day of the Women's March on Washington, than for the inauguration itself.

The media will face their first test of the Trump era in the inauguration itself. Early indications are that it will be poorly attended 1/

and that the protest on Saturday will draw bigger crowds. Will this be reported? Some may remember how media downplayed Iraq war protests 2/

This isn't trivial. Still an open question whether a reign of corruption will be cloaked in the majesty of office. Media have agency! 3/

Nor are these the only ominous signs for Trump's ego. Although Trump claimed last week that all the dress shops in Washington were sold out, Salon found that there were hundreds of available gowns in stores throughout the D.C. area. Tickets to the inaugural balls are being sold for just $50 apiece, while members of Congress are quite literally giving away inauguration tickets for free. One report is even suggesting that scalpers can't sell tickets to inaugural events on the secondary market.

Still, Trump insisted on Tuesday morning that the inauguration will be a grand affair.

People are pouring into Washington in record numbers. Bikers for Trump are on their way. It will be a great Thursday, Friday and Saturday!

Similarly, although Trump has apparently been quite solicitous in trying to line up celebrities to attend his inauguration, his biggest scores of late have been 3 Doors Down, Toby Keith, Lee Greenwood and Jon Voight. Before that, his major gets included the Rockettes, the Mormon Tabernacle Choir and "America's Got Talent" runner-up Jackie Evancho.

Even the Bruce Springsteen cover band, The B Street Band, is taking the "Backstreets" out of D.C.