As Rep. Price's new controversy makes clear, the conflicts of interest in Trumpland aren't limited to Trump himself 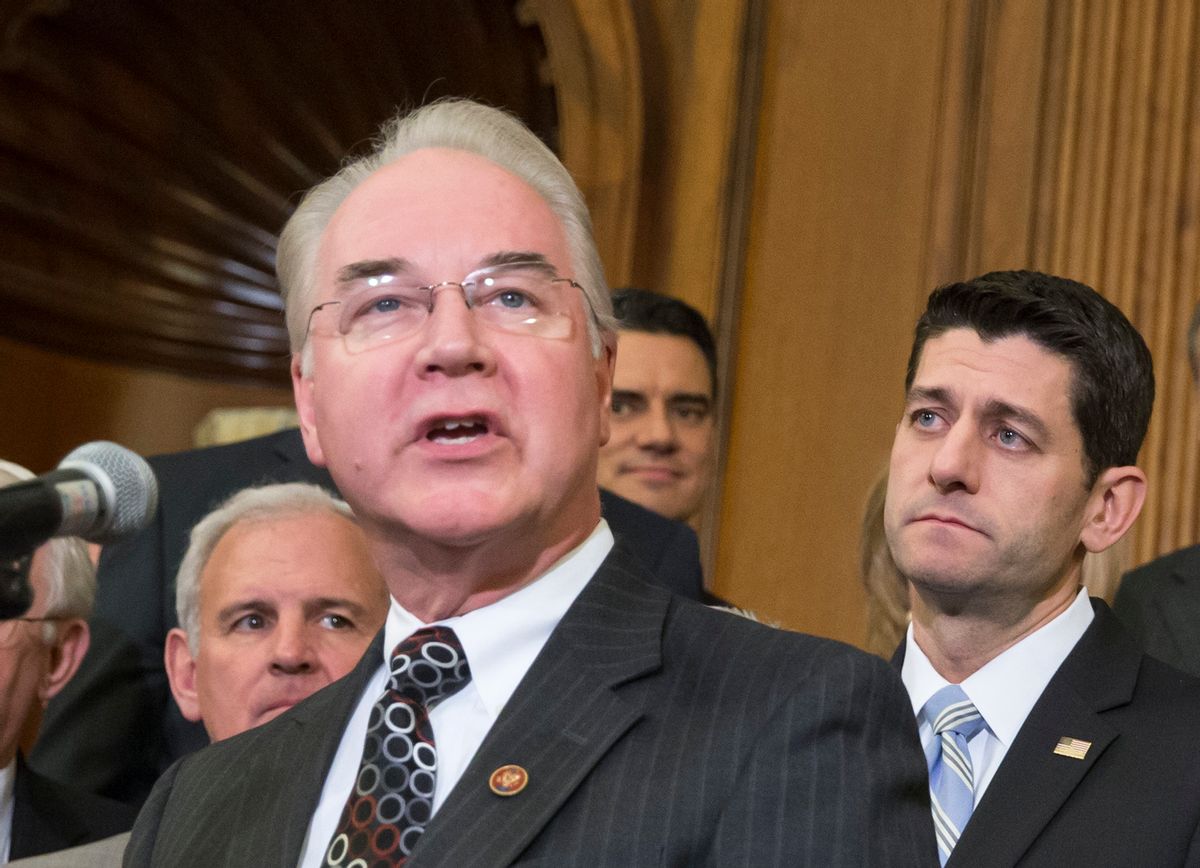 FILE - In this Jan. 7, 2016 file photo, Health and Human Services Secretary-designate Rep, Tom Price, R-Ga. speaks on Capitol Hill in Washington, Thursday, Jan. 12, 2017. Price will sell off stock holdings to avoid any conflicts of interest, or the appearance of a conflict. House Speaker Paul Ryan of Wis. is at right. (AP Photo/J. Scott Applewhite, File) (AP)
--

President-elect Donald Trump's choice for secretary of Health and Human Services, Rep. Tom Price of Georgia, introduced legislation last year that would help a biotech company only days after he purchased stock in it.

Less than a week after buying between $1,001 and $15,000 of shares in Zimmer Biomet, Price introduced a bill known as the HIP Act. Its objective was to delay until 2018 a Centers for Medicare and Medicaid Services regulation that would have impacted payments for the knee and hip implants in which the corporation specializes, CNN reported on Monday. Zimmer Biomet's political action committee subsequently made a donation to Price's reelection campaign.

This isn't the first time that Price has been criticized for pushing legislation that could financially benefit medical companies in which he had invested stock. Last month, it was reported that over the last four years Price had traded roughly $300,000 in shares in health companies that would directly benefit from legislation he was pursuing. As a result of this controversy, Price announced earlier this month that he would divest from 43 companies, including Zimmer Biomet, within three months of being confirmed by the Senate. He has also promised to "not participate personally and substantially in any particular matter" involving companies in which he had not fully divested.

An aide to Price told CNN that Zimmer Biomet is part of a broker-directed account which purchased the stock without his knowledge.

Price began his career as a surgeon in the Atlanta suburbs, where he was widely regarded as a caring and attentive doctor. Nevertheless, his political career has been marked by a seeming abandonment of patients' interests, from opposing a bill that would have required the government to negotiate lower drug prices for Medicare recipients and supporting malpractice compensation caps to voting against regulations that would have treated tobacco like a drug. He has also advocated gutting Medicaid and Medicare, even though Trump himself had promised during his presidential campaign to protect Medicare.