GOP voters loved Donald Trump's sexism, report suggests — but it may also be his undoing 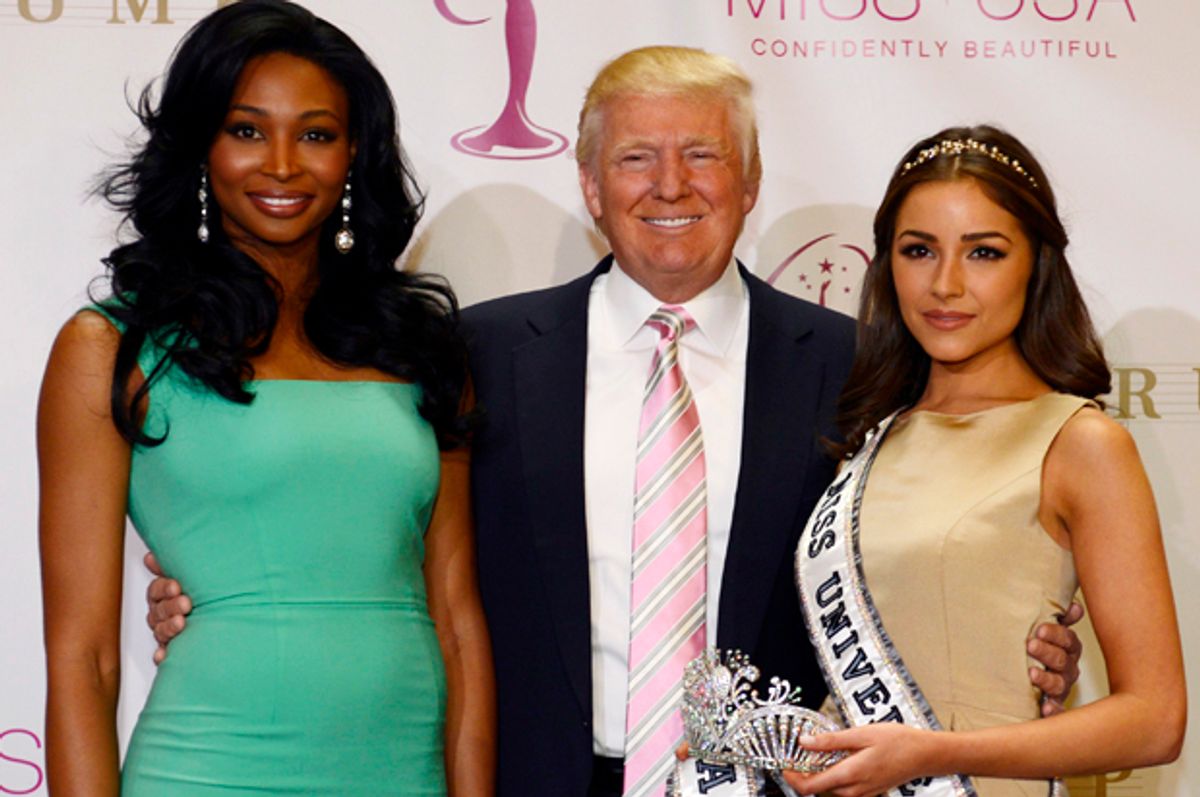 When a tragedy like the election of Donald Trump befalls a nation, it's understandable that people will wonder how we got here. Lots of theories have been offered, from iffy ones like "economic insecurity" to well-evidenced ones like "a whole lot of white people are racist." Nonpartisan research firm PerryUndem's new report suggests that sexism also played a major role in helping Trump squeak out an electoral victory, even though he lost the popular vote by nearly 3 million votes.

But the good news is that Trump's misogyny appears to be serving as a wakeup call for millions of Americans, motivating them to become more involved in politics and fight harder for women's rights.

It's not exactly a surprise that Trump voters, who chose a man who bragged that he likes to "grab 'em by the pussy" over an extremely qualified female candidate, reflect far more sexist attitudes than members of the public at large, according to the new research released on Tuesday. Still, Trump's legion of professional defenders are in the habit of denying that sexism played a role in his win, so it's good to have some hard numbers to counter that nonsense.

Trump voters, especially male voters, appear to widely believe that sexism is a thing women just make up in order to annoy men and score political points, according to the new poll. This belief is so ingrained that many Trump voters have convinced themselves that women have more power and representation than actual statistical evidence shows.

For instance, women hold only 19 percent of the seats in Congress, but, according to PerryUndem, 25 percent of female Trump voters and 32 percent of male Trump voters said they believe that women have equal or even greater representation than men. Nearly half of Trump-voting men polled, 47 percent, simply denied that sexism is a real problem, whereas only 22 percent of the general population said they believe that. A majority of the Trump-supporting men surveyed, 52 percent, claimed that women are equal to or have even more power than men in society. Only 26 percent of the all those surveyed agreed.

This notion that women are just making it all up and that sexism isn't real plays out in a lot of disturbing ways, but at the top of the list is the broad acceptance for sexual assault that the poll discovered in Republican men.

But a whopping 65 percent of the Republican men polled said they were not upset by what sounded quite a bit like our next president admitting to sexual assault.

As the slide, below, from the PerryUndem presentation demonstrates, Republican men in general are in deep denial that sexism exists at all. Some appear to have convinced themselves that women have more power than men. This widespread sexism seems to have bolstered support for Trump. When it came to the respondents in this survey who rated Trump favorably, the second most common trait (after party identification) was believing that his pussy-grabbing comment was no big deal. Being indifferent or even supportive of Trump's comments was more correlated with approval of Trump overall than race, political ideology, geography, age and even overt racism.

But the converse is also true: The more offended respondents were by his comments, the more likely they said they were to be highly motivated to take action against Trump.

This feminist outrage at Trump has resulted in a frenzy of activism, researchers discovered. The No. 1 factor in predicting whether a person would take action — from donating to a cause to running for office to just vowing to follow politics more closely — was outrage at Trump's remarks.

"This is surprising because no other demographic factors are significantly correlated with taking action," including party identification, the slideshow accompanying the poll reads.

This rising outrage "very much explains the Women’s March" that will follow Trump's inauguration, Undem argued on the call.

This matches with what a lot of feminists are observing about this particular historical moment — that there's both a surge in feminism and, in reaction to it, anti-feminism. As I argued in December, one reason that Trump won was that a lot of sexist men — and women! — are furious about feminist gains in the culture. Women are more visible in movies and on TV and, of course, a woman became a major-party presidential nominee for the first time. Campus anti-rape activism is calling into question the casual sexual dominance men have over women in our social lives, even if most men don't use that power to assault women.

This polling suggests that these two trends — women challenging male dominance on an interpersonal scale and women becoming more visible and visibly powerful, through TV and politics — were the two big threats that led to a sexist backlash that helped elect Trump. The irony in this lies in the fact that these are two feminist movements that Trump, as president, will have the least amount of power to stop. He can work to ban abortion or roll back anti-discrimination legislation, but he cannot change the fact that there are lady Ghostbusters or that feminist bloggers are making men feel guilty about rape jokes.

In fact, this data suggests that voting for Trump might even backfire on his sexist supporters.

The Women's March, which now has about 203,000 people on Facebook claiming they are going, is just the tip of this iceberg. The PerryUndem survey found that 44 percent of the respondents said they are speaking up more and 32 percent said they are less tolerant of sexism in their personal lives. More than 40 percent of parents said they are teaching their kids about sexual consent. More than half said they are paying more attention to what their elected officials are up to, which has been demonstrated by the wave of people who have shown up at events and meetings with legislators aimed at trying to stop the repeal of Obamacare.

Trump's sexist words and deeds very likely helped him win the election. They have also cemented the view among feminists and their supporters that he is a uniquely terrible threat, even by Republican standards. Liberals are fired up to fight.