George H.W. Bush, Barbara Bush hospitalized in Houston; the 41st president is being treated in the ICU 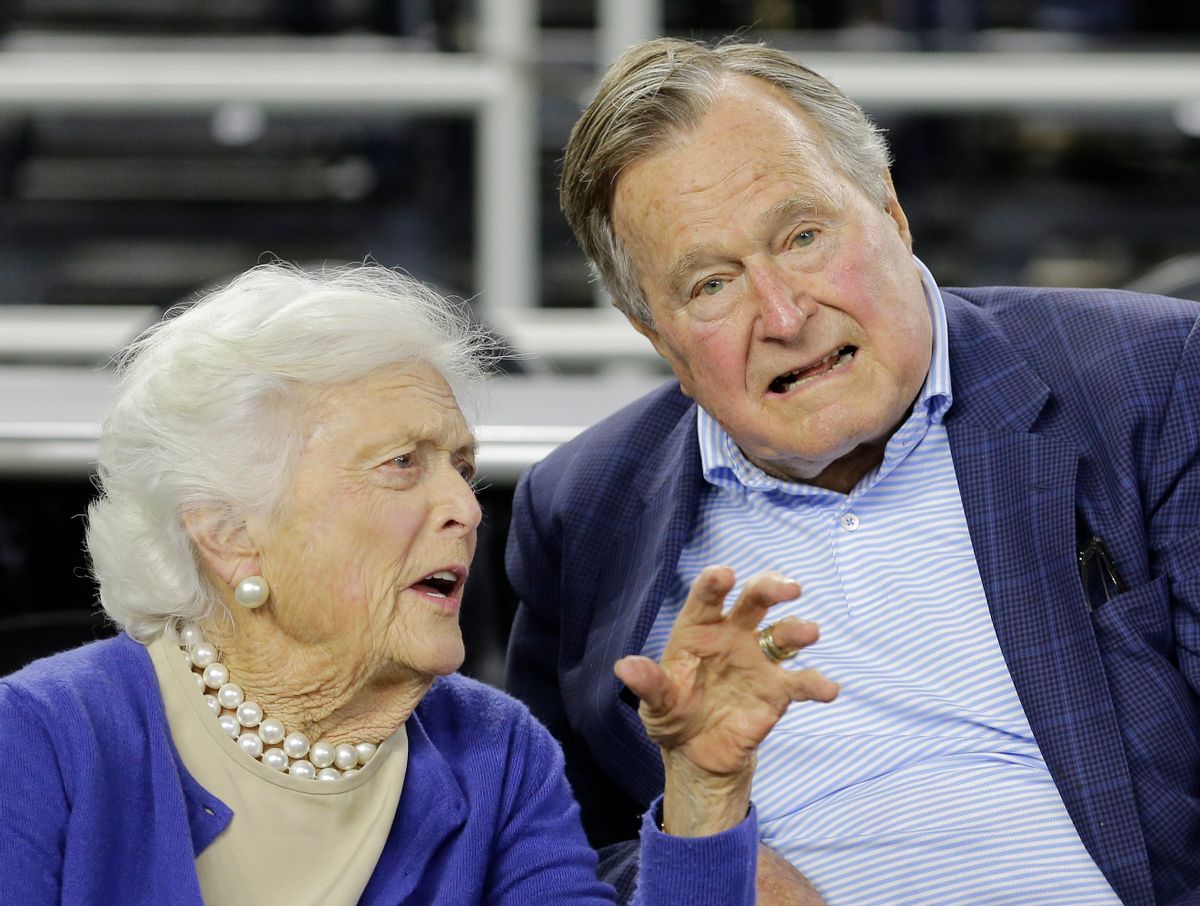 FILE- In this March 29, 2015, photo, former President George H.W. Bush and his wife Barbara Bush speak before the first half of a college basketball game in Houston. The former first lady is promoting literacy on her 90th birthday by lending her backing to a $7 million challenge by X Prize and Dollar General. Theyre challenging developers to create a mobile app to help improve adult literacy skills. (AP Photo/David J. Phillip, File) (AP)
--

The former president arrived at Houston Methodist Hospital in the Texas Medical Center on Saturday with shortness of breath. On Wednesday Bush was transferred into the intensive care unit so as to "address an acute respiratory problem stemming from pneumonia," according to Bush spokesman Jim McGrath.

McGrath also wrote, "Doctors performed a procedure to protect and clear his airway that required sedation." He described the former president as "resting comfortably in the ICU, where he will remain for observation." McGrath provided an update via a tweet:

Here is our update on President and Mrs @GeorgeHWBush. pic.twitter.com/zsoIHE4FlX

McGrath's tweet also mentioned that Barbara Bush also was admitted into Houston Methodist Hospital on Wednesday morning "as a precaution after experiencing fatigue and coughing."

In a letter addressed to President-elect Donald Trump, Bush said that he would not attend the inauguration on Friday:

My doctor says if I sit outside in January, it likely will put me six feet under. Same for Barbara. So I guess we're stuck in Texas.

But we will be with you and the country in spirit. I want you to know that I wish you the very best as you begin this incredible journey of leading our great country. If I can ever be of help, please let me know.

This isn't the first recent indication of Bush's health issues. A December announcement indicated that he would skip Trump's inauguration, to which all surviving former presidents and their wives had been invited, due to both his advanced age and health concerns.