The WikiLeaks founder is hanging on to a technicality 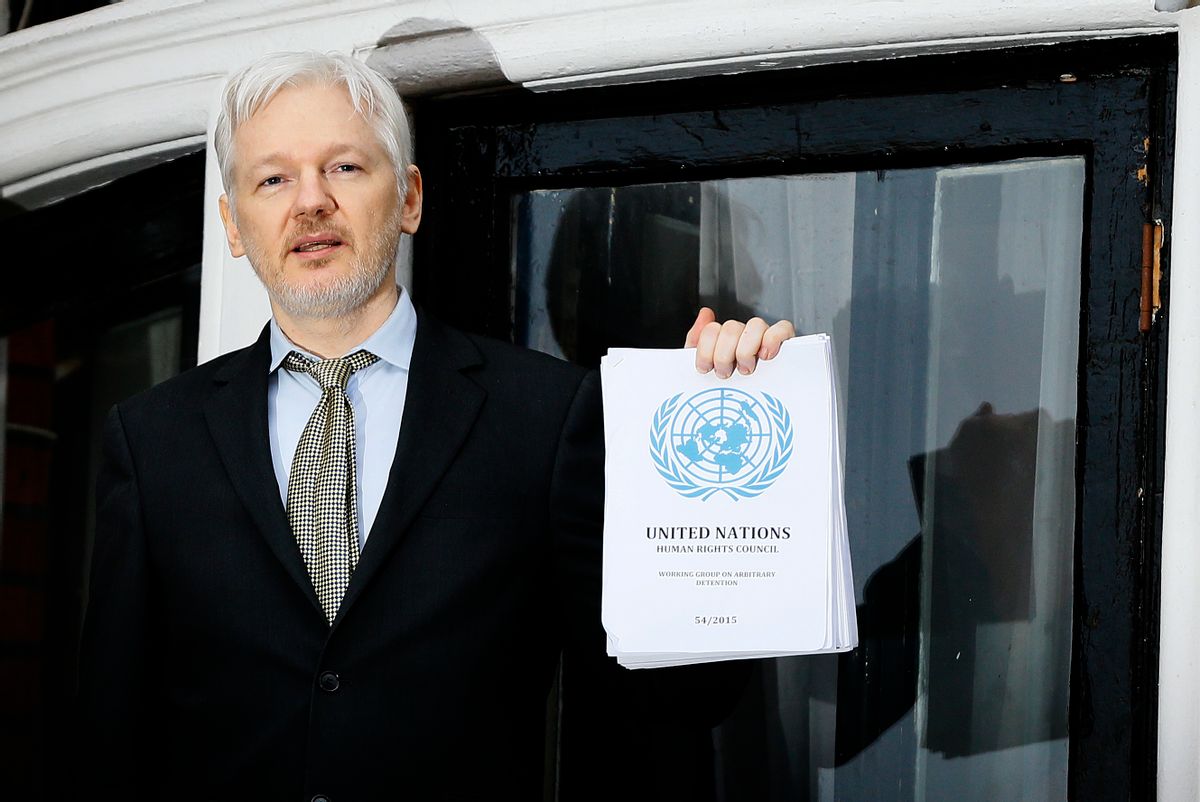 WikiLeaks founder Julian Assange is reneging on the promise he made last week to accept extradition to the United States if President Barack Obama granted clemency to Chelsea Manning.

"Mr. Assange welcomes the announcement that Ms. Manning's sentence will be reduced and she will be released in May, but this is well short of what he sought," said Barry Pollack, Assange’s U.S.-based attorney, in an email to The Hill on Wednesday.

"Mr. Assange had called for Chelsea Manning to receive clemency and be released immediately."

Assange initially suggested that he would accept extradition in return for Manning's commutation in September. His standing offer, which was tweeted on Thursday, did not mention anything about Manning being released immediately.

If Obama grants Manning clemency Assange will agree to US extradition despite clear unconstitutionality of DoJ case https://t.co/MZU30SlfGK

He followed this up on Tuesday with a tweet that reiterated his belief he would be tried and acquitted if extradited.

Assange is confident of winning any fair trial in the US. Obama's DoJ prevented public interest defense & fair jury. https://t.co/Mb6gXlz7QS

After Obama's decision to commute Manning's sentence was announced, Assange first proclaimed victory and indicated that he would come to the United States so long as his constitutional rights were respected. Neither of these tweets made any reference to wanting Manning released immediately or that this was a precondition to Assange's accepting extradition.

Assange is still happy to come to the US provided all his rights are guarenteed despite White House now saying Manning was not quid-quo-pro.

A member of Assange's legal team told the Associated Press on Wednesday that "everything that he has said he’s standing by," further suggesting that he was prepared to be extradited.

Although Manning isn't going to be released until May 17, she actually is being released as soon as the penal system renders possible. The delay is caused by the standard transition period which exists for commutations to time served, as a senior administration official explained to The New York Times on Tuesday. It is unclear whether Assange is aware of this.