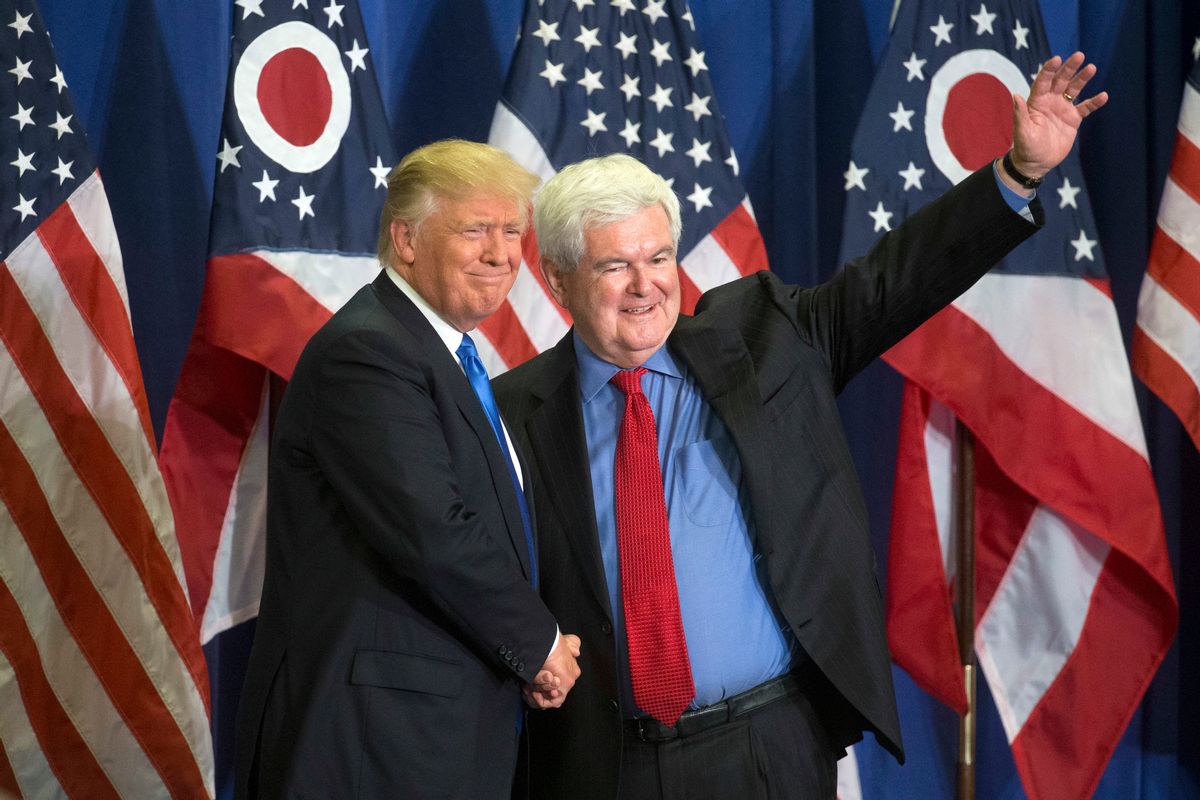 Former House Speaker Newt Gingrich, who was one of Donald Trump's staunchest supporters during his presidential campaign, now wants to abolish the Congressional Budget Office because it keeps using facts to undercut the president-elect's economic claims.

"The Congressional Budget Office (CBO) is simply incompatible with the Trump era," Gingrich wrote on his personal blog on Friday. He then focused his complaint on CBO's then-anticipated report on the impact of repealing the Affordable Care Act.

"It is a left-wing, corrupt, bureaucratic defender of big government and liberalism," Gingrich wrote. "Its scoring of Obamacare was not just wrong, it was clearly corrupt. CBO literally brought in the architect of Obamacare to be the adviser on scoring the very Obamacare legislation that he helped write. The score was a lie. It was so wrong it was totally indefensible. A year later the CBO produced a new score that was so much more expensive that it was clear Obamacare would have been defeated if it had been the original score."

On Tuesday, the Congressional Budget Office revealed that a 2015 bill to repeal the Affordable Care Act would increase the number of uninsured Americans by 18 million in the first year. That number would be expected to increase to 32 million by 2026. It also estimated that premiums in the nongroup market would increase by 20 to 25 percent within the first year and would roughly double by 2026.

Gingrich's opposition to the Congressional Budget Office comes amid tremendous skepticism about whether Trump can achieve his plan of massive tax cuts for corporations and the richest Americans, building a giant wall on the U.S.-Mexican border, repealing Obamacare (which alone is expected to add $9 trillion to the national debt), and protecting Social Security and Medicare without causing massive deficits.

Because the Congressional Budget Office was specifically designed to be nonpartisan, it can provide an objective analysis of the ultimate fiscal impact of Trump's various policies. Without it, Americans would have to rely on the Office of Management and Budget — which, thanks to Trump's election, will be controlled by the Republicans.