WATCH: The search for Malaysia Airlines flight is over, leaving more questions than answers

Although the search for MH370 was called off, and many questions still linger

By Charlie May - Kristen Gelineau 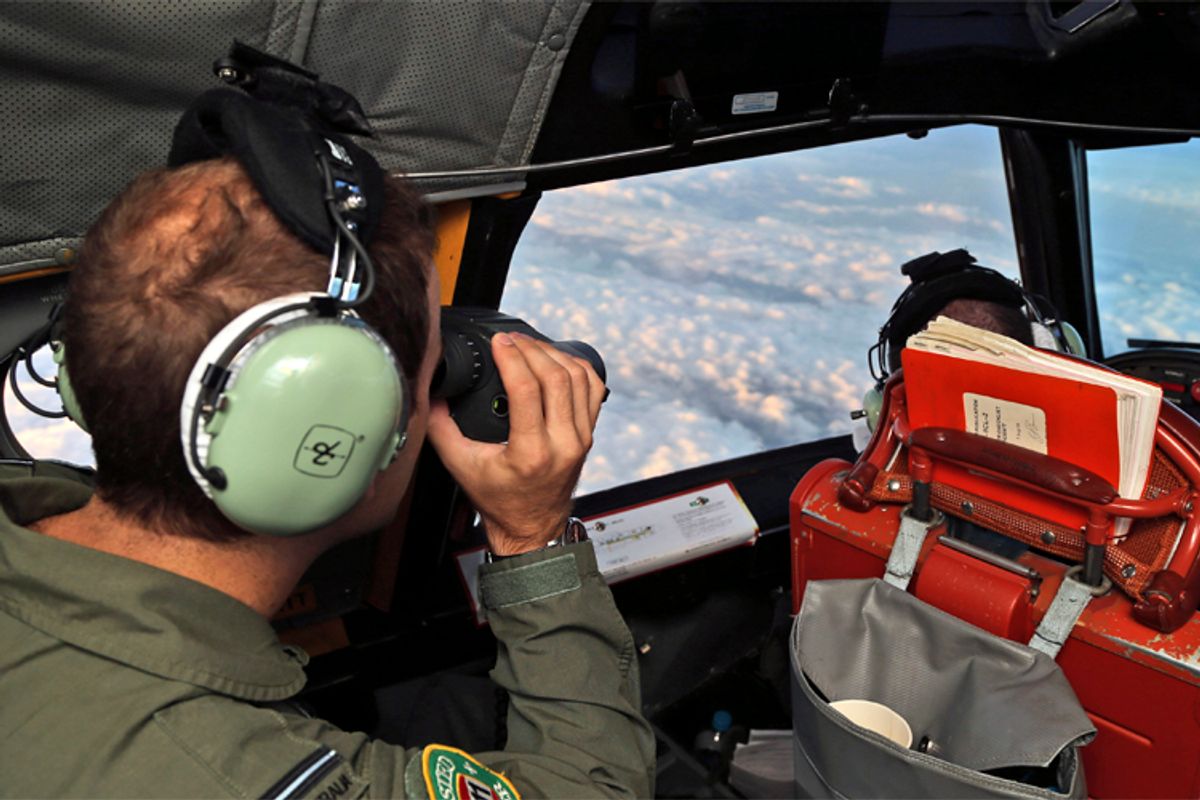 A crew member aboard a Royal Australian Air Force (RAAF) AP-3C Orion uses binoculars as it flies over the southern Indian Ocean during the search for missing Malaysian Airlines flight MH370. (Reuters/Rob Griffith)
--

SYDNEY — After nearly three years, the hunt for Malaysia Airlines Flight 370 ended in futility and frustration Tuesday, as crews completed their deep-sea search of a desolate stretch of the Indian Ocean without finding a trace of the plane.

The Joint Agency Coordination Center in Australia, which has helped lead the $160 million hunt for the Boeing 777 in remote waters west of Australia, said the search had officially been suspended after crews finished their fruitless sweep of the 120,000-square kilometer (46,000-square mile) search zone.

"Despite every effort using the best science available, cutting-edge technology, as well as modelling and advice from highly skilled professionals who are the best in their field, unfortunately, the search has not been able to locate the aircraft," the agency said in a statement. "Accordingly, the underwater search for MH370 has been suspended."

Officials investigating the plane's disappearance have recommended search crews head north to a new area identified in a recent analysis as a possible crash site. But the Australian government has already nixed that idea.

Last year, Australia, Malaysia and China — which have each helped fund the search — agreed that the hunt would be suspended once the search zone was exhausted unless new evidence emerges that pinpoints the plane's specific location. Since no technology currently exists that can tell investigators exactly where the plane is, that effectively means the most expensive, complex search in aviation history is over.

While the plane is made up of three million components, only three pieces of washed up debris has been confirmed as coming from the missing aircraft.