Rep. Jamie Raskin says the president-elect's business dealings put him on a crash course with the Emoluments Clause 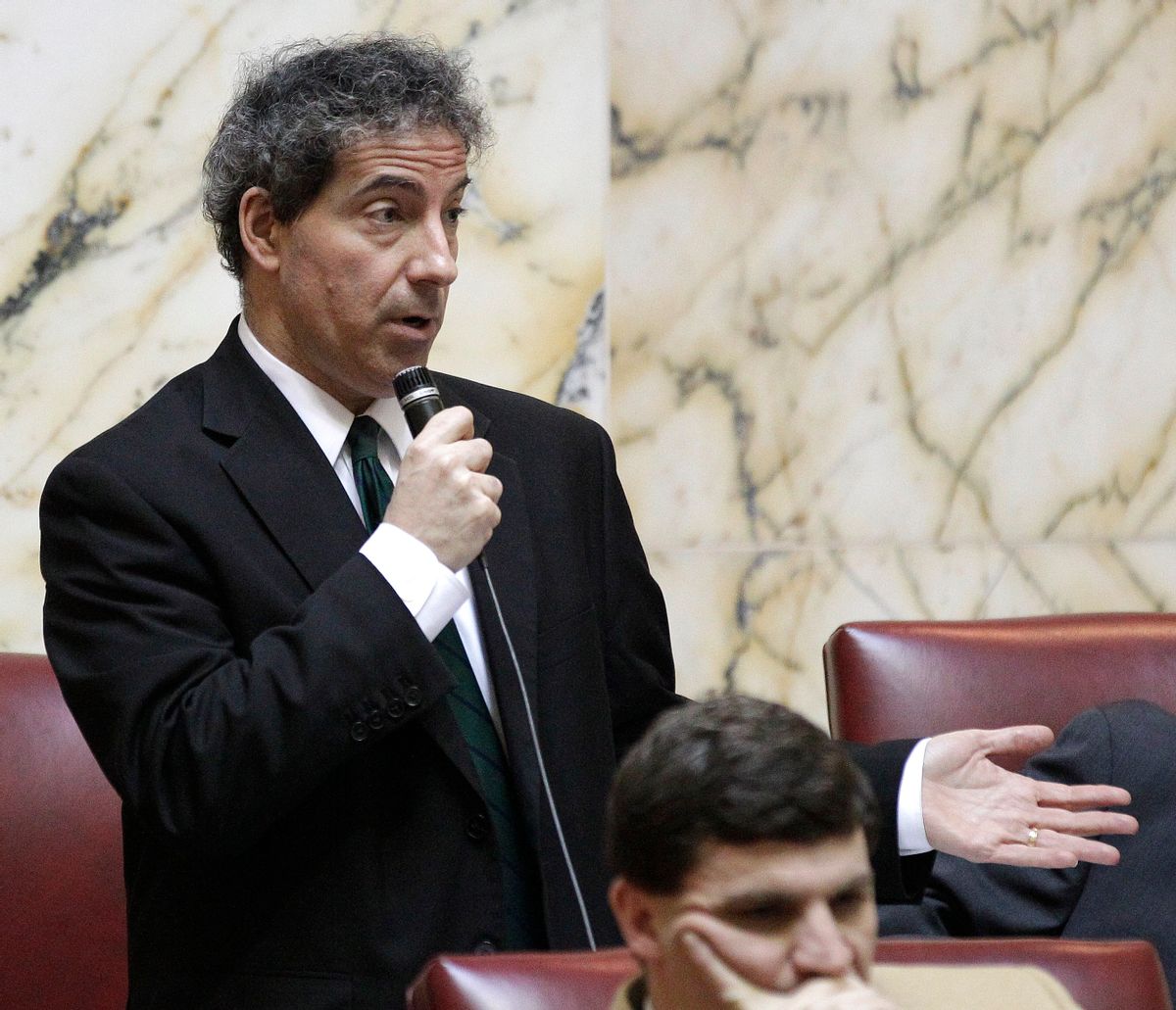 Donald Trump won't be sworn into office for another 48 hours, and at least one Democratic congressman has already seen enough.

In a discussion with "Young Turks" reporter Eric Byler at the Bowie State University health care rally this weekend, newly elected Rep. Jamie Raskin, D-Maryland, revealed that one of his first orders of business will be impeaching the president-elect.

"Right now it looks pretty obvious that he's on a collision course with the Emoluments Clause," he noted. "He has refused to divest himself of tens or hundreds of millions of dollars of business interests he has around the world doing business with foreign governments."

As Raskin rightly observes, the Emoluments Clause is designed to inoculate the executive office from corrupting foreign influences.

"It says that no elected official, either member of Congress or the president of the United States, can accept a gift, an emolument or any payment at all from a foreign government," Raskin continuted. "He [Trump] just simply refuses to accept that reality. So if he goes into office and he refuses to divest himself, the moment that the first conflict comes up, that's going to look like an impeachable offense."

Raskin knows what he's talking about. In addition to representing Maryland's eighth congressional district, he is a constitutional law and legislation professor at American University in Washington, D.C., and the director of the university's Program on Law and Government Leadership. He is also a major proponent of the national popular vote agreement discussed at the House Judiciary Committee's forum, "The Electoral College and the Future of American Democracy," which took place four weeks after Trump's election.

"The reason that we have a constitution of the United States is because we believe in the rule of law, and it's not all about what [Trump] thinks he can get away with, with the 36 or 38 percent of the people who support him," Raskin observed. "The vast majority of people don't support [Trump] but even if they did, it wouldn't make any difference if he's violating the constitution of the United States."

In the meantime, Raskin aims to hold Trump accountable for his health care-related campaign promises.

"[Trump] has said several times in questions about health care that we need health care for everybody," Raskin told rally goers.

"Look it up. He has said that we need a universal plan."