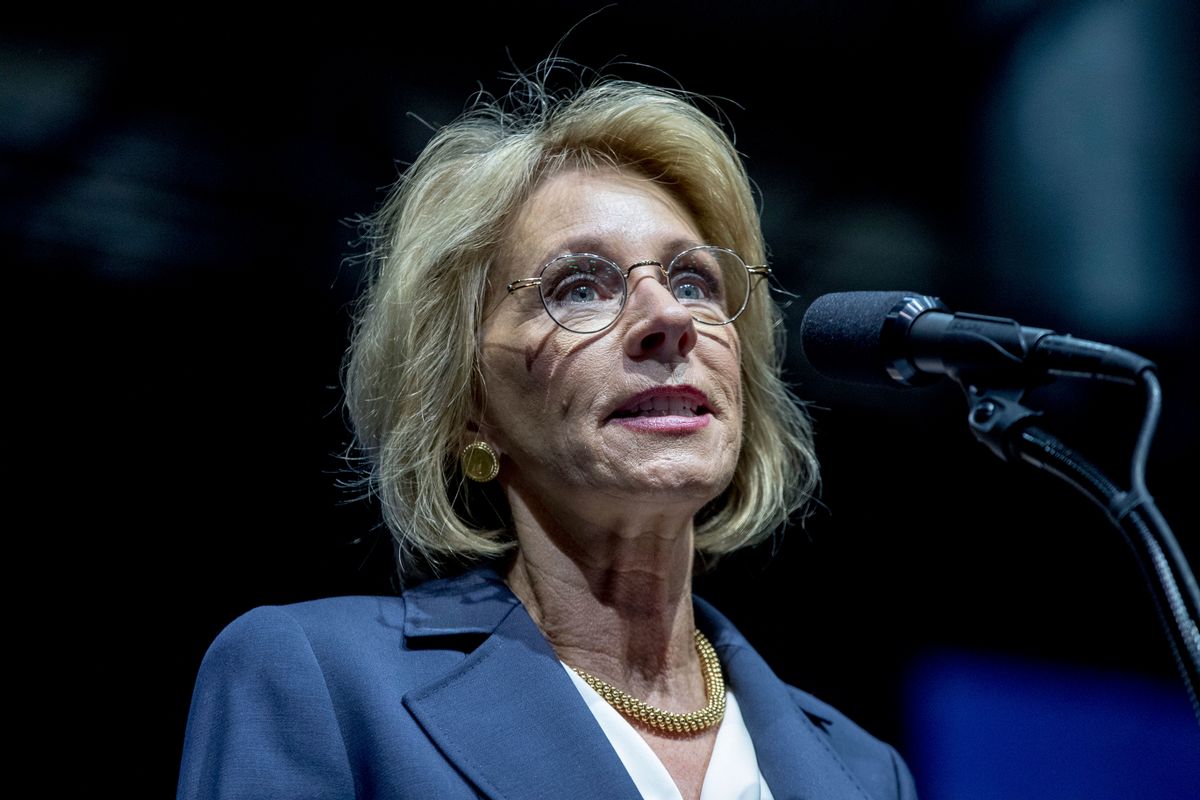 Betsy DeVos, the charter school and school choice advocate nominated by President-elect Donald Trump to lead the education department, once accused many of her fellow Republicans of opposing school choice out of latent racism.

"Many Republicans in the suburbs likes the idea of education choice as a concept, right up until it means that poor kids from the inner cities might invade their schools," DeVos said in a 2015 speech unearthed by CNN at the South by Southwest education conference. She warned in advance the speech would be "politically incorrect" about her opponents. "That's when you'll hear the sentiment 'well, it's not really a great idea to have poor minority kids come to our good suburban schools' though they'll never actually say those words aloud."

DeVos went on to recall a Michigan Republican legislator who she claimed opposed public school choice because his suburban district bordered the city of Detroit, which has school children that are predominantly African American. She also claimed that Democrats largely oppose school choice due to their support for teachers unions, although she praised Democratic politicians like Cory Booker and Andrew Cuomo for breaking from the party line on this issue.

DeVos' confirmation hearing has been particularly contentious. On Tuesday she was called to account by Sen. Tim Kaine, D-Virginia, and Sen. Maggie Hassan, D-New Hampshire, for seeming to be unfamiliar with a federal law known as the Individuals With Disabilities Act (IDEA); hedging her response to a question by Sen. Bernie Sanders, I-Vermont, on guaranteeing affordable college education to low-income students; and deflecting a question from Sen. Patty Murray, D-Washington, on whether she could be trusted to not take money away from public schools.