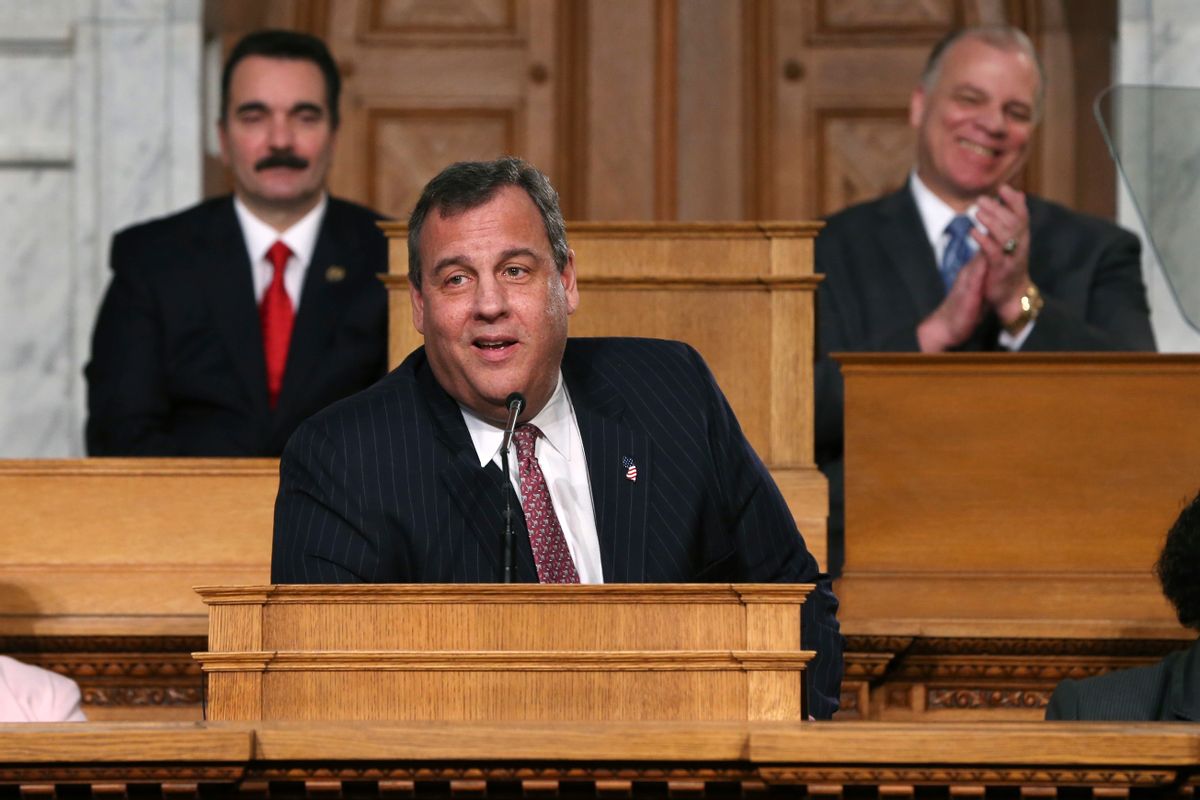 New Jersey Gov. Chris Christie, who reportedly was rejected numerous times by President-elect Donald Trump is saying that he wasn't spurned — he just wasn't planning on moving to Washington. And for that, he blamed his wife, Mary Pat Christie.

"He didn't offer me a job that I thought was exciting enough for me to leave the governorship, and my family," Christie said Wednesday morning on New York sports radio station WFAN.  "Because Mary Pat made really clear she wasn't coming to D.C."

Carton responded, "You would have had to given at least a two-year commitment to be there?"

This isn't the first time that Christie has tried to put a gloss on his fall from grace. One New Jersey Republican insider told Politico last week that Christie is "one who feels that there will be a good amount of turnover, and so Trump will be looking for a range of different people and talents as time goes on."

In fact, Christie's chances of ever returning to Trump's inner circle are uncertain. For one thing, Christie is allegedly loathed by Trump's trusted son-in-law Jared Kushner, whose father Christie managed to send to prison when he was a U.S. Attorney. Kushner reportedly played a key role in Trump choosing Mike Pence instead of Christie for the vice presidency and for getting Christie fired from the transition team. Additionally, Christie's approval ratings in New Jersey are at an all-time low of 18 percent, due in large part to the lingering fallout from the Bridgegate scandal. To add insult to injury, Trump hired a Christie aide fired during over the scandal.

At this point, his only hope is that Trump follows through on a comment he made to The Wall Street Journal on Friday. After stating that "at some point we’re going to do something with Chris," Trump added, "don’t forget, we have a lot of positions . . . There are a lot of positions and the positions come up again. Because when they’re filled, somebody stays for eight years, somebody stays for two years, you never know. But we’ll be involved with Chris. Chris is a friend of mine. Chris is a great guy."

Of course, given Trump's notoriously fickle and transactional nature, this statement may not mean much until an actual job offer is tendered.