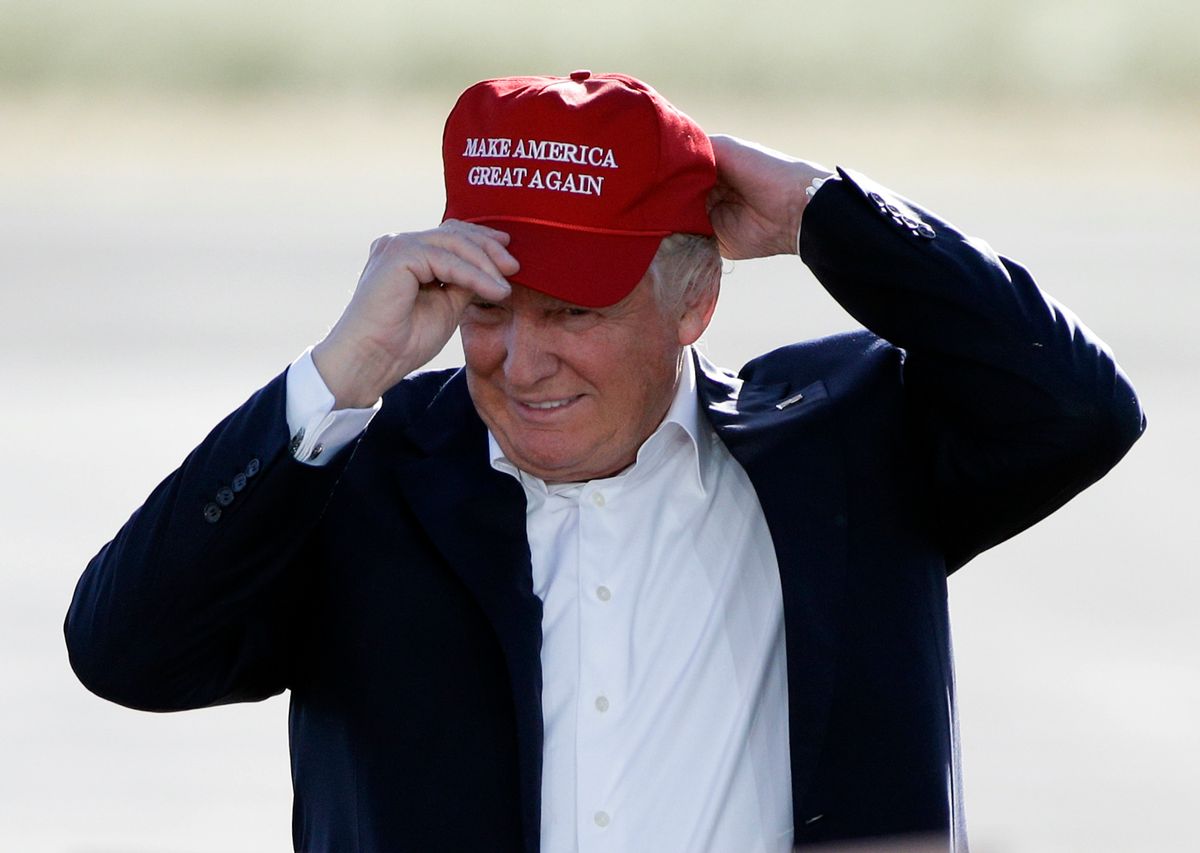 Donald Trump is relying on a blueprint budget from the conservative Heritage Foundation and the guidance of a former Rand Paul staffer to deliver the most extremely right-wing restructuring of the federal government in decades.

The Trump transition team has been at work for months with career staffers at the White House and throughout the federal bureaucracy to draft a plan to cut $10.5 trillion out of the federal government over 10 years, according to multiple reports.

The president-elect vowed to slash government spending on the campaign trail, promising to add those savings to the massive budget of the Department of Defense. New reporting now outlines just which parts of the federal government will be eliminated by the incoming Trump administration.

So-called "landing teams" have been assigned by the Trump transition team to federal agencies in order to develop a plan to cut some department budgets by as much as 10 percent while slashing 20 percent from the federal workforce. According to the Hill, this effort is being headed by two longtime conservative spending hawks — Russ Vought, who has a reputation for pressuring moderate Republicans while at the right-wing Heritage Foundation, and John Gray, a former staffer for libertarian-leaning Republican Sen. Rand Paul — both also staffers for Vice President-elect Mike Pence.

Although the Heritage Foundation initially branded Trump as a big-government liberal in conservative’s clothing, his pick of Mike Pence as his running mate pleased the anti-tax and anti-spending group that has since emerged as one of the most influential forces shaping the president-elect’s transition team. Trump's pick of a budget hawk, South Carolina Rep. Mick Mulvaney, to head the Office of Management and Budget, provided a clearer sign that the long sought massive cuts in the bureaucracy will be a top priority in the new administration.

Most past presidents have measured success in "cutting" the budget by how much they reduce the growth of spending from year to year. For instance, if federal spending typically grows by 2 percent or more year over year, freezing spending at the current rate could be considered a reduction in future spending. Trump's plan looks to go even further with actual cuts just as a new U.S. Government Accountability Office report released on Tuesday found that "the structural gap between revenues and spending puts the federal government on an unsustainable long-term fiscal path.”

With government spending outpacing revenues throughout the year, the fiscal in 2016 deficit totaled nearly $587 billion, or about $148 billion more than the previous year’s shortfall. Last August, the non-partisan Congressional Budget Office reported that the fiscal 2016 budget deficit would increase in relation to gross domestic product for the first time since 2009 and would continue to rise for the coming decade.

“The longer action is delayed, the greater and more drastic the changes will have to be,” the GAO said in its report, urging Congress and the new administration to consider new innovations in managing the country’s long-term debt beyond existing statutory discretionary spending caps.

But Trump's cuts would target only discretionary spending, not mandated programs such as Medicare or Social Security, the Washington Examiner reported Wednesday.

Part of Trump's plan to reduce spending involves the penny plan, which would cut back certain agencies' budgets by one cent for every dollar spent over several years. In total, the administration aims to cut spending by $10.5 trillion over the next decade. All federal discretionary spending amounts to roughly $1.1 trillion a year, so cutting $1.05 trillion a year under Trump's 10-year plan means cutting nearly all of the government's discretionary spending. All federal budget expenditures in 2016 totaled an estimated $3.9 trillion.

At the Department of Justice, Trump's plan would eliminate programs that aim to prevent violence against women, encourage community-oriented policing, and provide legal aid to the indigent. The Heritage Foundation has called those programs a “misuse of federal resources and a distraction from concerns that are truly the province of the federal government.”

Trump's transition team reportedly also wants to eliminate all funding for the Minority Business Development Agency, the National Endowment for the Arts, and the National Endowment for the Humanities, which offers grants to museums, educational institutes, researchers, and authors. The Corporation for Public Broadcasting, which distributes funding to nearly 1,500 locally owned public radio and TV stations would be privatized, according to the Hill. Three years ago, the NEH and NEA were pushed out of the Old Post Office in Washington, D.C. to make way for Trump's newest hotel.

At the Energy Department, Trump's plan would eliminate the Office of Energy Efficiency and Renewable Energy and Office of Fossil Energy, which develops technologies to reduce carbon emissions. The so-called skinny budget would also drastically reduce funding for the DOJ’s Civil Rights and Environment and Natural Resources divisions.

But as the Washington Post's Phillip Bump pointed out, eliminating some of these public arts programs only amounts to a quarter of 1 percent of the entire budget. The majority of federal government spending is allocated to non-discretionary programs like Social Security and Medicare that cannot be easily slashed or eliminated.

Trump has repeatedly pledged not to cut spending on these so-called entitlement programs.

The incoming Trump administration has also trumpeted plans to increase infrastructure and military spending, all while passing big tax cuts for corporations and individuals. Without cutting defense or entitlement spending, it will be nearly impossible—short of completely eliminating every other part of the federal government—to get to the reported $1 trillion in cuts Trump is seeking every year. Perhaps that is why even the original Heritage "skinny budget" also cut out-of-control military spending.

Trump's budget proposal should be released within 45 days of Trump taking office, according to the Hill, and the full budget would have to be approved by Congress. Trump's cuts are similar to those in the budget adopted by the conservative Republican Study Committee, representing a majority of House Republicans. But when that similarly draconian budget came up for a vote in the GOP-controlled House in 2015, it was rejected by a vote of 132 to 294.