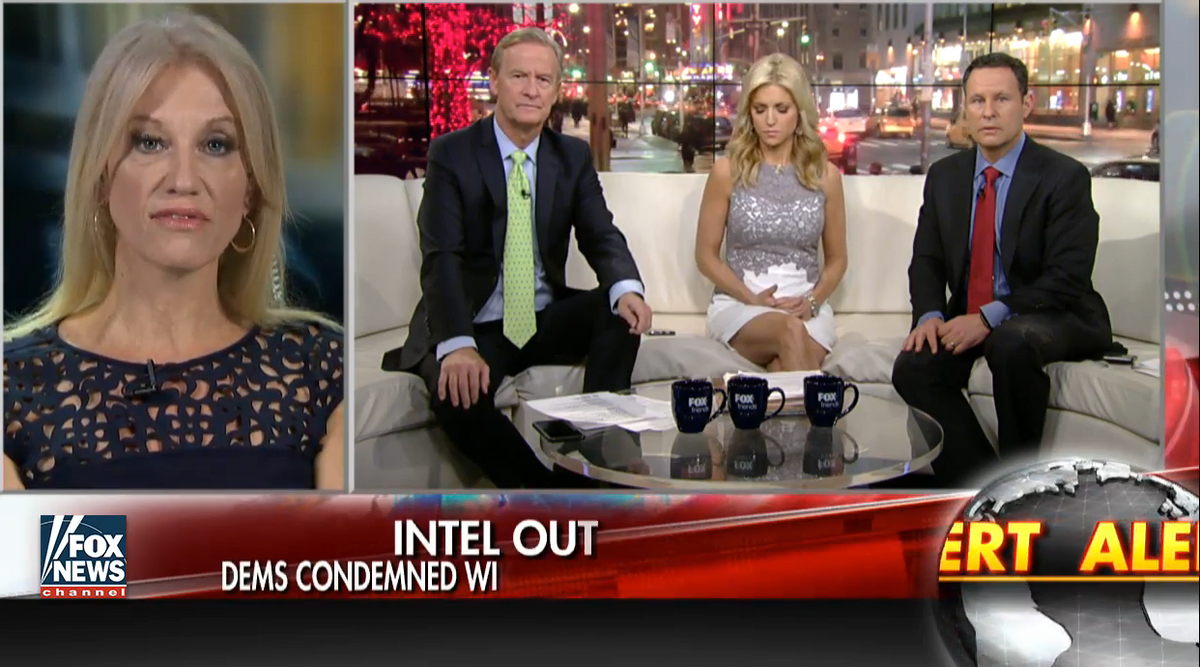 President-elect Donald Trump's key Cabinet nominees are not exactly dead in the water, but they are floundering, as this week's confirmation hearings have revealed holes in the résumés of some of Trump's picks.

Rep. Tom Price of Georgia, Trump's choice for secretary of Health and Human Services, for example, was hit hard by Democrats for a perceived conflict of interest. Betsy DeVos, the billionaire Trump pegged to run the Department of Education, was schooled by Democratic senators for her lack of basic knowledge of the issues.

Still, Republicans are blaming Democrats for highlighting those major problems. The go-to defense of Trump's Cabinet nominees from top Republicans has been to dismiss the concerns of the left as simple partisanship.

"This idea of humiliating and trying to embarrass qualified men and women who just wish to serve this nation is reprehensible," Kellyanne Conway, Trump's incoming senior counselor, said on "Fox and Friends" Wednesday morning.

"Not one child who needs a better education benefited from any of those incendiary questions yesterday," Conway said of DeVos' hearing. "But of course Mrs. DeVos handled herself with grace and elegance that we know her to have."

Democrats on Tuesday pressed DeVos on issues ranging from the Individuals With Disabilities Act (IDEA) to firearms in schools, but Trump's nominee was mostly evasive in her answers, showing that she had not really formulated an opinion on anything that relates to education policy.

The common denominator between most of Trump's Cabinet picks is that they have "earned a great living," as Conway put it Wednesday while defending Rep. Tom Price, the Health and Human Services pick who was hammered for allegedly unethical trading on medical stocks his legislation helped. Conway called Price a "shrewd investor," while at the same time downplaying the trade as being "done by a broker. It's not like he is out there dealing with things with which he will have dominion."

"This is just another example of how they are just trying to embarrass and humiliate an otherwise eminently qualified nominee. I will tell you this comes down to hundreds, if not a few thousands of dollars" Conway said. "You can't really pay that money to get into a Chuck Schumer fundraiser."

Republican senators have also rushed to the defense of Price and DeVos. This week, Sen. Tim Scott of South Carolina offered unequivocal support for the Cabinet hopefuls.

"Betsy's tougher than she looks, which is a good thing, and her answers to the vast majority of the questions were spot on," Scott told Politico. When it came to Price, Scott insisted, "It is not unusual for members of Congress to trade stocks. And their answer is and should be did they do it legally? And every answer I've seen is that he did."