Before he leaves his private note to President-elect Trump, Obama has some public thoughts to share with America 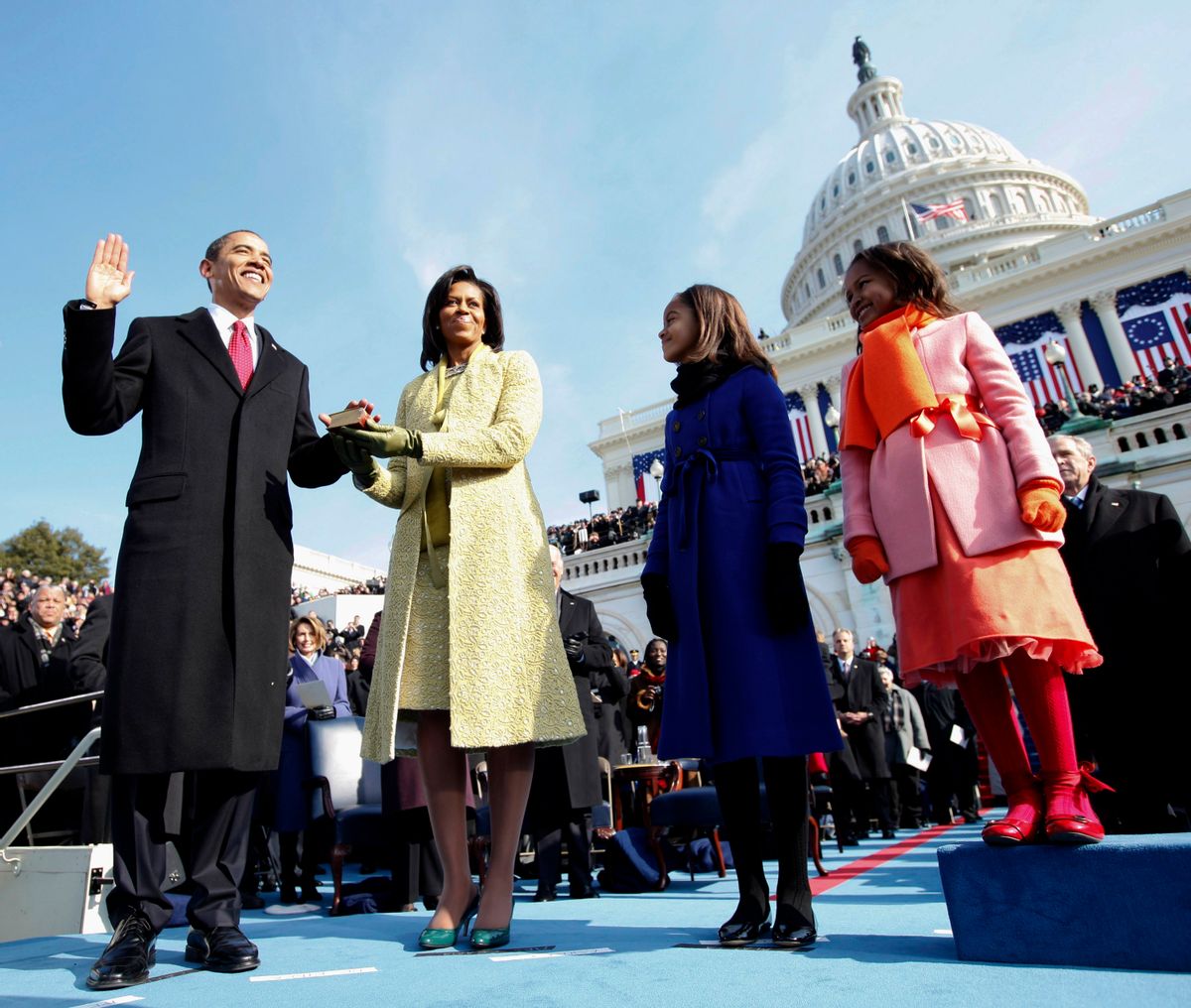 FILE - In this Jan. 20, 2009, file photo, Barack Obama, left, takes the oath of office from Chief Justice John Roberts, not seen, as his wife Michelle, holds the Lincoln Bible and daughters Sasha, right and Malia, watch at the U.S. Capitol in Washington. Donald Trump will be following some giant footsteps when he gives his inaugural speech. (AP Photo/Chuck Kennedy, Pool) (AP)
--

One day before he leaves the presidency, Barack Obama has published an open letter to the American people thanking them for making him "a better President" and "a better man."

The president also describes how his fellow Americans "have been the source of goodness, resilience, and hope from which I've pulled strength. I've seen neighbors and communities take care of each other during the worst economic crisis of our lifetimes. I have mourned with grieving families searching for answers -- and found grace in a Charleston church."

I've taken heart from the hope of young graduates and our newest military officers. I've seen our scientists help a paralyzed man regain his sense of touch, and wounded warriors once given up for dead walk again. I've seen Americans whose lives have been saved because they finally have access to medical care, and families whose lives have been changed because their marriages are recognized as equal to our own. I've seen the youngest of children remind us through their actions and through their generosity of our obligations to care for refugees, or work for peace, and, above all, to look out for each other.

I've seen you, the American people, in all your decency, determination, good humor, and kindness. And in your daily acts of citizenship, I've seen our future unfolding.

He concluded by encouraging Americans to continue "the joyous work of citizenship" even when there isn't an election, adding for his supporters that are disenchanted by Trump's victory that "when the arc of progress seems slow, remember: America is not the project of any one person. The single most powerful word in our democracy is the word 'We.' 'We the People.' 'We shall overcome.'"

He closed by reiterating his famous campaign slogan, "Yes, we can."

On the same day, First Lady Michelle Obama included a powerful photograph of herself and her husband on the White House patio.

Being your First Lady has been the honor of a lifetime. From the bottom of my heart, thank you. -mo