WATCH: "The Cook Up: A Crack Rock Memoir" — a year later

Salon's very own D. Watkins discusses his trials and tribulations in the drug game 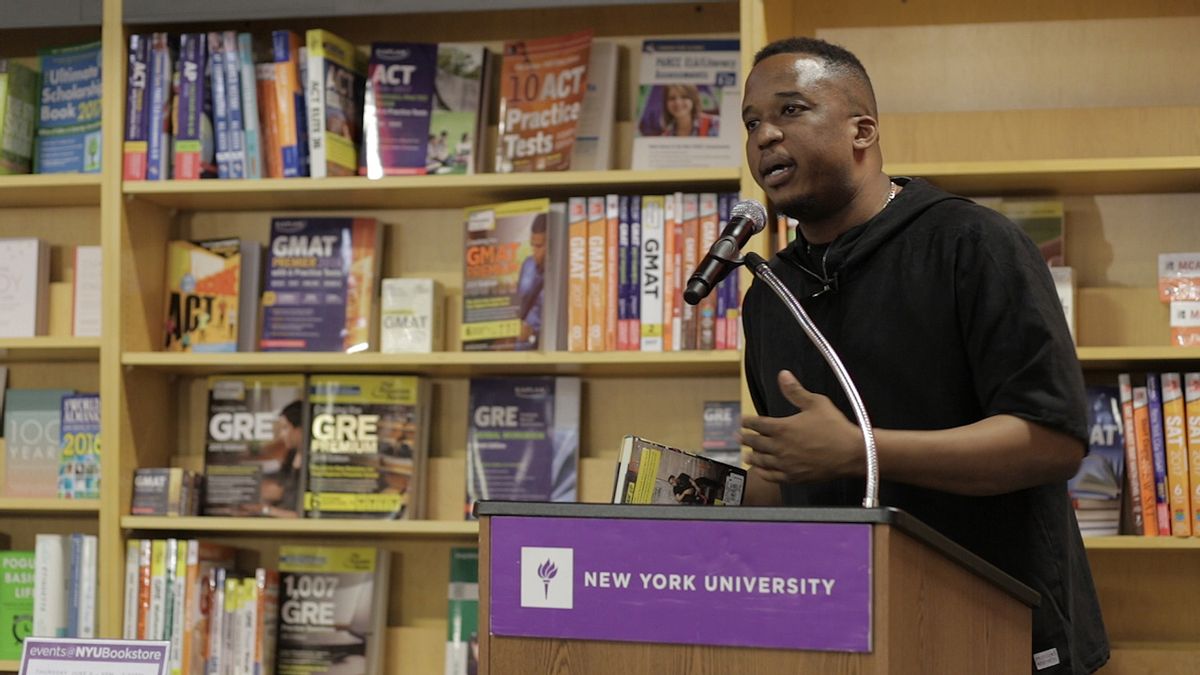 My book "The Cook Up" is coming up on its one-year anniversary. Surprisingly it became a New York Times best-seller, and I never thought this book would push me clear across the country, introducing me to all types of people — artists, activists, scholars and, most important, kids facing the same struggles I had to overcome.

I’ve learned that addiction has no color. And people of all different backgrounds have so much in common — whether it's the students I met in Jonesboro, Arkansas; the mentors I fellowshipped with in the Bay Area; and even those back in my East Baltimore block. We are identical at the core; we all want to experience success. We want to grow. We love our families. We want them safe and to be able to experience the American Dream.

I use art to explain these things, and admittedly at times it’s difficult. The drug game has changed since I was a kid. I’m a dinosaur, a house phone, a walking tombstone. Friends mentioned in the earlier version of "The Cook Up,"
some of the guys who even made it to the book launch in Baltimore, are now dead and gone. R.I.P. to Cheese and Pretty Boy Kory.

There’s a shortage of us thirty-somethings who barely crawled out of the 1990s, leaving me to be one of the few cats from that era with positive insight. And trying to define those harsh times to these new dealers with their painted-on jeans and drug habits worse than the junkies they serve is tougher than a solving MIT algorithm. I don’t understand their language, their moves, the selfies they take with their weapons or the point of their slangin'. The money is even less than it was when I was active.

But when the young bulls do listen, I explain that in Baltimore, 97 percent of the people born into poverty die in poverty, and I understand that being a heroin dealer is one of the few jobs that is always hiring. It’s been like that in our inner cities and will continue to be like that until the unfair drug policies, hiring practices and the collection of broken systems that surround them are dismantled.

And we must acknowledge that government and big business profit off those same policies, so they aren’t excited to change anything — which means it’s up to us. We are responsible for orchestrating the changes we want to see and kicking out the drugs from our communities. This isn’t a part-time fight; it’s a lifelong commitment.

My writing "The Cook Up" has been just a small step in my journey of taking back the narrative, which is key in fighting this war. And even though there is still so much to do, I’d like to stop and thank everyone who has helped for their support.