Donald Trump wanted a military parade down Pennsylvania Avenue, but settled for a 20-plane flyover

The president-elect has a thing for military parades 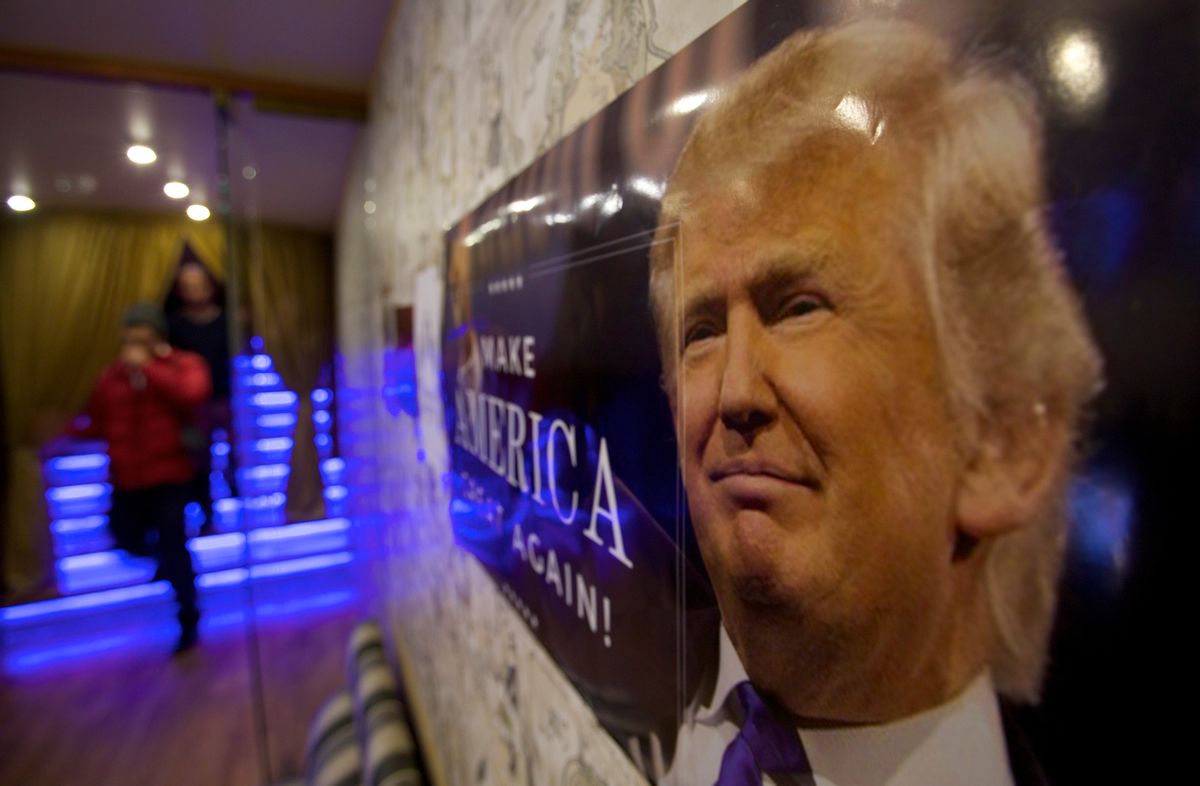 Visitors arrive for a party at a nightclub in Moscow, Russia, on Thursday, Jan. 19, 2017. Twenty-four hours before Donald Trump is to be sworn in as president of the United States, people gathered at a Moscow nightclub to celebrate his inauguration.(AP Photo/Ivan Sekretarev) (AP)
--

President-elect Donald Trump wanted a military parade for his inauguration today — and he's going to get something pretty close to it instead.

"They were legit thinking Red Square/North Korea-style parade," a source involved in planning Trump's inauguration told The Huffington Post on Thursday. This would have included tanks and missile launchers rolling down Pennsylvania Avenue. According to the same source, the plan was shot down not only because the roads may not have supported the heavy military equipment, but because the optics would have been too reminiscent of other tyrannical regimes.

While the tanks and missile launchers were turned down, the Pentagon is going to have five military flyovers during the inaugural parade — one for each branch of the armed services. The Air Force, Navy, Army, Marines, and Coast Guard will each get to fly four aircraft. The last president to include military flyovers as part of his inauguration was Harry Truman in 1949, although George W. Bush did include flyovers at a ceremony two days before his first inauguration in 2001.

Trump's affinity for military parades was made clear during an interview with The Washington Post published on Wednesday. "Being a great president has to do with a lot of things, but one of them is being a great cheerleader for the country,” Trump told the Post. "And we’re going to show the people as we build up our military, we’re going to display our military."

He later added, "That military may come marching down Pennsylvania Avenue. That military may be flying over New York City and Washington, D.C., for parades. I mean, we’re going to be showing our military."