While Trump might resemble these European nationalists, he might be undone by ties to the Republican party 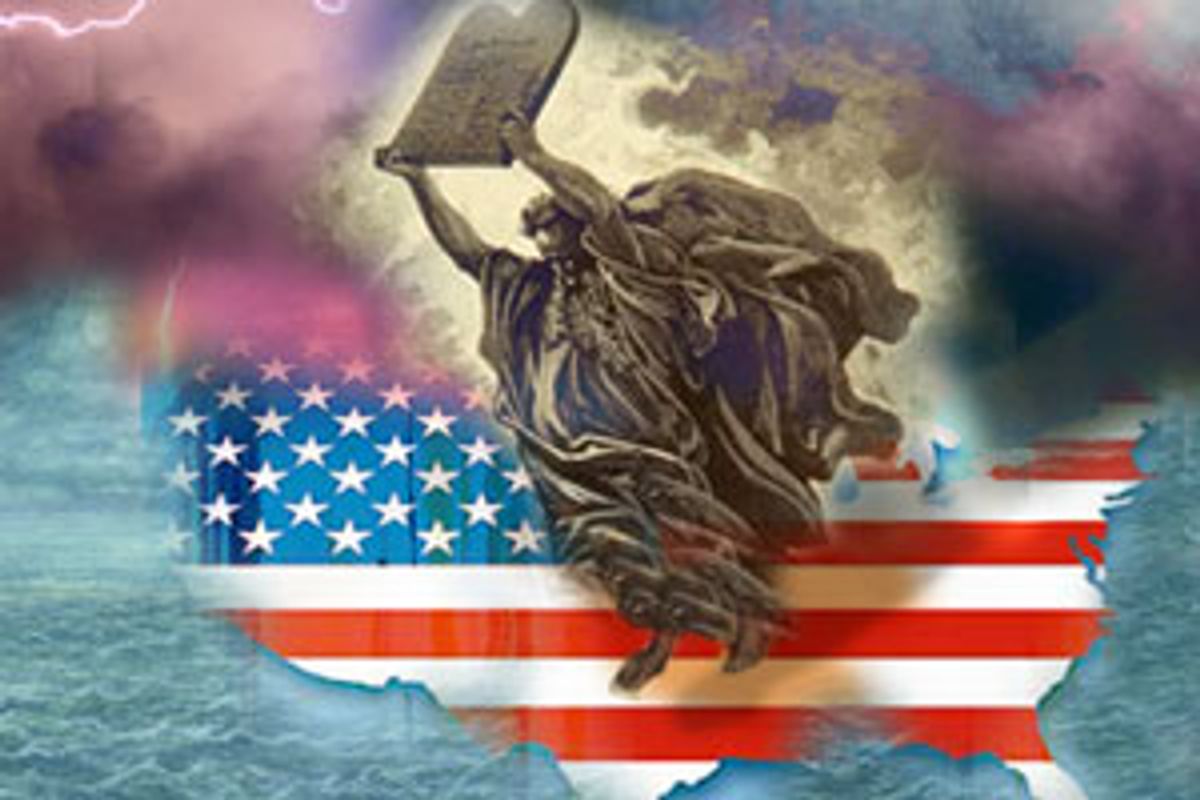 When comparing Europe and America, we frequently overlook differences that hide inside similarities.

The parallels are many. Yet, during this apparent moment of political convergence, the U.S. is diverging from Europe in one fundamental aspect. While Trump might resemble these European nationalists, he has tied himself to a Republican Party that is quite distinct from the parties they lead.

That may well be his undoing.

Consider the case of Poland, where I am currently living and writing. Over the past year, the situation here has steadily deteriorated.

As recently as 2014, many were saying that Poland had entered a golden age, with greater wealth, stability and international prominence than ever. But in 2015, it all came crashing down with the election of the Law and Justice Party (Prawo i Sprawiedliwość, or PiS).

Since then, Poland has been censured by the European Union’s Institute for Democracy and Electoral Assistance and transformed from the EU’s exemplar of success to one of its biggest headaches. The formerly booming economy has slowed. The country’s credit rating has been downgraded. And the Warsaw stock market’s capitalization has declined by US$50 billion.

This authoritarian, nationalist movement is led by Jarosław Kaczyński. Kaczyński rules Poland with near absolute authority even though he is technically only an ordinary member of Parliament. He has installed a president and prime minister who are loyal to him, thus making the official offices of state subordinated to the leader of the ruling party – much as it was during the communist era.

Throughout most of 2016, the government openly defied unfavorable rulings from the constitutional court, a conflict that ended only when PiS installed its own obedient chief justice. New regulations restricting the media provoked a filibuster attempt by the opposition beginning in late December. The main opposition parties occupied the parliamentary dais, but PiS responded by holding a meeting of its caucus in another room and passing the legislation it wanted. Faced with threats of arrest, the opposition abandoned their protest on Jan. 12.

The state-owned media has become an unabashed propaganda outlet, with a bias not seen since the fall of communism. For example, on Jan. 15 the main TV station aired a “documentary” arguing that the recent parliamentary protests were a failed coup attempt with the goal of overthrowing democracy in Poland on behalf of unspecified foreign interests.

According to a recent IPSOS survey, only 25 percent of Poles believe that the state-owned media is trustworthy, and nearly all of them describe themselves as PiS supporters. An independent media still exists, but companies with state contracts are being pressured to pull advertising from media that oppose Kaczyński, and not sell opposition periodicals in their stores.

A massive and ill-planned educational “reform” has been pushed through. The main upshot will be the firing of thousands of teachers, setting the stage for an ideological purge of the profession. That’s necessary, because starting next fall students will be subjected to a new mandatory curriculum that emphasizes “patriotic education.”

PiS uses the slogan “Dobre Zmiany,” which means “Good Changes,” to encompass the move away from the norms of constitutional rule of law, pluralism and liberal democracy.

The same hatreds, the same promises

A comparison of the rhetoric of Kaczyński and Trump shows that they both come from the same ideological framework.

For example, on Jan. 10, Kaczyński was confronted with a loud protest during one of his speeches. Pointing to his opponents, he said “the day will come when Poland will once and for all free itself from all that, from the sickness that we see here. And no shouts, no screams, no sirens will change that. Poland will be victorious against its enemies, against the traitors.”

Both Trump and Kaczyński have appealed to explicit xenophobia. Both promise to return “greatness” to their country, even as their isolationism and extremism distance them from former allies. Both evoke memories of a lost era of job security and prosperity for industrial workers, and claim that they can bring those good days back. Most of all, both cultivate a worldview based on an existential struggle between themselves and a mysterious, conspiratorial network of enemies.

Even the path to power for both Trump and Kaczyński has been similar. Neither represents a majority, but both took advantage of constitutional quirks to transform extraordinarily tight electoral results into a victory.

In Poland, parties that get fewer than 5 percent of the vote get no seats in Parliament. Their votes are distributed proportionately among the larger parties. Because the left splintered into multiple parties, none of them got more than 5 percent and PiS’s 38 percent of the votes translated to 51 percent of the parliamentary delegates. As in America, a couple hundred thousand Polish votes cast differently would have led to a totally different outcome. Since the elections, PiS’s support has remained in the low to mid-30’s. That should give us some pause before we attribute either victory to profound cultural or sociological shifts.

Despite Trump’s unconcealed fondness for Russia, which is not usually an asset in Poland, the PiS government applauded his electoral victory. Kaczyński despises Putin and was happy to welcome U.S. troops to Poland on Jan. 12, yet his ideological affinity with Trump seems to be more important.

Despite all these similarities, there is an essential difference between the two leaders. Kaczyński, like his European counterparts on the far right, is genuinely hostile to capitalism.

On the European side of the Atlantic, “liberalism” has long been understood to encompass both free market economics and liberal constitutional democracy. PiS wants to expand the welfare state, lower the retirement age, outlaw commerce on Sundays and holidays and undertake a massive state-financed construction program.

The party’s hostile relation to the business community has sent the Polish stock market and the value of the złoty to record lows. For Kaczyński, national freedom is what matters. Individual freedoms, including economic ones, are subordinate. As a result, most Polish businesspeople stand alongside civil rights activists in common opposition to the wave of far-right victories.

The contrast with the U.S. could not be more dramatic. Trump has named oligarchs, libertarians and Ayn Rand enthusiasts like Secretary of State nominee Rex Tillerson to cabinet positions.

The ability of the Republicans to bring together business interests with antiliberal populism is an impressive bit of ideological sleight of hand. If that stew can be kept in one pot, Trump will likely remain a formidable force, able to draw upon broad populist anger and vast financial resources. But it is hard to see how Trump will hold all that together.

The base that elected him is more closely aligned to their European counterparts than to the Republican leadership. This difference is crucial. Trump and Kaczyński are similar, but the latter is at the head of a coherent and committed movement, while the former is trying to ride two horses that won’t be going in the same direction for very long.

Perhaps the economic elites of the U.S. will make a compromise akin to that made by their peers in the 1930s, when business leaders in Germany reluctantly accepted fascist centralization and state control as the cost of maintaining their wealth and power. Most of Europe’s business elites today haven’t yet made this bargain, perhaps because they remember the consequences of that earlier deal with the devil. The decisions of their American peers will play a vital role in determining what happens over the next few years.