"I’ll be right there with you": Barack Obama says goodbye before leaving on Air Force One 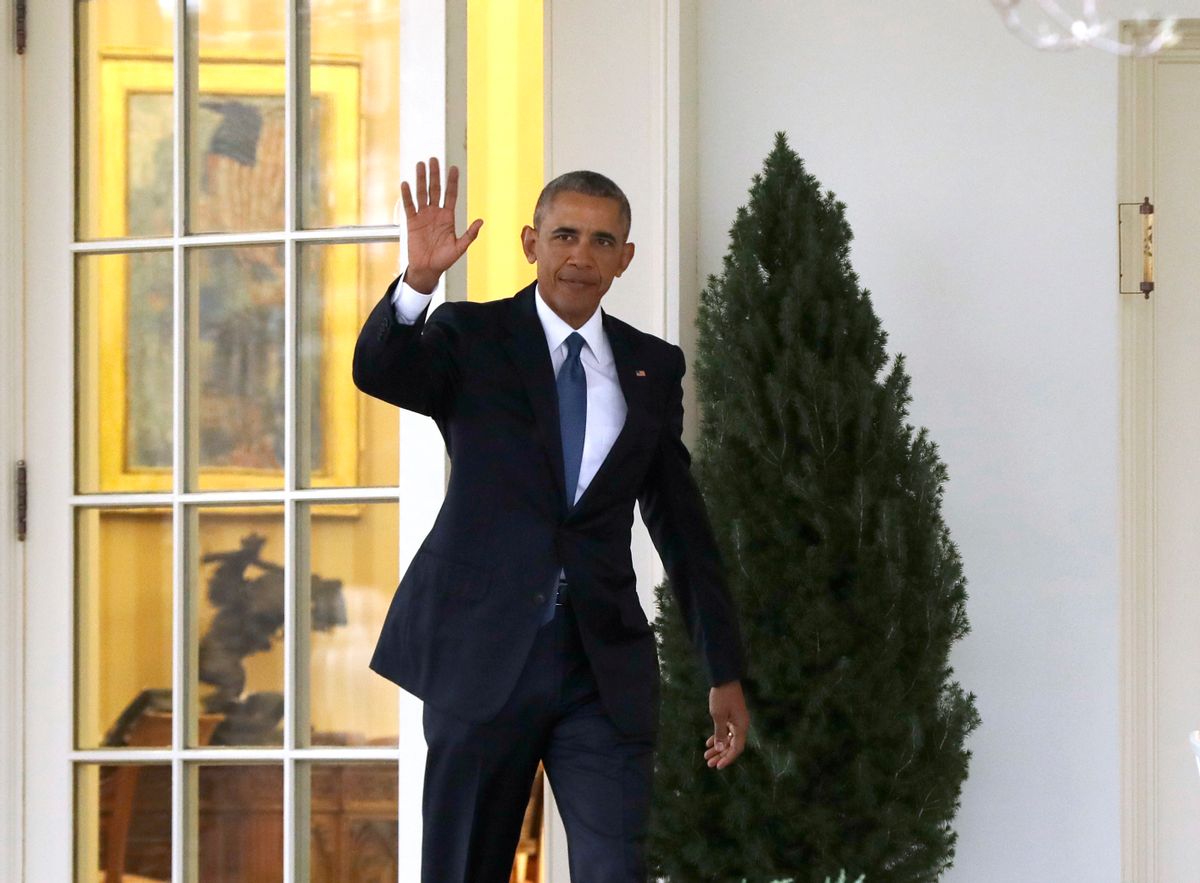 Barack Obama, now a former president instead of a sitting one, broke precedent with some last-minute final words for his staff and supporters before boarding Air Force One.

"When we started on this journey we did so with an abiding faith in the American people and their ability, our ability, to join together and change the country in ways that would make life better for our kids and our grandkids, that change didn't happen from the top-down but it happened from the bottom-up," Obama told the emotional assembly.

"It was meant sometimes with skepticism and doubt, some folks didn't think we could pull it off. There were those who felt that the institutions of power and privilege in this country were too deeply entrenched," he added. "And yet, all of you came together in small towns and big cities, a whole bunch of you really young, and you decided to believe. And you knocked on doors and you made phone calls, and you talked to your parents who didn't know how to pronounce Barack Obama. And you got to know each other and you went into communities, that maybe you never thought about visiting, and met people that, on the surface seemed completely different than you, didn't look like you, talk like you, or watch the same TV programs as you, and yet once you started talking it turned out you had something in common. It grew and it built. And people took notice. And throughout, it was infused with a sense of hope."

After making this reference to his iconic 2008 presidential campaign, the outgoing president insisted that he and First Lady Michelle Obama "have just been your front men and women. We have been the face, sometimes the voice, out front on the TV screen, or in front of the microphone, but this has never been about us, it has always been about you. And all the amazing things that happened over these last ten years, are really just a testament to you."

He also repeated his earlier calls for progressives to not succumb to despair. "This is just a little pit stop," Obama said. "This is not a period, this is a comma in the continuing story of building America." From there he urged his supporters to participate not only in political campaigns, "but into making schools better and making sure our veterans got the care their needed, making sure that we left behind a planet that is safe and secure for kids, making sure that hard working people had a ladder of opportunity and could support families."

Finally, speaking for both Michelle and himself, Obama said that "we look forwarding to continuing this journey with all of you. And I can’t wait to see what you do next. I promise you, I’ll be right there with you."

With that, Obama was gone.

And in case you want to see Obama leave Washington on Marine One, here you go.