Trump's inaugural address called for a return to pre-1940s America, while his website denies scientific fact 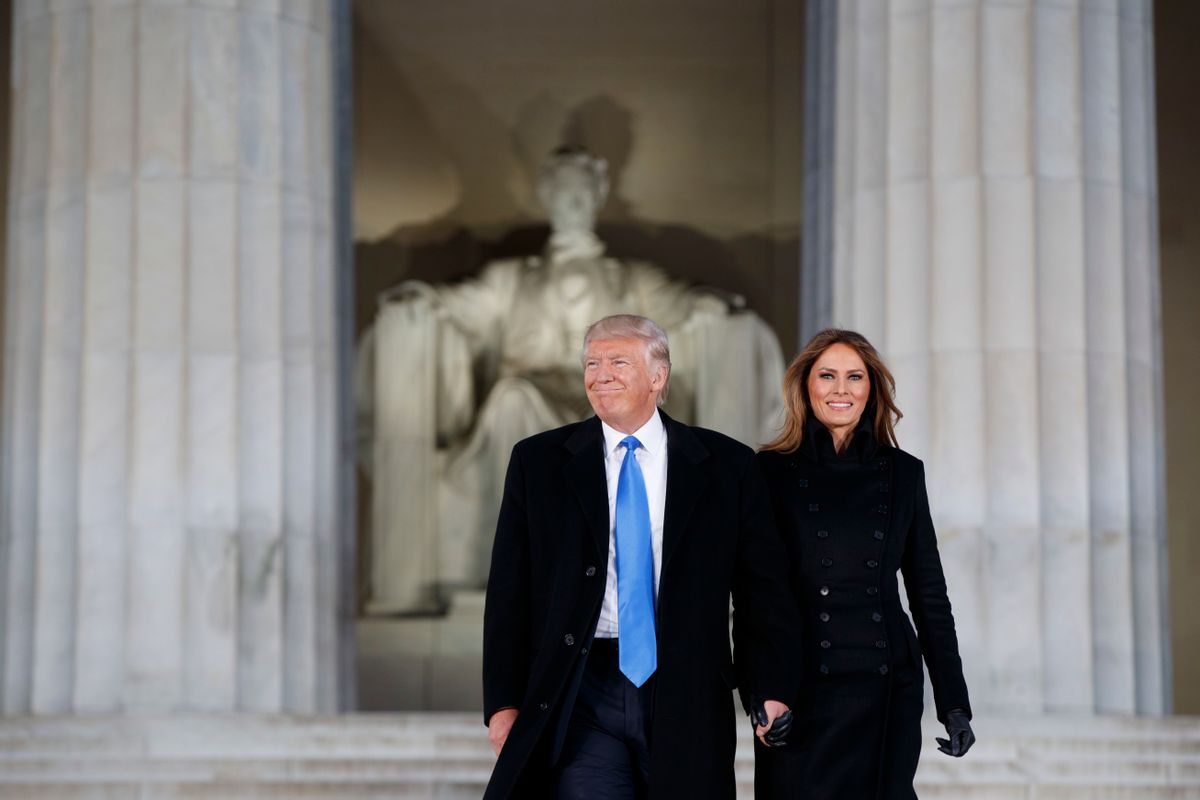 The phrase, intentionally or otherwise, refers back to a pre-World War II isolationist rallying cry that deliberately catered to anti-Semitic resentment, as well as white nationalist movements in general.

On the White House website, though, the Trump administration explains that America First means "a foreign policy focused on American interests and American national security." This is meant to include "peace through strength," an expression popularized during Ronald Reagan's presidency as a way of advocating building up a strong military as a deterrent to war. "This principle will make possible a stable, more peaceful world with less conflict and more common ground," the website says. It goes on to identify "defeating ISIS and other radical Islamic terror groups," rebuilding the American military, pursuing diplomatic relationships, and renegotiating trade deals as priorities of an "America First Foreign Policy."

The administration's America first energy policy, on the other hand, seems to be based around the notion that the scientific consensus about man-made global warming should be disregarded. "For too long, we’ve been held back by burdensome regulations on our energy industry," the website declares. "President Trump is committed to eliminating harmful and unnecessary policies such as the Climate Action Plan and the Waters of the U.S. rule." It promises to "embrace the shale oil and gas revolution" and "take advantage of the estimated $50 trillion in untapped shale, oil, and natural gas reserves, especially those on federal lands that the American people own." In addition, it says that the Trump administration will be "committed to clean coal technology, and to reviving America’s coal industry, which has been hurting for too long." Although it adds that "our need for energy must go hand-in-hand with responsible stewardship of the environment," that statement is undermined by the fact that the White House has taken down its climate change page.

Although not prefaced with the phrase "America First," the website's sections on the military and law enforcement community are clearly part of the same overall agenda. For the military, Trump promises to "end the defense sequester and submit a new budget to Congress outlining a plan to rebuild our military," "develop a state-of-the-art missile defense system to protect against missile-based attacks from states like Iran and North Korea," improve America's cyberwarfare capabilities, and improve social services for military personnel and veterans.

For law enforcement, Trump says he will "empower our law enforcement officers to do their jobs and keep our streets free of crime and violence." More ominously, it says that "the Trump Administration will be a law and order administration," most likely knowing full well that "law and order" is a code phrase playing to racial prejudices. It denounces "the dangerous anti-police atmosphere in America" — quite possibly a jab at the Black Lives Matter movement — and vows to "uphold Americans’ Second Amendment rights at every level of our judicial system." Finally, it returns to the theme that jumpstarted Trump's 2016 presidential campaign, "building a border wall to stop illegal immigration" and "deporting illegal aliens with violent criminal records who have remained within our borders."

The website also includes an entire section about "trade deals working for all Americans" — the second time it touches on the issue of trade, since it devoted half of its section on foreign policy to that same theme. The Trump administration says it will withdrawn from the Trans-Pacific Partnership, renegotiate NAFTA (and withdraw if "our partners refuse a renegotiation that gives American workers a fair deal"), "crack down on those nations that violate trade agreements and harm American workers in the process," and "direct the Commerce Secretary to identify all trade violations and to use every tool at the federal government’s disposal to end these abuses."