New evidence emerges on the Bush-era torture program, as Trump takes office. He wants to go "much tougher" 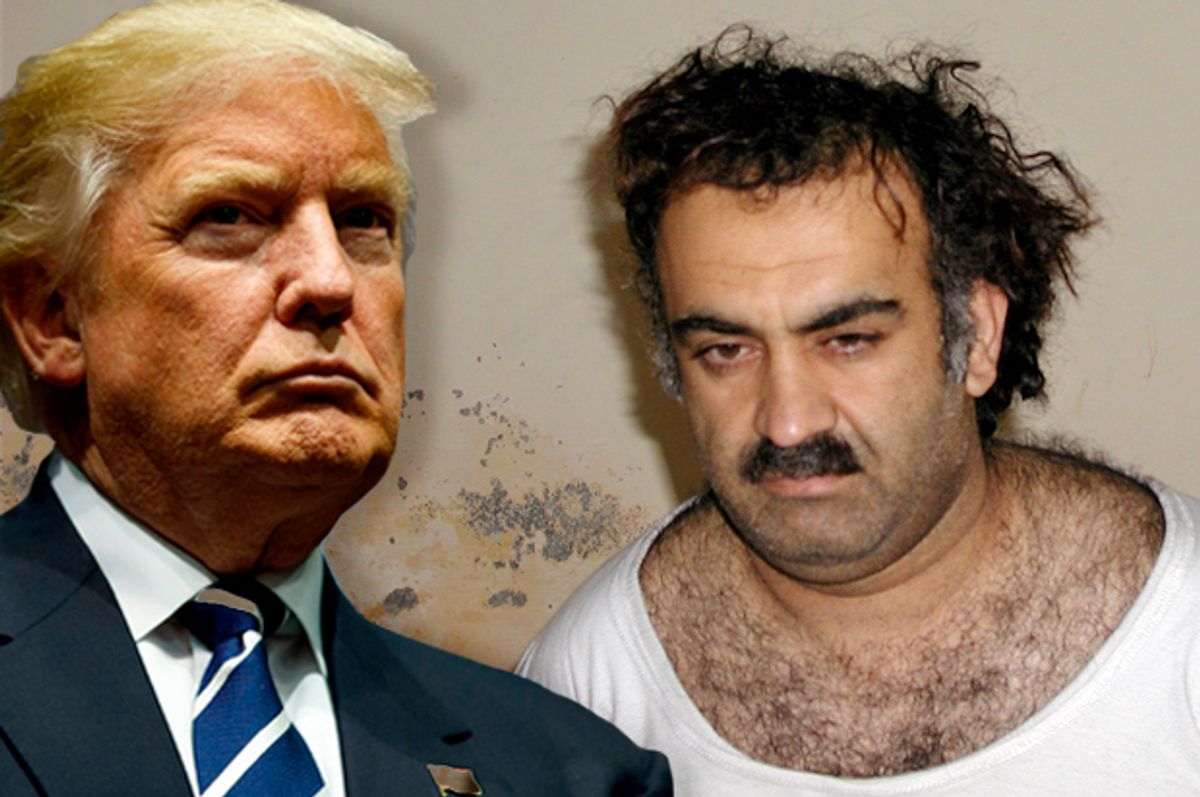 Today is Inauguration Day. And Donald J. Trump is going to be sworn in as the 45th president of the United States. I never dreamed — or hallucinated — that I would type those words, but here we are. We are about to go on a wild ride unlike anything we've ever experienced before.

President Trump is already flouting virtually every previous norm, rule and custom against corruption and nepotism. His understanding of and relationship to the rest of the world is shallow and ill-considered. We will find out whether our institutions are strong enough to withstand the American democratic system making such a terrible mistake. The stakes could not be higher.

One of the great misconceptions about Donald Trump throughout the presidential campaign was the mistaken idea that because he said kind words about Vladimir Putin and insisted he had been against the Iraq invasion that he was an old-school isolationist. For some reason these people ignored the fact that Trump's stated philosophy of life is very consistent and very explicit:

He believes in demonstrating power against people who "disrespect" him personally and who, in his mind, disrespect the United States. Over many years he has said that he believes the rest of the world is laughing at us and he is determined to make them stop.

On Thursday, The Huffington Post reported that Trump had very much wanted to stage a major military parade for his inauguration, something that has always been associated with counties like North Korea, Saddam Hussein's Iraq and the Soviet Union. The brass apparently told him that tanks and missile launchers would destroy the streets because they're too heavy. So he had to settle for a full military flyover, which hasn't been done since Harry Truman was inaugurated. He told The Washington Post yesterday that he planned to hold them in the future, however:

He is rather childlike in many respects, so watching things that go boom undoubtedly excites him. But other countries have done this to prove their military superiority and that's surely what Trump thinks is necessary as well. He truly does not understand that there is no doubt in anyone's mind that the United States has the mightiest military on Earth. Indeed, a  decision by the U.S. that it needs to "show" this would probably be seen as a sign of insecurity and weakness, if it weren't for the fact that everyone can see that the country is now being led by the American version of Kim Jong-un.

With all the hubbub around the inauguration, a lot of things that would normally call for scrutiny and discussion are falling through the cracks. A story in The New York Times about newly released documents from the George W. Bush administration's torture program is one of them; that's unfortunate. After all, our new president isn't just a man who believes waterboarding is a regrettable necessity. He's a big fan as he has said:

They asked me, What do you think about waterboarding, Mr. Trump? I said I love it. I love it, I think it’s great. And I said the only thing is, we should make it much tougher than waterboarding, and if you don’t think it works folks, you’re wrong.

There is no evidence that "it works." In fact, all the scholarship says the opposite. Torture is counterproductive. Trump was told this by his incoming secretary of defense, James "Mad Dog" Mattis, and he was surprised to hear it. But he didn't change his mind.

Trump has, of course, promised from the very beginning that he planned to bring back torture. He has said he wants to do "much worse" than waterboarding, even implying at one point that he believes the U.S. should "chop off heads" in order to fight fire with fire.

As one might expect, it's not just a matter of trying to obtain information. There's no need for "ticking bombs" to justify using it. Trump has said he wants to use torture as punishment:

It works. And if it doesn’t work, they deserve it anyway for what they do to us.

The outgoing administration of Barack Obama had insisted on keeping the Senate Select Committee on Intelligence report on the use of torture during the Bush years under wraps. Even the release of the summary was fraught with controversy. The reasons for refusal are unclear but it's reasonable to assume Obama officials believed it would implicate certain government employees and officials in war crimes, and would also serve as useful propaganda for ISIS.

Civil libertarians generally do not find this rationale to be acceptable. The lack of punishment and accountability for the torture program removed the taboo against it. Now we have a new president who unapologetically promises to revive it and revitalize it with tactics that are even more cruel and inhumane.

Yesterday, according to The New York Times, a federal judge ordered the report to be preserved and placed in the hands of the judiciary by Feb. 10 for safekeeping. There is apparently some suspicion that this report may be destroyed in the same way those videotapes of CIA torture sessions were destroyed. If it happens now, the perpetrator will be in contempt of court.

Most people involved in this issue are fearful that Trump will destroy the report anyway but I have my doubts. Indeed, I think there's a chance he'll release it publicly. This would not be because he believes in transparency or thinks the torturers and officials who ordered the practice should be punished. I expect he would want them celebrated by their countrymen as heroes.

After all, Trump wants to parade tanks and missiles through the streets of our cities. He wants to demonstrate American military prowess to prove to the world that he's the toughest leader of the richest, most powerful nation on Earth. But nothing says "tough guy" like openly celebrating torture. We should be careful what we wish for.