Riots break out in Washington D.C. before Donald Trump's inauguration 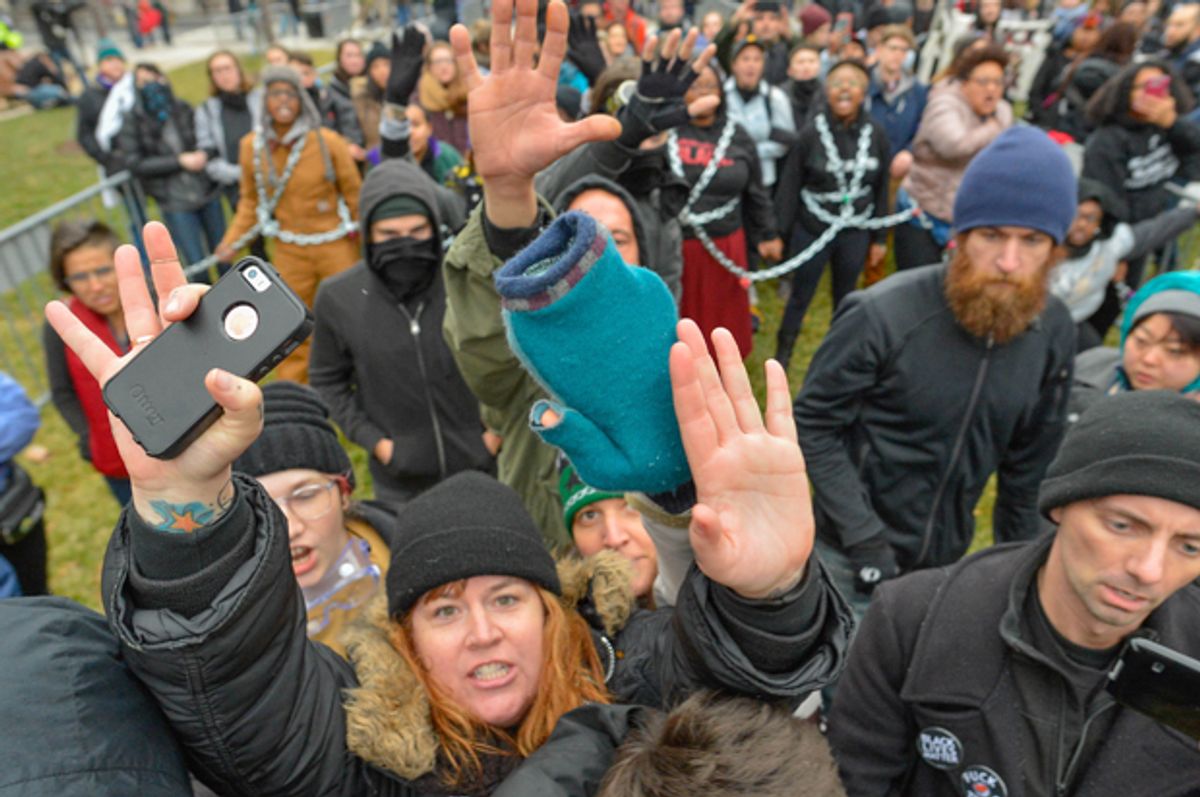 Protesters block members of the press as they chain themselves to an entry point prior at the inauguration of U.S. President-elect Donald Trump in Washington, DC., January 20, 2017. (Reuters/Bryan Woolston)
--

As Donald Trump prepared to be sworn in on Capitol Hill, protesters turned violent across Washington, D.C., as rioters vandalized cars and businesses in the city.

"We are investigating several reports of vandalism and damage to property in the areas around Logan Circle and McPherson Square," Lieutenant Sean Conboy of the Metropolitan Police Department told Salon. "There have been some pepper spray deployments but I don't know the exact locations."

He also added, "We have not used any tear gas munitions."

The vandalism includes a McDonald's window that was smashed by a hammer and a Bank of America building that was also vandalized, according to a report from The Independent.

VIDEO | Riots in Washington ahead of Trump's inauguration https://t.co/kzLP6pyBJZ

We're off to a great start. pic.twitter.com/iAUSKSnQTh

"We have not made any arrests at this point, to my knowledge," Conboy told Salon. He also said that the rioters "appear to have been from a group," although he doesn't know much about that group.

UPDATE (2:06 PM): "We've arrested approximately 95 protesters. The charges will be released as soon as the processing is done," said Officer Hugh Carew to Salon. The riots resumed when Trump was sworn into office, but no information is publicly available about that at this time as it is ongoing.