WATCH: Donald Trump's inauguration as he becomes the 45th president 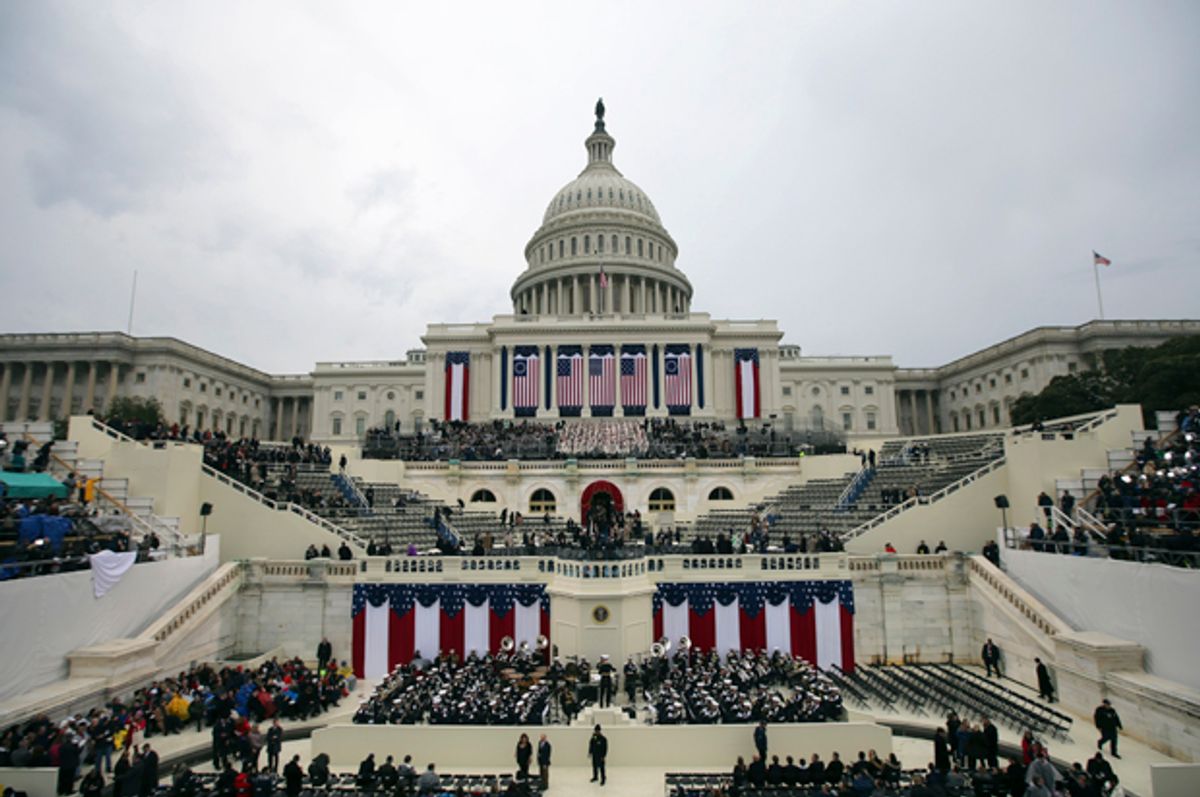 Donald Trump becomes the 45th president of the United States at noon on Friday.

The ceremony will begin with the arrival of Trump and his soon-to-be first lady Melania Trump at the White House, where they'll meet President Barack Obama and Michelle. The president-elect and the president will then ride to the Capitol. The ceremony is slated to begin about 11:30 a.m., and after Trump is inaugurated, he will deliver his inaugural speech, which he has claimed to have penned himself.

Attending the inauguration will be former presidents George W. Bush and Jimmy Carter. It's been reported that former president Bill Clinton — along with his wife, Trump's opponent, Hillary Clinton — will also attend. Former president George H. W. Bush won't be at the event, following his admittance on Wednesday to a hospital in Houston with respiratory problems.

After Trump's speech, Obama will depart, and Trump will ride down Pennsylvania Avenue — perhaps walking some of the way — back to the White House, where he'll watch the inaugural parade.

Trump's inauguration will be met with protest. A Women's March on Washington has been planned for Saturday to serve as a grassroots challenge Trump's presidency. Its mission statement calls for "protection of our rights, our safety, our health, and our families — recognizing that our vibrant and diverse communities are the strength of our country." Despite the march's rather female-centric name, men are expected to attend the D.C. demonstration as well as sister events in locales across the country and around the world.