"We are the majority": Liberal celebrities host an anti-Trump rally outside his hotel in New York City 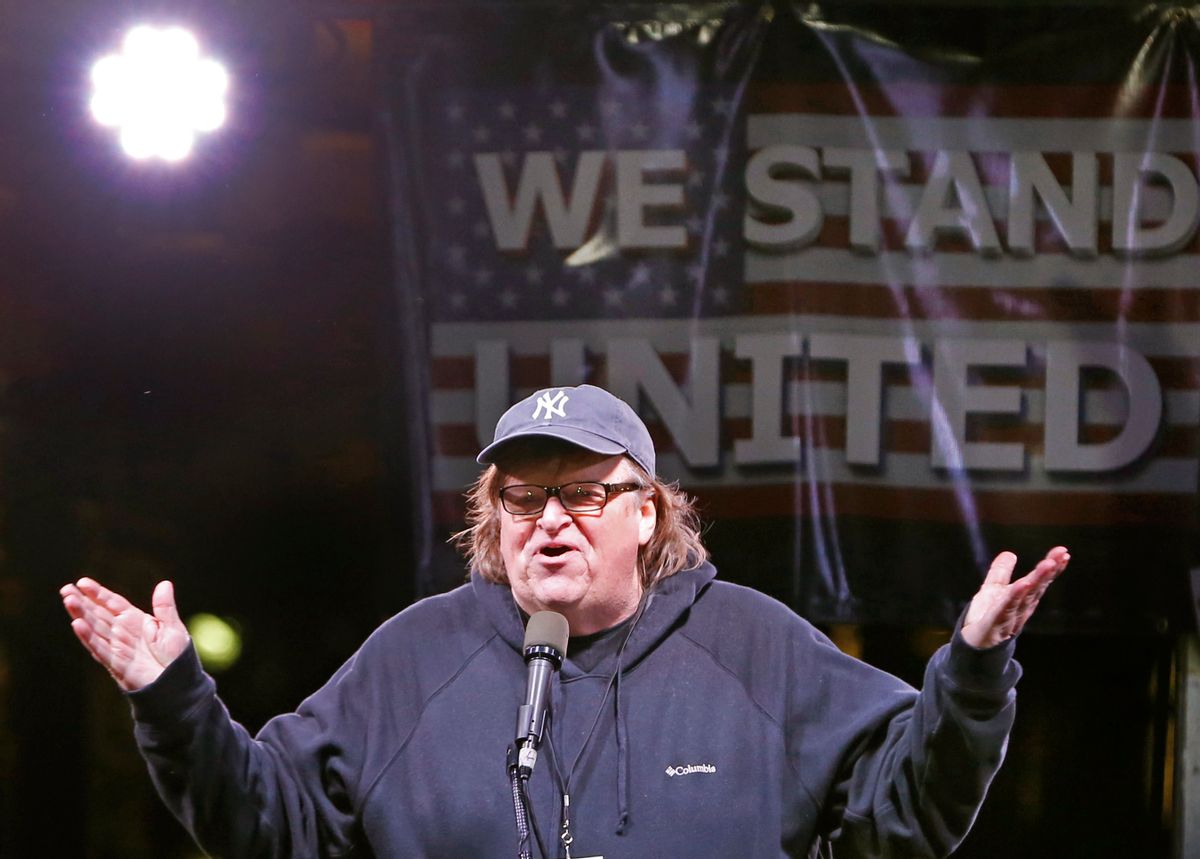 Filmmaker Michael Moore speaks to thousands of people at an anti-Trump rally and protest in front of the Trump International Hotel, Thursday, Jan. 19, 2017, in New York. President-elect Donald Trump, a New Yorker, is scheduled to take the oath of office Friday in Washington. (AP Photo/Kathy Willens) (AP)
--

HUGE crowd for protest in NYC against Trump's un-American and divisive rhetoric. Looks like we have more than DJT's concert. #inauguration pic.twitter.com/dkV01mVBXV

"Donald Trump likes to say he built a movement. Now it's time for us to build a movement," deBlasio said.

Michael Moore, who hosted the rally after warning Americans for months about the real threat Trump posed, took the stage after Minneapolis Mayor Betsy Hodges. He called on the rally-goers to pledge they would protect their Mexican and Muslim neighbors who may be vulnerable under a Trump presidency. For the most part, Moore struck a positive tone about the resistence, saying the Trump presidency will likely be cut short anyways.

"He will not last the four years. He will break the law and that's when he will go down," Moore said.

After Alec Baldwin did his popular Trump impression, the actor spoke about the importance of educating young children, suggesting it was never to early to teach them about democracy.

The display of unified dissent in New York on Thursday night commenced a "100 days of resistance." Moore asked the crowd and people watching on live stream to keep up the pressure, instructing them to phone their senators and representatives in order to voice their displeasure with Trump.

Watch a recording of the anti-Trump protest rally here: