Trump may roll back much of Obama's agenda, but he can't change that the president was right when he was wrong 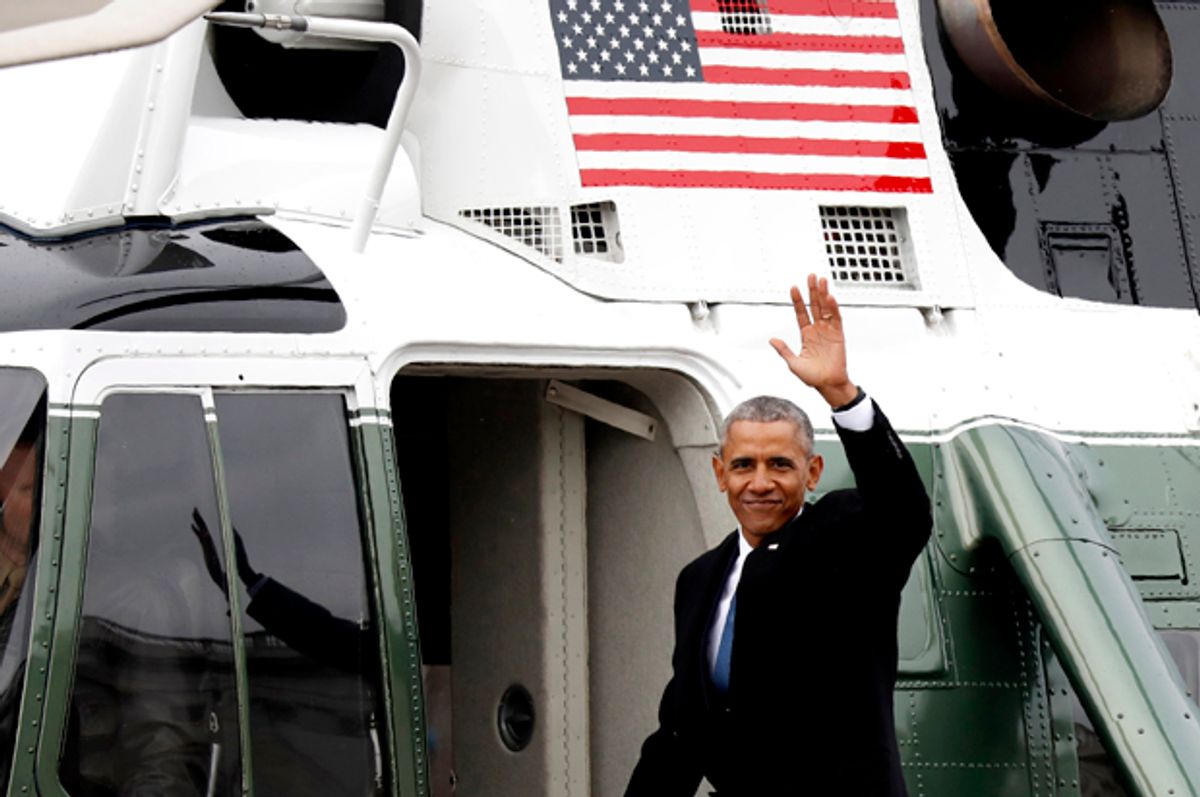 It remains to be seen how much of President Barack Obama's legacy will remain in place during and after President Donald Trump's administration. That said, the question of whether Obama's policies will withstand Trump's orange vengeance is very different from the question of how they will be judged by history.

When it comes to the latter, there are at least three issues in which Obama will likely be judged as analogous to Woodrow Wilson when he pushed for entry into the League of Nations or Dwight Eisenhower when he urged caution about the military-industrial complex — that is, as being far ahead of his time.

You would think that, if the overwhelming majority of the scientific community agreed that an apocalypse-level event was impending, humanity would rush to avert it. Unfortunately, both the president before Obama (George W. Bush) and the one after him (Donald Trump) have ignored the threat posed by man-made global warming. Obama, on the other hand, has taken unprecedented steps to try to curb global warming's impact, most notably signing the Paris Agreement in December. In addition to a number of executive actions, Obama has made commendable efforts to curb the burning of fossil fuels both in this country and throughout the world. When future movies are made about our era, Obama will be remembered as the president who saw the impending calamity and took the first necessary steps toward averting it — and Trump will be remembered as the blundering fool who refused to heed the warning signs.

2. Providing health insurance to all Americans

There is no greater sign of economic privilege than acting like health insurance should not be guaranteed to all Americans — if you have taken that stance, you are too economically secure to empathize with those less fortunate than yourself and/or too comfortable in your ideological dogma to allow human suffering to influence your opinions. Nevertheless, harsh reality is going to intrude if Republicans repeal the Affordable Care Act without an adequate replacement, and 22 million Americans lose their insurance.

When Obama was asked on Wednesday about what will happen to LGBT rights under a Trump administration, he bravely replied, "I don’t think it is something that will be reversible because American society has changed; the attitudes of young people, in particular, have changed."

While I hope the former president is right, the proposal of federal legislation like the First Amendment Defense Act — which will allow individuals to discriminate based on "a religious belief or moral conviction that: (1) marriage is or should be recognized as the union of one man and one woman, or (2) sexual relations are properly reserved to such a marriage" — suggests that he may be overly optimistic. It is quite likely that Trump and his vice president Mike Pence, who has made his political career off of gay-bashing, will do their best to roll back LGBT rights. This will make Obama's recognition that these rights are a reality, sandwiched between two presidents who refused to acknowledge that fact, all the more notable.

In an ideal world, of course, wanting to make sure everyone can receive health care, protecting the rights of all human beings regardless of sexual orientation, and wanting to save the world from an obvious ecological disaster would not be considered ahead-of-the-curve positions. These would be the common-sense views of everyone with the brain power to understand science and the moral compass to have compassion for their fellow human beings.

Alas, we live in the world that allowed Donald Trump to become president of the United States. He may be able to reverse Obama's policies, but Obama will have the distinction of having been right on at least three of the big issues that mattered most.