Get up to speed on weed: This book outlines both the history and future of marijuana 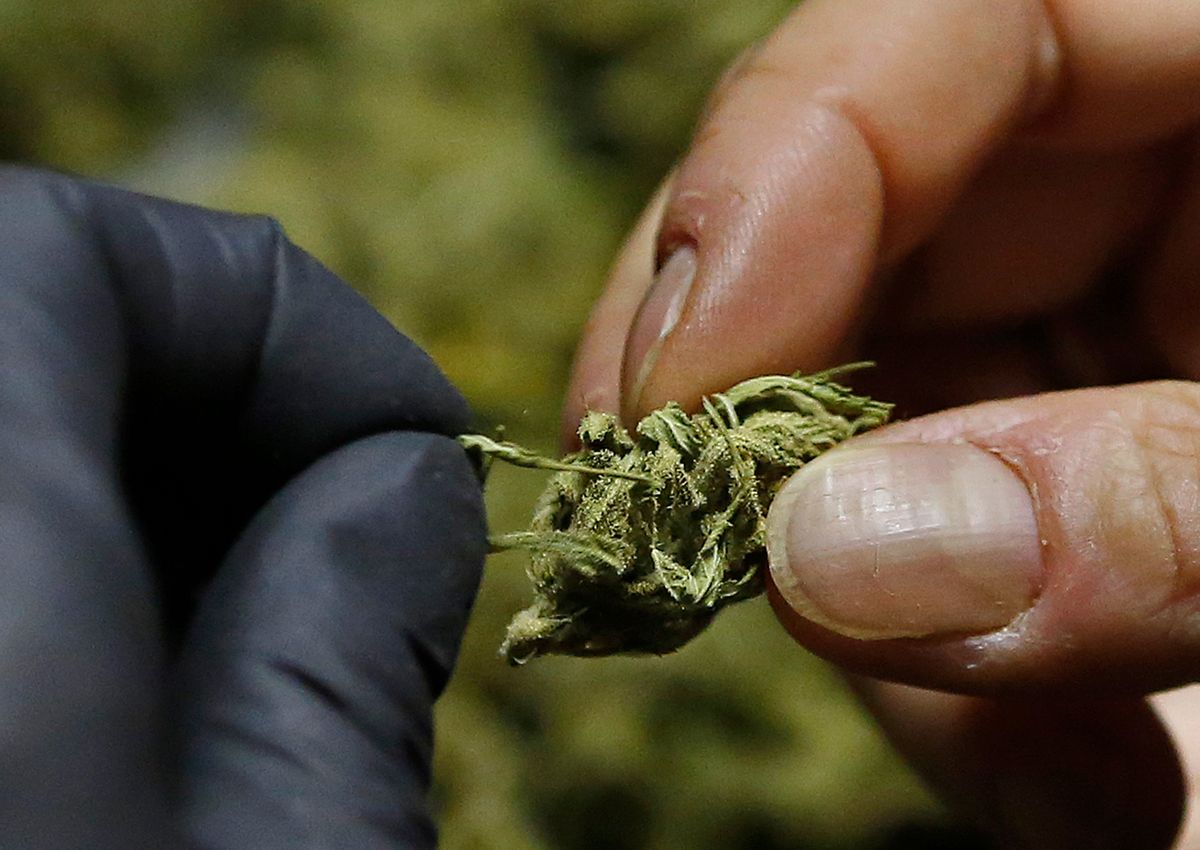 Marijuana is going mainstream, as evidenced by the spread of medical marijuana and now outright legalization, not to mention its pervasive and increasingly favorable position in popular culture. In the past 20 years, support for legalization has grown from a distinct minority position to a majority one, and now, after November's elections, more than half the states have approved medical marijuana and nearly one out of six Americans lives in a state where it is legal.

Marijuana is now also big business, with industry watchers estimating the size of the legal market at around $20 billion by 2020. There's one problem with such rosy scenarios, though: Pot remains illegal under federal law.

That's a big problem for John Hudak, a senior fellow in governance studies at the Brookings Institution with a keen professional interest in public policy implementation, legislative-executive relations and marijuana policy. In "Marijuana: A Short History," Hudak takes marijuana legalization as pretty much a given — provided it isn't screwed up too badly in implementation — and sees federal marijuana prohibition largely as an obstacle to getting pot policy right.

He sketches out the strange place we now find ourselves, with a booming industry enriching state tax coffers at the same time it remains federally illegal, and a federal government largely turning a blind eye to the violations of federal law — at least for now — while at the same time refusing to allow that industry the banking privileges and tax breaks provided to legal businesses. Meanwhile, marijuana sellers become Chamber of Commerce members in some states and prison inmates in others.

Hudak describes the growing tension between legalization in the states and federal prohibition as challenging federal authority while also hampering the efficient functioning of the marijuana industry. In his view, we're now in a sort of "worst of both worlds" status quo:

The resulting situation in the United States may be worse than either national legalization or national prohibition. Legal realities are loosely defined by executive branch guidance and suggestions from the administration. This guidance fails to answer important questions and oftentimes creates new ones. States are constantly asking the federal government how to deal with many of the problems they face; the answers are almost always insufficient. Members of Congress have proposed solutions to some of the biggest challenges facing states, industry actors, and consumers, but that legislation is not acted on.

The reality is that the state of American law at the start of 2016 is absolutely untenable and is inconsistent with American principles of fairness and equal treatment. Federal officials must commit themselves to coherent, comprehensive, and sensible marijuana policy. Until they do, the system will be arbitrary and unjust, and policy will be ineffective.

Now, at the start of 2017, the tensions Hudak highlights are even more acute, and the November elections brought them to the fore. At the same time the legal recreational market quintupled in size with victories in California, Maine, Massachusetts and Nevada, the nation elected Donald Trump, whose attorney general pick, Alabama Sen. Jeff Sessions, is an avowed foe of legalization and drug law reform in general.

Trump himself has said he favors letting the states experiment, but the billion-dollar question is whether Trump is going to set pot policy or leave it to his minions. If it's the latter, legal marijuana may be in for a bumpy ride, but even if it's the latter, that's just the political status quo.

That isn't enough for Hudak. He wants things settled at the federal level through congressional action, not left to the administrative whim of some office-holder. Whether the next few years is going to bring us any closer to Hudak's prescription for pot policy perfection is an open question, and it's sure to be contested political terrain.

Hudak raises the right questions about marijuana's future, but make no mistake, "Marijuana: A Short History" is by no means all pot policy wonkery. After all, Hudak is writing a history, and he does just that in a concise and lively manner, concentrating on the 20th century in the United States, a period that saw the long arc of pot prohibition peak before the decline it now faces in the early years of the 21st century. Of special interest is his section on the rise of a successfully reform movement, as he zeroes in on the people and strategies that made it happen.

Okay, "Marijuana: A Short History" is pretty wonky. It's serious stuff with a serious purpose: getting us down the path to a sane and effective marijuana policy nationwide. People with an interest in marijuana and marijuana legalization need to be thinking about these things, and Hudak is going to reward a serious reader. And he isn't going to make you slog through 400 pages of academic prose along the way. Read it; it'll make you think.