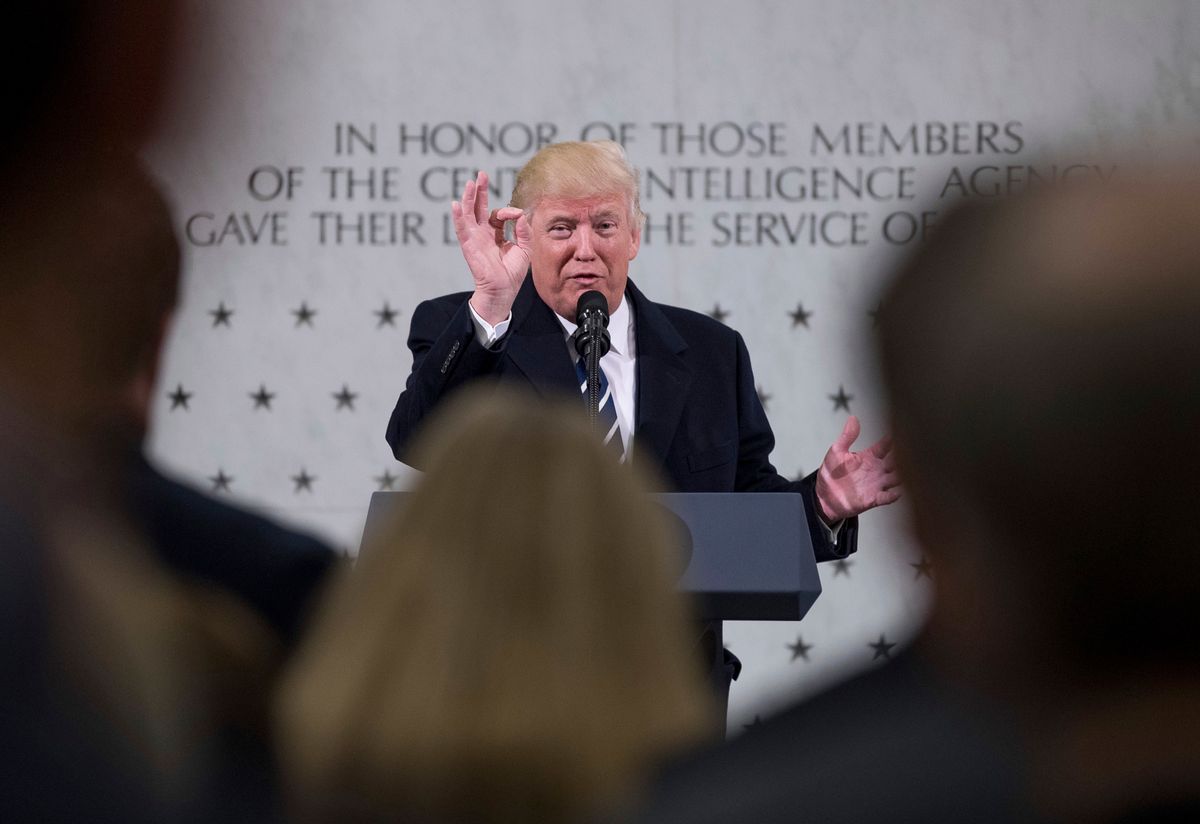 As President Donald Trump delivered a speech in front of the CIA Memorial Wall on Saturday, it appeared in real time that his remarks were well-received by agency staffers who attended the commander in chief's first visit to Langley. Clapping and cheering could be heard from the audience, for example, after Trump blasted the media for accurately reporting on his ongoing feud with the U.S. intelligence community.

But new reports indicate Trump's enthusiastic reception was not universal among current and former CIA officials.

“He said some of the right things, but it still had a bizarre quality to it,” one former top CIA official told The Washington Post, adding that the contents of the speech were too campaign-related and that the attacks on the media "did not fit and were wrong.”

The Donald Trump the CIA experienced on Saturday, while he stood on hallowed ground in its atrium, was the same theatrical candidate some voters grew to love during the campaign season. This offended some people, including former CIA spokesman George Little, who worked under Director Leon Panetta.

"Today the president of the United States stood in front of the Memorial Wall honoring the CIA's fallen and mocked key institutions of our democracy, threatened to steal Iraq's oil, and used what is supposed to be a non-political government agency—one he recently accused of Nazi-style behavior — as a political backdrop,” Little wrote on his Facebook page. "This will go down as the most disastrous speech ever given at CIA Headquarters."

For some, Trump did not properly read the room. A former division chief told The Washington Post, "It was good that he came, but it came across as very political. He didn't understand his audience, which is the most apolitical crowd in Washington."

One former top official under CIA Director John Brennan suggested to Newsweek that nobody should take much stock in the applauses Trump received during his speech. "They are good, polite people. He's the president and he is kissing their ass, why wouldn't they clap?"