Despite what the president wants people to think, he is not on good terms with the intelligence community 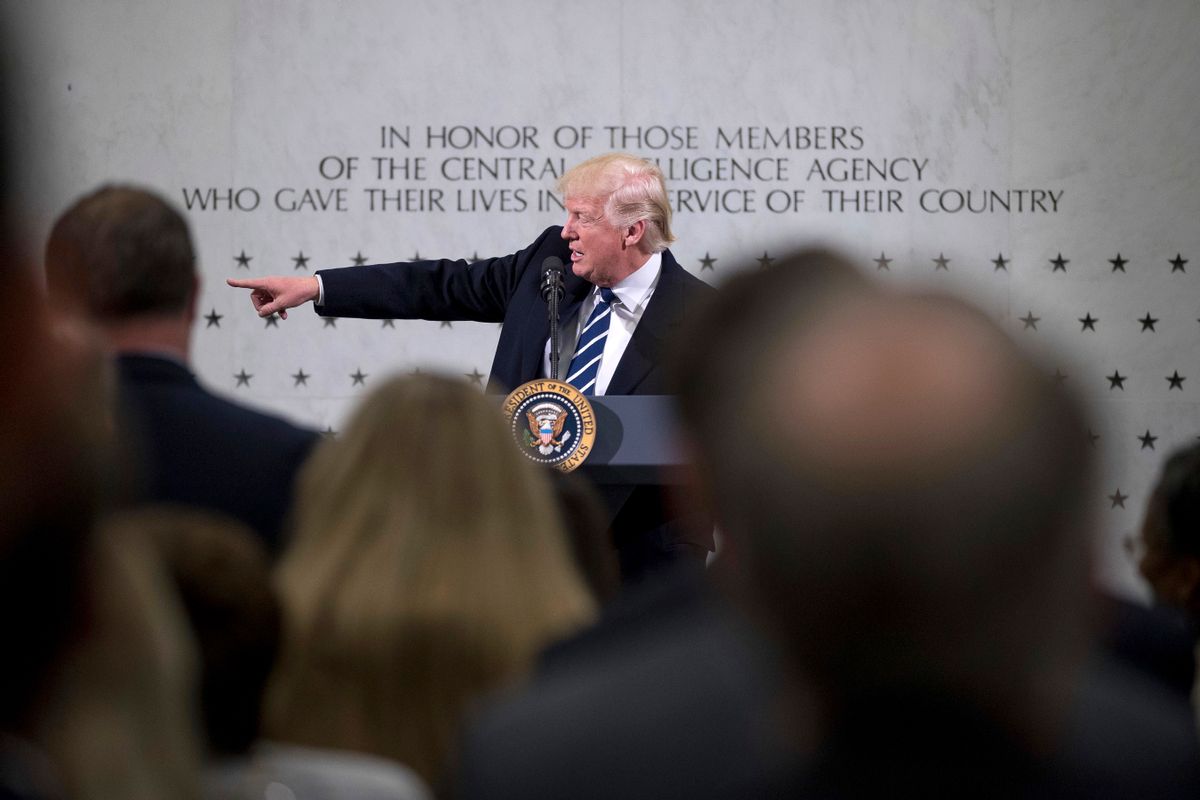 Donald Trump's speech at CIA headquarters may have irked the intelligence community, but it seemed that some people there who were enjoying it. Yet those people may have been planted by the Trump administration.

Multiple government sources told CBS News on Monday that Trump's speech "made relations with the intelligence community worse" and described the overall feeling after Trump's visit as "uncomfortable." Others told the network that Trump had filled the first three rows of his event with political supporters who cheered for him as he talked, creating the illusion of broad support for Trump within the CIA. They noted that the CIA's senior leadership, which was also seated in the first few rows near President Trump, did not cheer at his remarks.

While Trump does have supporters within the agency, the organization goes out of its way to avoid an appearance of partisanship. Although thousands of government employees had been invited to hear Trump's CIA speech, only about 400 replied, and officials dispute Trump's claim that people were waiting to enter the event. Earlier reports suggested that the CIA officials had at best a mixed reaction to Trump's speech with some criticizing the resemblance to a campaign address (despite the nonpartisan setting) as well as poor taste for his staging it next to the Memorial Wall after recently comparing the intelligence agency with Nazi Germany.

The intelligence community's fraught relationship with the president can be traced back to Trump's attempts at gaslighting the public into disbelieving the intelligence assessment that Russia had hacked the 2016 presidential election to help his campaign.