Donald Trump will not release his tax returns at all, Kellyanne Conway says 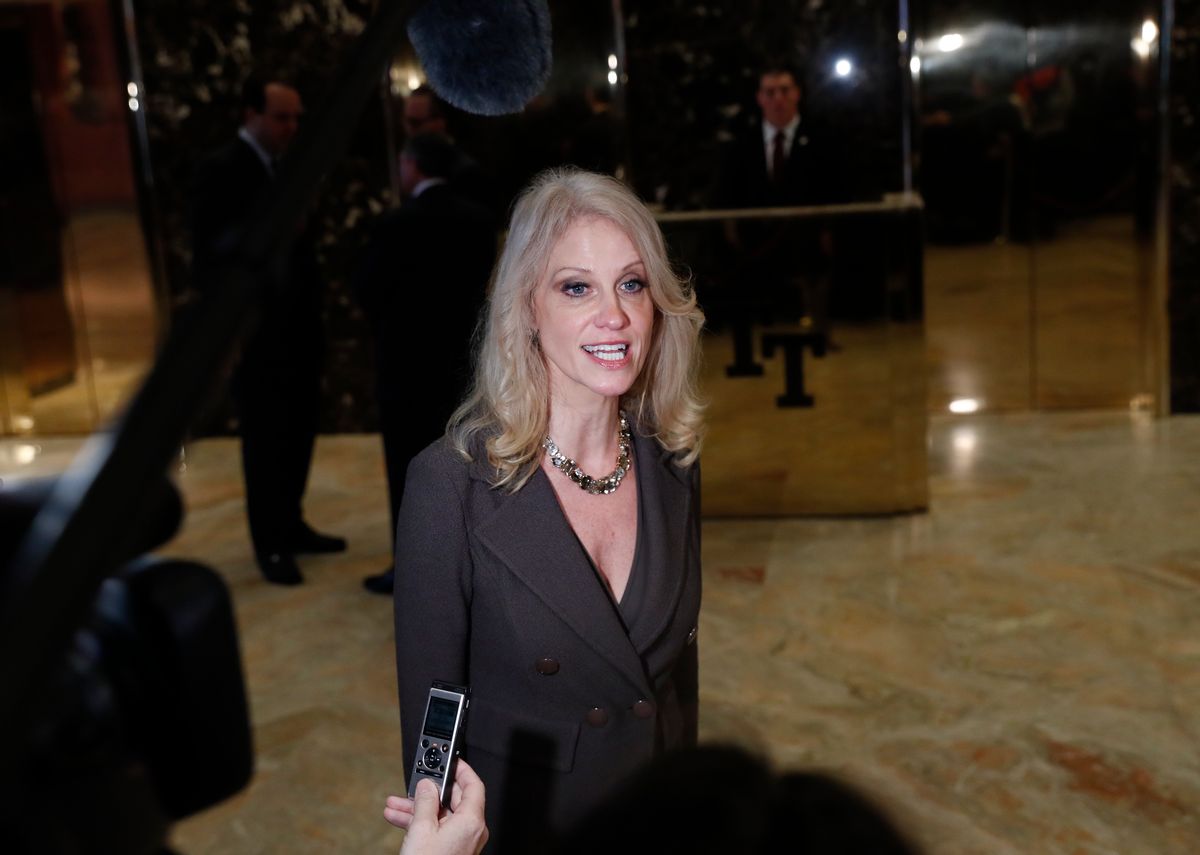 Conway replied, "The White House response is that he's not going to release his tax returns. We litigated this all through the election. People didn't care. They voted for him."

After adding that Trump and his family "are complying with all the ethical rules" (a point with which many ethics experts disagree), Conway claimed that the individuals bringing up the president's conflicts of interest "want to keep litigating what happened in the campaign."

The current concerns about Trump's tax returns stems from the fact that he hasn't divested himself from his business empire, meaning that any foreign ties — which could prejudice his policies and violate the Constitution's emoluments clause — aren't known to the general public. Releasing his tax returns could help achieve that result, just as the leaking of his 1995 tax returns in October revealed that Trump had taken advantage of tax loopholes to report a $916 million loss, which allowed him to avoid paying federal income taxes for up to 18 years.

Somewhat uncharacteristically, the allegedly pro-Putin whistleblower site WikiLeaks reacted to Conway's interview by tweeting out encouragement to anyone who might decide to send Trump's tax returns to their site.

Trump Counselor Kellyanne Conway stated today that Trump will not release his tax returns. Send them to: https://t.co/cLRcuIiQXz so we can.

Trump's breach of promise over the release of his tax returns is even more gratuitous than Clinton concealing her Goldman Sachs transcripts.

Update: On Monday Conway revised her earlier statement, arguing that Trump will release his tax returns after he is done being audited.

On taxes, answers (& repeated questions) are same from campaign: POTUS is under audit and will not release until that is completed. #nonews