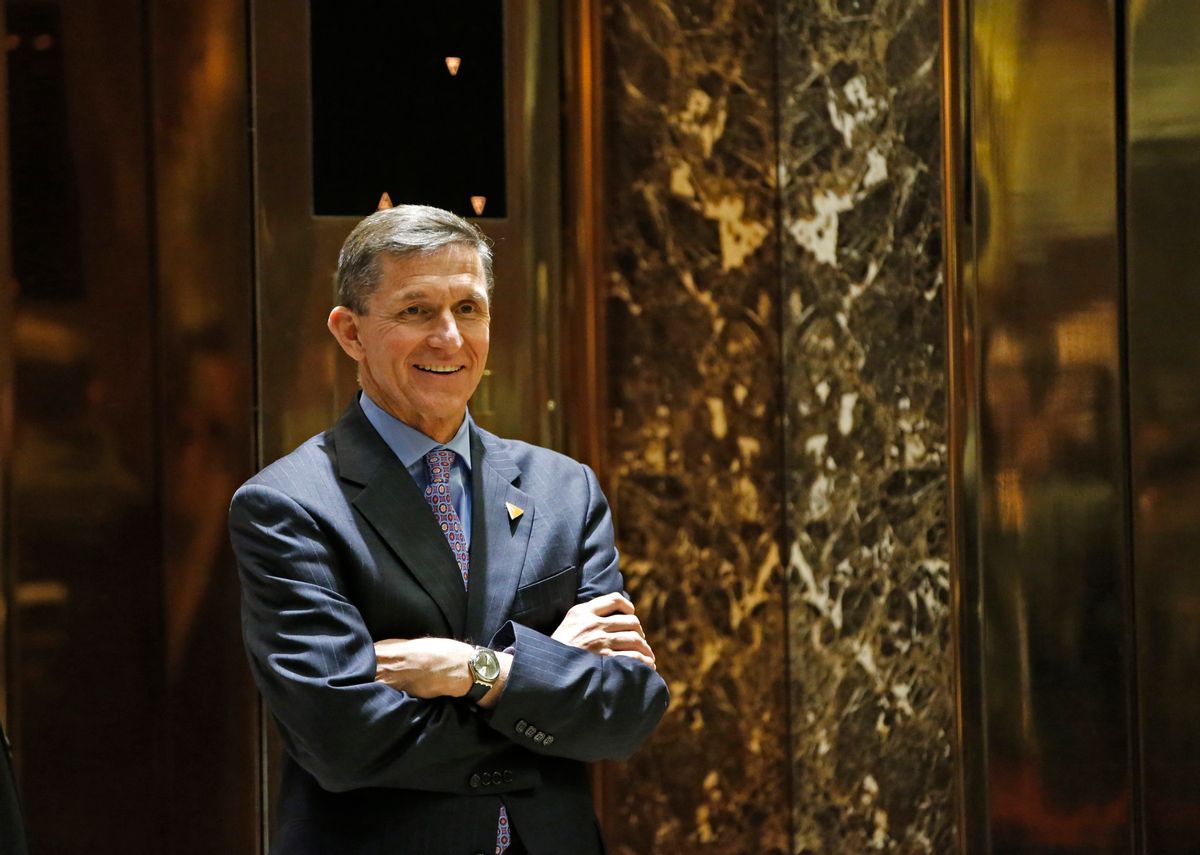 Reports continue to be released about an alleged investigation — which could be either entirely past or still ongoing — into contacts between retired Lt. Gen. Michael Flynn, President Trump's national security adviser, and the Russian government.

The Federal Bureau of Investigation, Central Intelligence Agency, National Security Agency and Treasury Department have all inquired into the extent of Flynn's contact with the Russian government, according to a report by The Wall Street Journal on Sunday. The inquiry is also said to have looked at other Trump advisers, including former campaign manager Paul Manafort and businessman Carter Page. The sources who spoke to the Journal were unclear as to when the inquiry began, what if any incriminating evidence it has produced and whether it was still ongoing. All that they confirmed is that the inquiry was intended to determine whether Flynn's contact with Russian officials broke the law and that it has focused on telephones call made between Flynn and Sergey Kislyak, Russia's ambassador to the United States, on Dec. 29.

Dec. 29 is an important day because that was when then-President Barack Obama announced a series of harsh sanctions against Russia as punishment for their alleged hacking of the 2016 presidential election. Russian dictator Vladimir Putin surprised many foreign policy observers when he opted not to retaliate for the sanctions, with Trump taking to Twitter to praise Putin as "very smart" for his decision. Trump's press team has since claimed that Flynn merely called Kislyak on the day Obama announced his sanctions to arrange the logistics for a future conversation between Putin and Trump — which is critically important, since it may have otherwise been illegal for him to contact a hostile power in order to undermine existing foreign policy.

There are a number of ties between Flynn and the Vladimir Putin regime, most notable among them his appearances on the state-subsidized television network Russia Today. Less than a year and a half after exiting as heads of the Defense Intelligence Agency, Flynn gave a talk on international relations for RT that was consistent with Putin's own agenda, than sat near Putin himself during an RT dinner — a move that raised eyebrows at the time.