If Trump can't get Tillerson confirmed as secretary of state, it would be the first big defeat 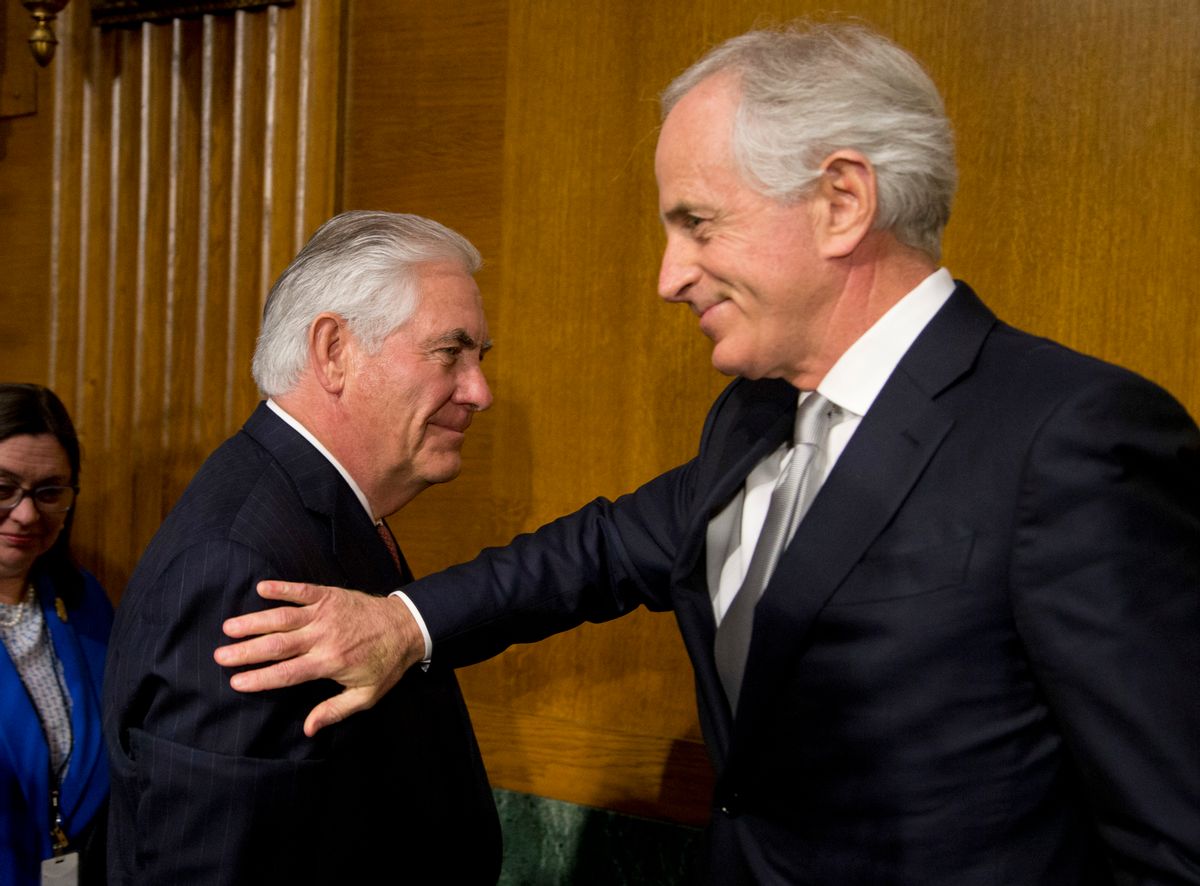 Senate Republican are falling in line behind Rex Tillerson, President Donald Trump's choice for secretary of state, but the most important GOP vote may come from Florida Sen. Marco Rubio.

"Though we still have concerns about his past dealings with the Russian government and President Vladimir Putin, we believe that Mr. Tillerson can be an effective advocate for U.S. interests," wrote Sens. John McCain and Lindsey Graham in a joint statement on Sunday. "The views that Mr. Tillerson has expressed, both privately and publicly during the confirmation process, give us confidence that he will be a champion for a strong and engaged role for America in the world."

When speaking to reporters in December, McCain expressed worries about Tillerson's ties to Russia. "I and several of my colleagues have concerns about Mr. Tillerson and some of his past activities, specifically his relationship with Vladimir Putin," McCain said. "I have concerns, but at the same time I'm certain we will give Mr. Tillerson an opportunity to make his case about why he is qualified to be secretary of state."
Although obtaining the support of McCain and Graham means that Tillerson will likely be confirmed by the Senate (assuming the other Senate Republicans follow their lead), the Trump administration still faces potential embarrassment in the form of Rubio. Because Rubio has not officially decided whether or not he will vote for Tillerson's confirmation, according to Foreign Relations Committee Chairman Bob Corker of Tennessee, he could refuse to support Tillerson and thereby not allow his nomination to move out of committee.
UPDATE: Rubio announced Monday that he'd support Rex Tillerson, in a Facebook post.