The new national debate: Is it ever OK to punch a Nazi? 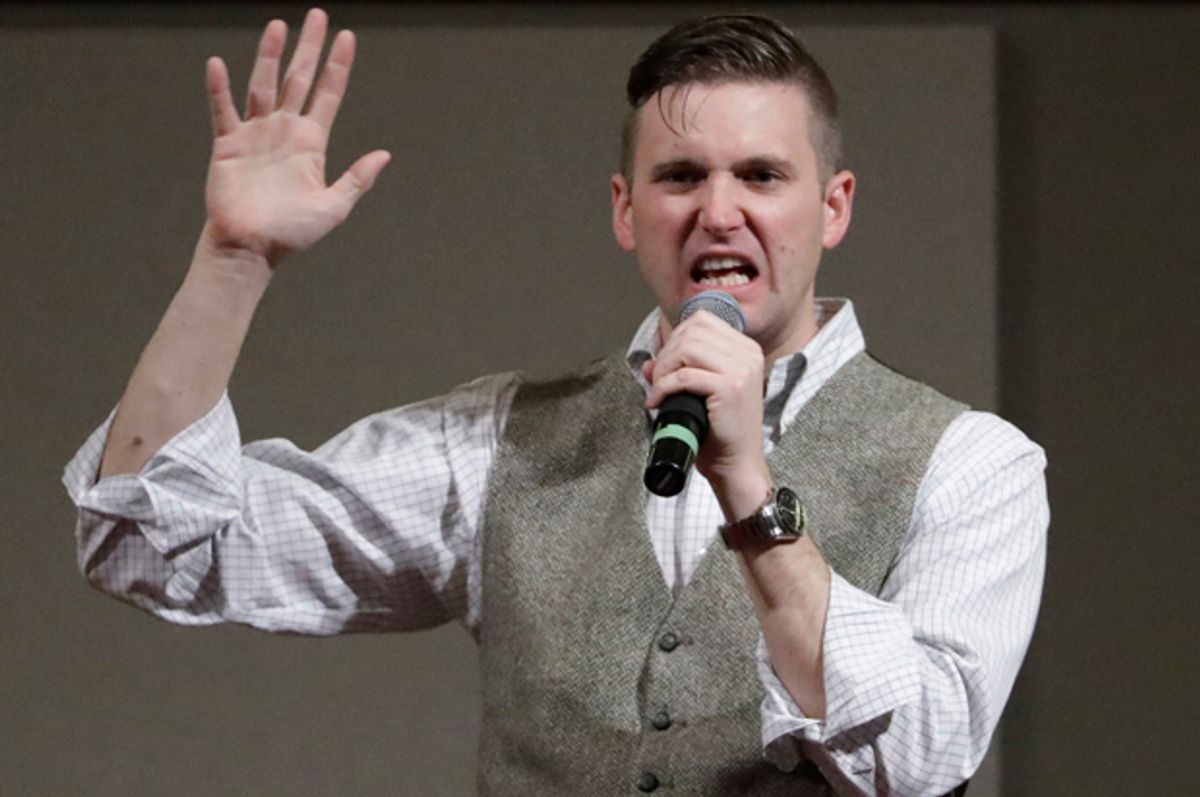 On Friday, Richard Spencer, president of the white nationalist think tank National Policy Institute and advocate for "peaceful ethnic cleansing," was punched in the face while bragging about the success of white supremacists in getting Donald Trump — whom they love — elected president.

That video was seen more than a million and half times. Richard Spencer has said he's not a Nazi — even though his "alt-right" has devolved into supporting racist tendencies. Then again, here's Spencer doing a Nazi salute.

The video has spurred a flurry of parodies and memes on Twitter.

Although the number of plays on the video and the glee with which the memes are being shared suggest many find it fun to watch someone who did a Hitler salute on stage get clocked, a serious debate over the act is going down over: If you see someone espousing the views of Adolf Hitler in public, should your knuckles meet their jaw? America needs answers, apparently. Even the New York Times jumped into the debate:

There was little substantive debate online about the ethics of punching Mr. Spencer. Twitter is not a place where minds are often changed, and the supporters and opponents of the sucker punch were unmoved by one another’s quips.

Opponents of the punch tended to say that violence had no place in political debate. Supporters tended to say the punch was funny, and more than a few compared Mr. Spencer’s attacker to famous Nazi punchers from pop culture, like Indiana Jones and Captain America.

A glance at cultural history indicates that violence towards Nazis has been something Americans have advocated for a while now.

Thankfully, the Times didn't bury the most important hidden gem:

Mr. Spencer’s video was recorded from what he described as “a safe space.” He said he thought the attack happened, in part, because he was in the wrong place at the wrong time.

Maybe the question shouldn't be, "Is it OK to punch a Nazi?" but, "If you don't want to be punched in the face, maybe you shouldn't preach Nazi values to the public?"