It's a jungle out there: international businesses associated with Trump and his name now at risk for terrorist acts 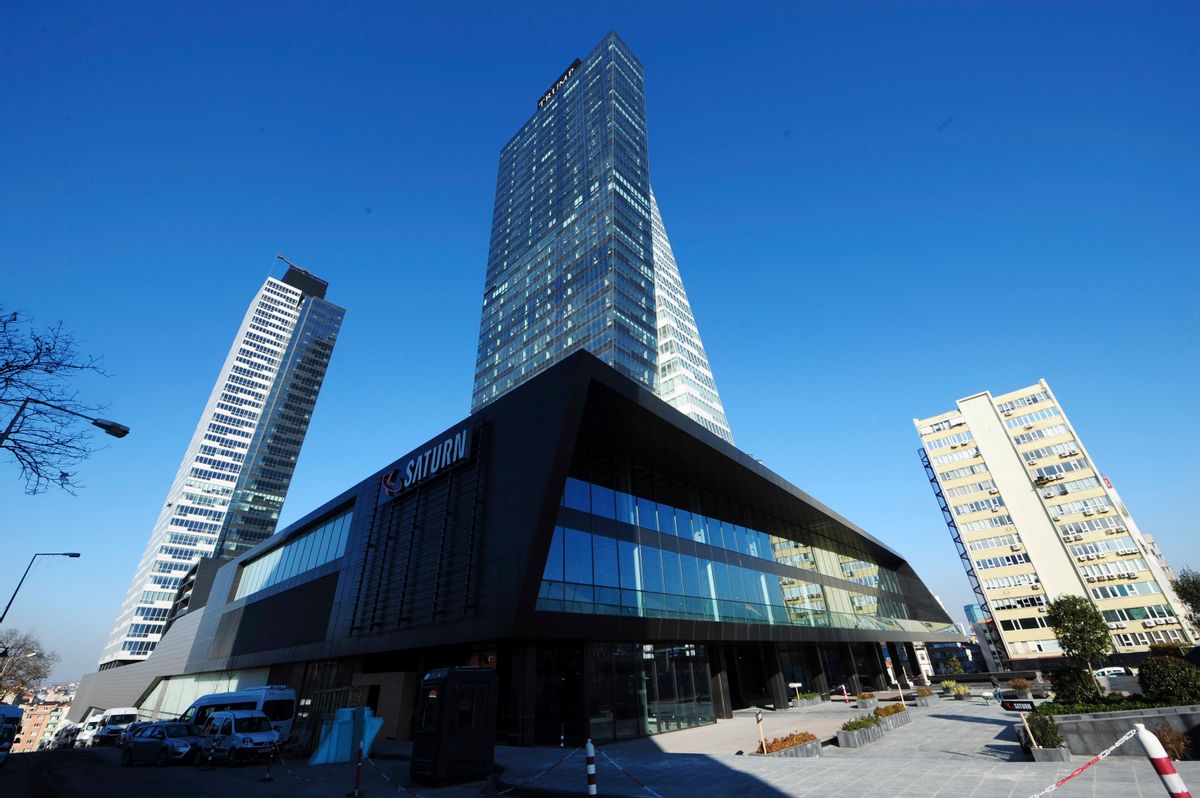 In this Monday, Feb. 20, 2012 photo, Trump Towers center, are pictured in Istanbul. Security experts warn that businesses around the world bearing U.S. President Donald Trump’s name face an increased risk now that the businessman is in the White House. (AP Photo/Emrah Gurel) (AP)
--

DUBAI, United Arab Emirates — Businesses around the world bearing U.S. President Donald Trump's name face an increased risk now that he is in the White House, security experts warn, especially as several are in areas previously targeted by violence.

As Trump remains a brand overseas, criminal gangs or militants could target buildings bearing his name in gold, abduct workers associated with his enterprises for ransom or worse, they say.

"They may kidnap a Trump worker and not even want to negotiate," aiming for publicity instead, said Colin P. Clarke, a political scientist with the RAND Corporation who studies terrorism and international criminal networks.

Predicting an attack keeps police, intelligence agencies and security experts awake at night around the world — and, by its very nature, it remains speculative.

U.S. brands have been targeted in overseas violence before, but they never belonged to a president. That's the difference. Trump becoming America's 45th president presents a unique challenge given the range of his international business interests.

Asked about security issues, the Trump Organization said in a statement it has "extensive protocols in place at our Trump-owned and -managed properties" in the United States and abroad.

"Our team continues to work very closely with local law enforcement," the statement said. "We are also working in tandem with the local developers at Trump-branded properties worldwide to ensure that all residents, guests and associates remain safe and secure." The organization did not elaborate.

While Trump has said he will put his business assets in a trust and hand over management control of his company to his two adult sons and a longtime Trump Organization executive, it's still his name on the projects.

That hasn't worried Kim Ok Kyu, who lives in a Trump-branded apartment tower in Seoul, South Korea. She said security at her building is quite good, with many guards and strict restrictions on outsiders entering the building

"Terror? I don't think about it. I just hope my home prices go up," Kim said.

But other properties are in areas that have seen violence, like Trump Towers Istanbul, the Turkish city hit hard by a string of bomb and gun attacks carried out by the Islamic State group. Flags and banners around the site bear the president's name, while private security guards man X-ray machines and metal detectors at its entrances, a standard practice in the city.

In Bali, where bombs planted by the Islamic extremist group Jemaah Islamiyah targeting bar-goers killed 202 people in 2002, Trump's organization has licensed the president's name to a planned luxury resort. Bali police spokesman Hengky Widjaja said no one had requested extra security for the property and authorities had no plans to increase their presence there.

A Trump-named residential tower is under construction in the Indian city of Mumbai, which was hit by a 2008 terror attack blamed on the Pakistani militant group Lashkar-e-Taiba that killed 166 people. Mumbai police spokesman Ashok Dudhe said he had no knowledge of any additional security around the tower.

Another tower is being built in Manila in the Philippines, a nation where Abu Sayyaf militants conduct frequent kidnappings for ransom and where President Rodrigo Duterte wages a brutal crackdown on drug dealers that has killed thousands. Philippine police say they haven't monitored any specific threat toward Trump properties, though a tower rising in Manila sits in an area under an intensified security watch after Duterte declared a "state of lawlessness" following a September bombing.

Even Trump's soon-to-open golf course in Dubai in the United Arab Emirates could be a target, despite the fact the Gulf Arab nation has largely escaped the violence gripping its Mideast neighbors. In the UAE's capital of Abu Dhabi, an American school teacher was stabbed to death in a mall bathroom by an extremist in December 2014. Authorities also have imprisoned others over disrupted terror plots in the country, which hosts some 5,000 members of the U.S. military.

Dubai police have declined to discuss safety on the golf course while the developer says it plans no additional security there. The U.S. Embassy in Abu Dhabi did not respond to questions about the golf course, which Trump's children are expected to soon visit.

All of the Trump properties should be looked at by outside security consultants, said Christopher A. Hagon, a managing partner of The Incident Management Group and a former London police officer with experience in diplomatic security. However, he acknowledged such commercial properties can't be surrounded by concrete blast walls and controlled like a U.S. Embassy.

"There is no complete answer to these things unless you've got a military encampment and you can do anything you like," Hagon said. "You've got to make compromises, but hope those compromises won't weaken the overall approach."

Away from the properties themselves, employees could be threatened, robbed or held captive, experts warn. Under U.S. law, the Secret Service is authorized to protect the president, the vice president and their immediate families. That would include his sons Eric and Donald Jr., who will run the Trump Organization under the plan announced by the president at a news conference last week.

Already, the Secret Service and the New York police have provided security in and around Trump Tower in Manhattan as the president lives and works there.

When asked about the Trump Organization, Secret Service spokeswoman Cathy Milhoan said the agency does "not comment on our protective operations." However, that Secret Service protection extends anywhere the president and his immediate family travels.

The U.S. intelligence community already has a duty to warn American citizens and others if it uncovers information about impending threats, which would include Trump's businesses.

In 2015, National Intelligence Director James Clapper set formal guidelines for how the intelligence community does that if it learns of impending threats of killing, serious bodily harm or kidnapping.

"This includes threats where the target is an institution, place of business, structure or location," according to Clapper's directive.

Those threats become more serious if Trump's work intersects with his duties in the Oval Office and a militant group decides to "mock, torment or tease" him with a kidnapped employee, Clarke said.

He added: "If an executive from Goldman Sachs or JPMorgan or Exxon Mobil gets kidnapped, it's news, but it's not the president's company."