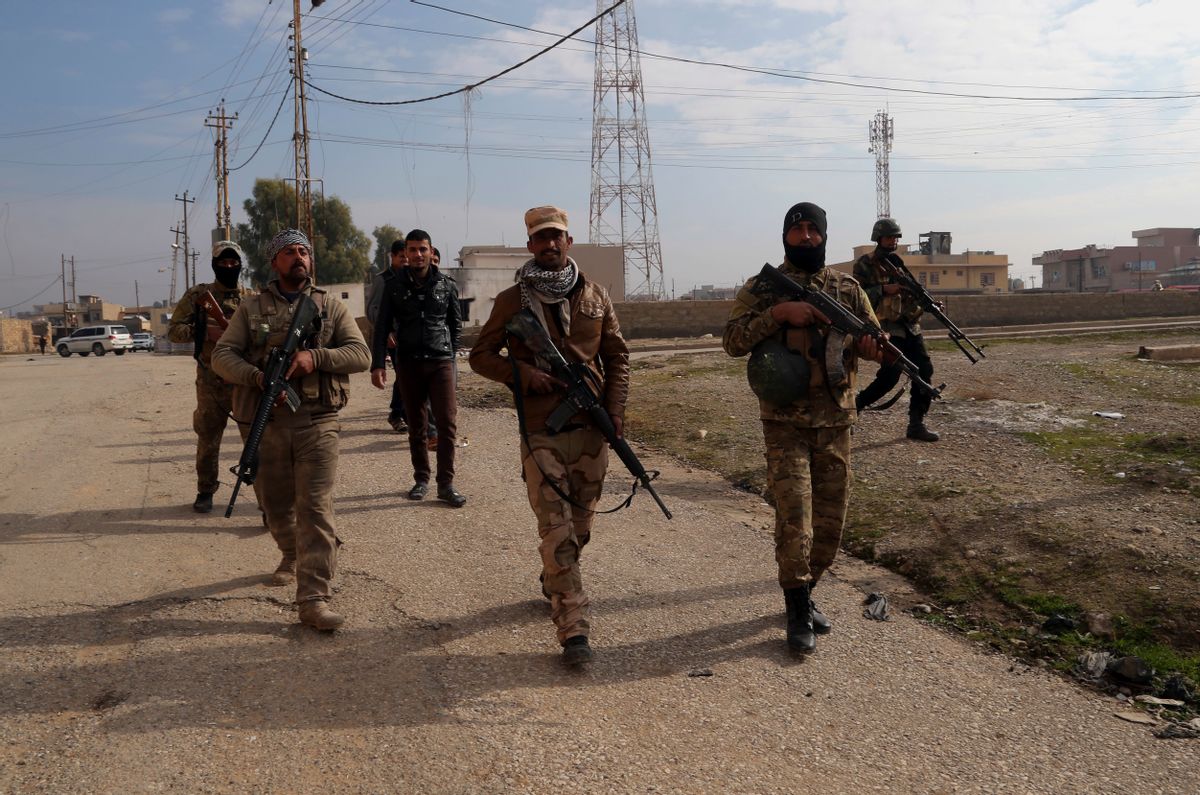 When President Donald Trump gave a speech before the CIA Memorial Wall in Langley, Virginia, the American intelligence community was not the only group listening. Trump's off-the-cuff remarks about oil and Iraq reportedly reached Iraqi soldiers and militiamen who are currently fighting ISIS.

“If we kept the oil, you probably wouldn’t have ISIS because that’s where they made their money in the first place,” Trump said in a televised speech at CIA headquarters. “So we should have kept the oil, but, OK, maybe we’ll have another chance.”

These words reportedly shook Iraqis, some of whom spoke with BuzzFeed News about the prospect of another American invasion.

“We kept our ammunition and weapons from the time the Americans left for fighting ISIS," one 27-year-old security official said. "But once ISIS is gone we will save our weapons for the Americans.”

BuzzFeed's Borzou Daragahi reported that Trump's remarks could spoil relations with one of the key players in the war against ISIS.

“He cannot do it. He cannot succeed,” said a 30-year-old Baghdad resident and militia fighter. “Of course I would fight the Americans if they came for the oil.”

“There’s no way Trump could take the oil unless he launched a new military front and it be a new world war,” said another who works as a photographer for a new branch of Iraq’s armed forces consisting of former militiamen and volunteers.

Even a Fox News contributor was alarmed by the president's blasé comments. Charles Krauthammer told Fox News' Bret Baier Saturday night that Trump's statement about keeping the oil after the 2003 invasion of Iraq could be considered a war crime.

"The point is that when you become president of the United States, your words, they are incredibly important. You can say one sentence and the dollar will lose its value." Krauthammer said. "Pondering the oil is a war crime."