Author Sallie Krawcheck on why we need diverse women protesting in the streets, in politics and in the workplace 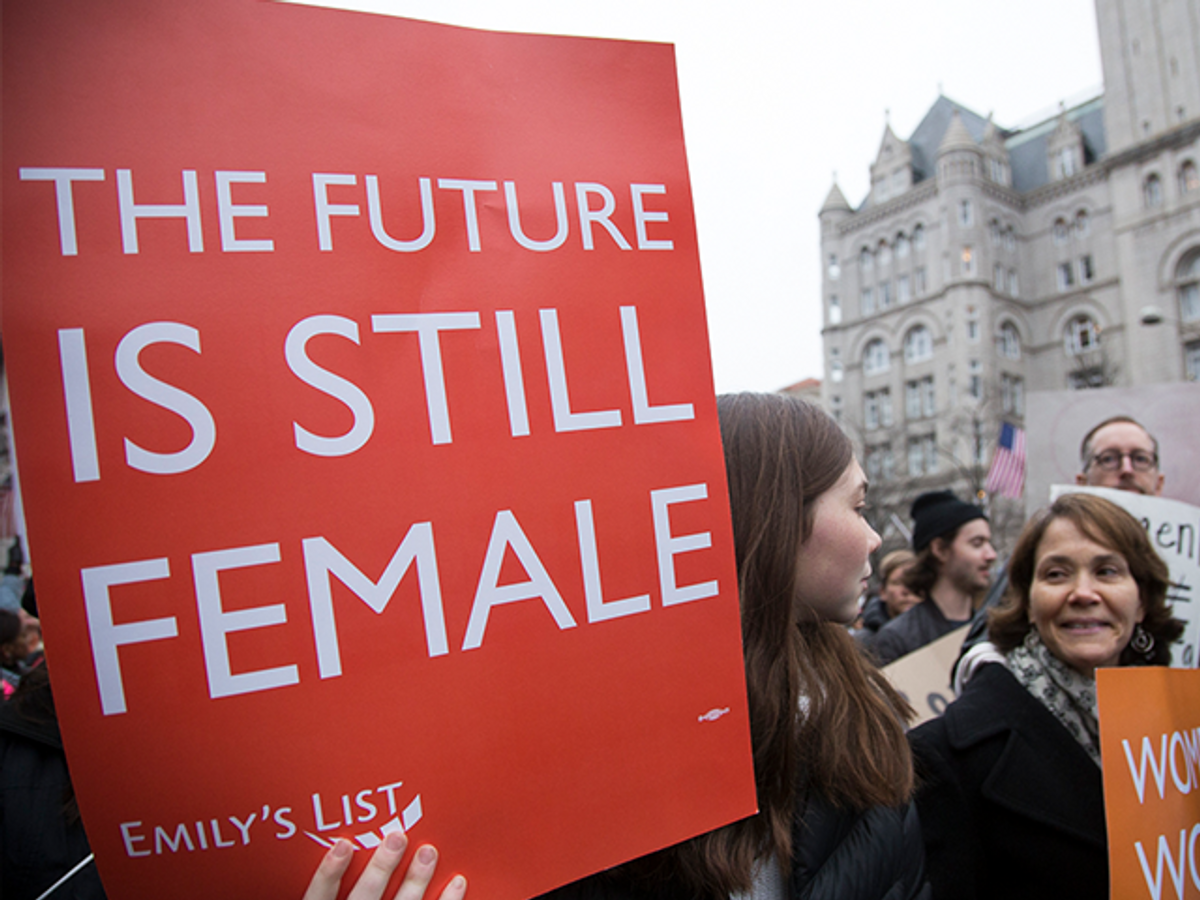 When there’s an event centered around women, someone will undoubtedly get offended and lament the exclusion of men, or worse. Just one example is conspiracy theory extraordinaire Glenn Beck, who said the women's march was an "astroturf" rally orchestrated by George Soros and radical Islamic groups.

But of course, that's not what these events are about. “Financial feminist” Sallie Krawcheck sums it up perfectly: “This is not about excluding the guys; it’s about including the women.”

Krawcheck recently sat down with Salon to discuss how our society can better include and listen to women. She also stressed the importance of advocating for other marginalized groups.

This message of inclusion was prominent on Jan. 21, when an estimated 2.5 million people marched around the world in solidarity with the Women's March on Washington. The D.C. event alone garnered more than double the anticipated attendees; original estimates were 200,000, but more than 500,000 people showed up.

The post-inauguration marches brought together people of many backgrounds and identities, and advocated for intersectional feminism that wasn't limited to cis white females.

The Women’s March on Washington, specifically, was organized by a diverse group of women whose intention was to make sure everyone felt represented. "The love and the hope I feel from strangers is just amazing," one attendee said.

As Krawcheck put it, there's "a future here that I’d like to talk about, that is actually a future that is really going women’s way.”