LISTEN: Rally in a red state: Instead of a Women’s March against Trump, this city’s event called for justice in many forms

On Saturday, Jan. 21, millions gathered in solidarity with the Womens' March on Washington. This is Louisville, KY 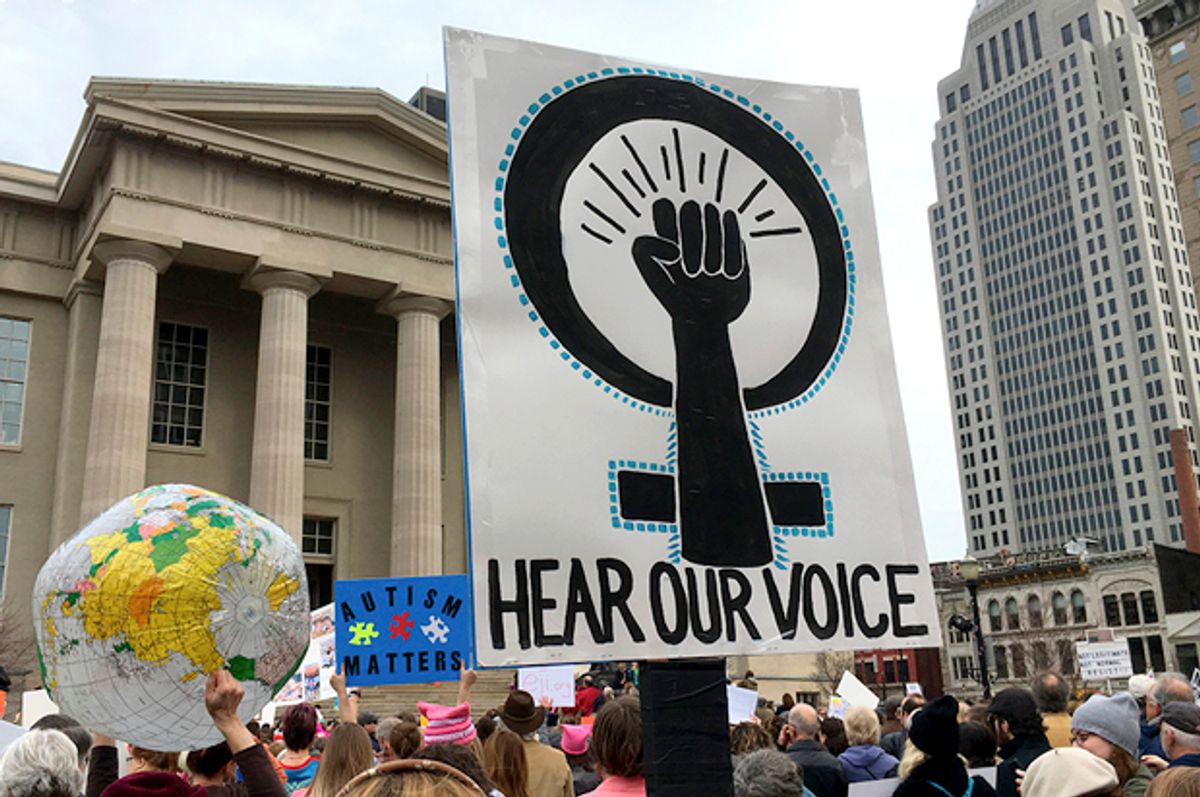 On Saturday, Jan. 21, millions of people assembled around the world in solidarity with the Women’s March on Washington.

Here in the U.S., hundreds of "sister marches" weren't all marches; nor were they exclusive to women or "coastal elite." We've seen the images from the half a million people attending the main march on Washington; New York and Chicago and San Francisco and Los Angeles, too. But people also assembled in Springfield, Missouri, and Pendleton, Oregon; across the Rust Belt and the Sun Belt; in small Appalachian towns and major metropolitan areas — all in organized protest of Donald Trump’s inauguration as President of the United States.

Louisville is Kentucky’s largest city, one of a handful of blue islands in the Commonwealth's sea of red voters. About 5,000 men, women and children gathered in front of Metro Hall, under the watchful eye of a statue of Thomas Jefferson, for the Rally to Move Forward. It wasn't a Women's March but an event focused broadly on issues of racial, gender, social and economic justice.

Congressman John Yarmuth, a Democrat who represents this district, was one of 20 speakers at the event. Here’s what Saturday sounded like in Louisville:

Here are some of the people who gathered in protest, in their own words: