Donald Trump's team is afraid to tell him the truth, according to reports, and he's not giving up his unsecured phone

Trump's Android — despite not being secure — is still being used 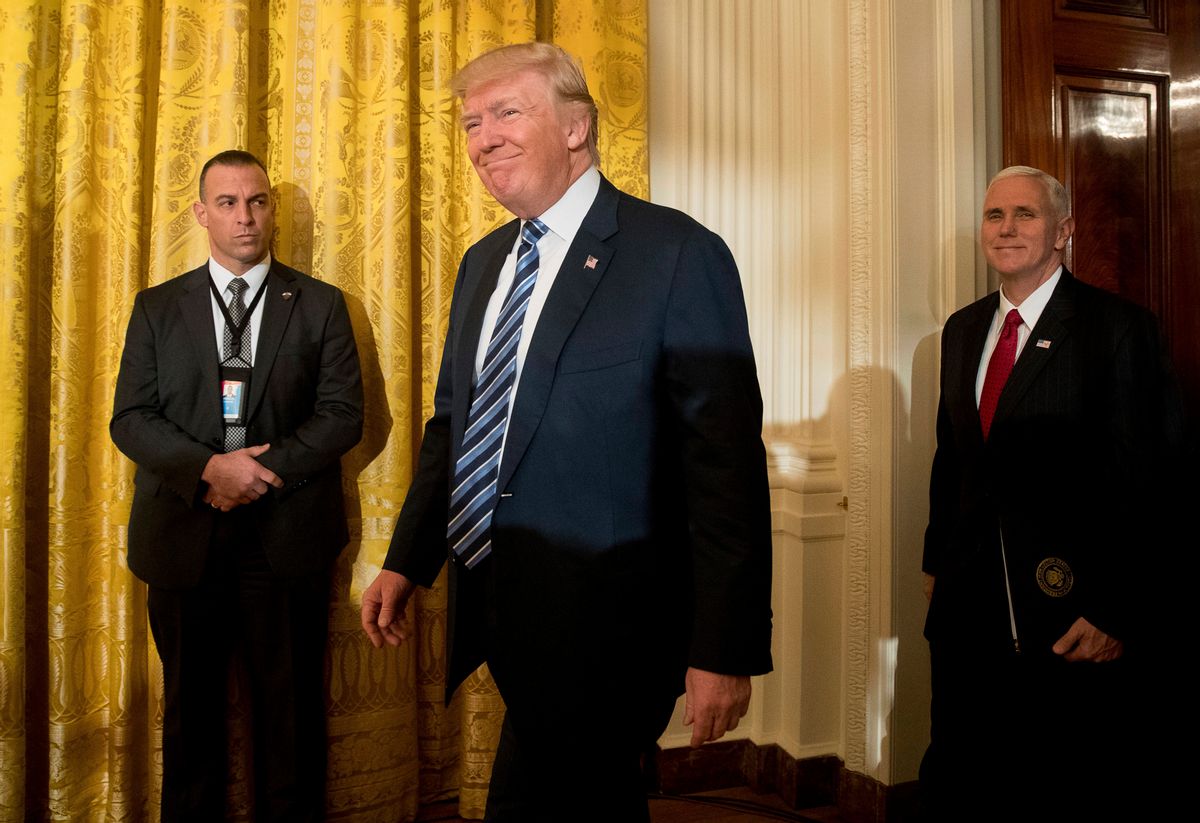 President Donald Trump's media addiction includes a regular habit of watching MSNBC's "Morning Joe" — which won't bode well for the commander in chief after hearing the comments of co-host Mika Brzezinski on Wednesday.

"About lying and obsession on crowd size, I will tell you Sean Spicer, I wish I could roll back five days for him," said Brzezinksi in reference to Press Secretary Sean Spicer, who she and the other "Morning Joe" hosts have repeatedly criticized for lying to the media, allegedly in order to place the president's bruised ego.

"[Sean] should have sat for five days watching video of press secretaries from year’s past learning how to do questions and how to answer them," Brzezinski continued. "And as for Saturday — when he went out there and did the hostage video — he should have said, ‘No, Mr. President. If you force me to do this I will walk out the door right now with nowhere to go with my family because I will not lie to the media.'”

She later noted the reports which have said about President Trump that "his team can’t beat to tell him the truth. That’s bad."

More reports about Trump indicate that he is "dogged by insecurity over his loss of the popular vote in the election and a persistent frustration that the legitimacy of his presidency is being challenged by Democrats and the media, aides and associates say." This prompted him on Wednesday to say that he plans to launch an investigation into voter fraud, even though there is no merit to the claims that any significant fraud occurred at all (much less enough to account for Trump's nearly 3 million vote deficit in the popular vote).

On the other hand, Trump is reportedly starting to enjoy living in the White House, although The New York Times article which also noted "Trump has the television — and his old, unsecured Android phone, to the protests of some of his aides — to keep him company."

He also chose to hang a portrait of Andrew Jackson in the Oval Office. Jackson had a notorious temper and was bigoted against racial minorities.