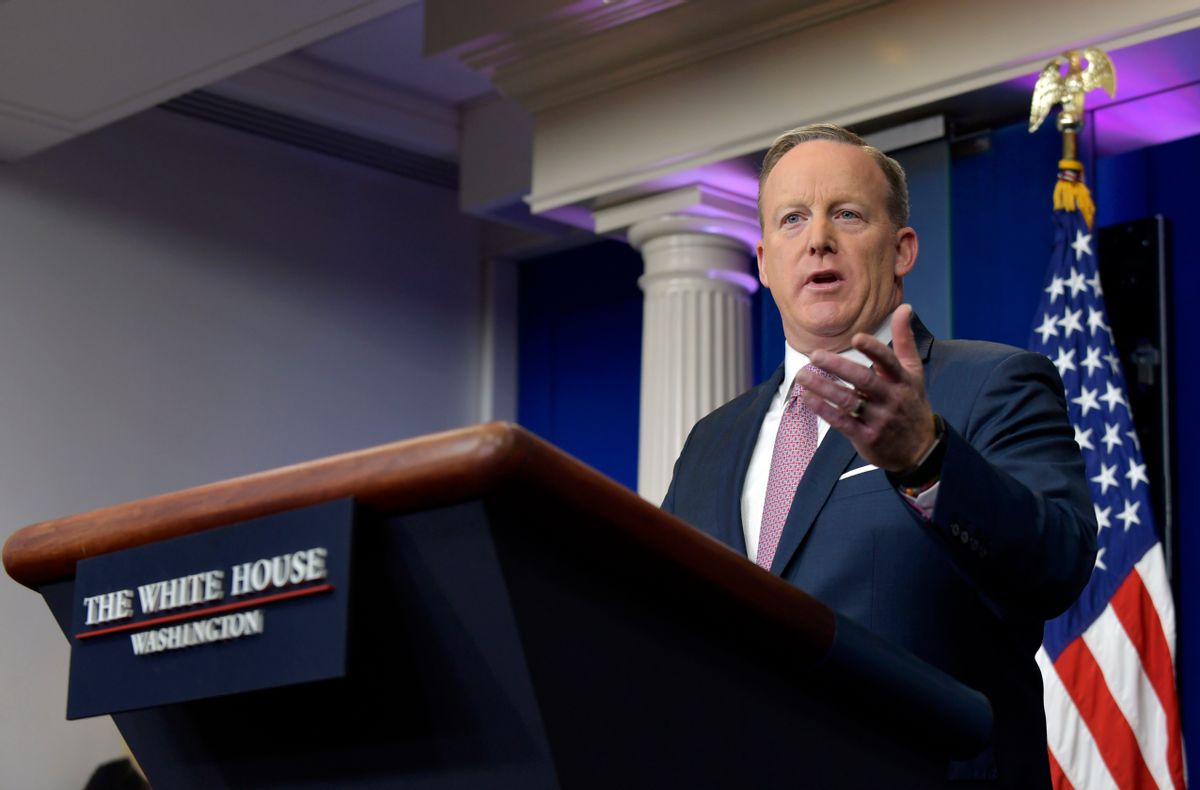 After President Donald Trump announced on Twitter this morning that he will ask for an investigation into the results of an election he won, White House press secretary Sean Spicer indicated during his press briefing on Wednesday that "big states" like California and New York would likely be the focus of the probe.

"This is not just about the 2016 election. This is about the integrity of our voting system," Spicer said when faced with a question about the forthcoming investigation.

The new press secretary was asked to explain Trump's doubts in the integrity of the vote after his legal team had argued that the election was "not tainted by fraud" when Green Party candidate Jill Stein was contesting the results in Michigan.

Instead of answering the question directly, Spicer rehashed Trump's campaign strategy, noting that his focus was in smaller states like Michigan and Maine, so the truth about voter fraud in larger states was still inconclusive.

"There is  lot of states that we didn't compete where that isn't the case. You look at California and New York, we didn't look at those two states in particular," Spicer said. "There are big states, very popular states, and urban areas where you would have spent more time campaigning, but he played the game according to the rules of the game, which is an electoral strategy."

Watch a clip of Spicer talking about the impending investigation below:

Spicer says there could be potential voter fraud examined in “a lot of states that we didn’t compete in… bigger states” – mentions CA and NY pic.twitter.com/GFGjRKKmjQ