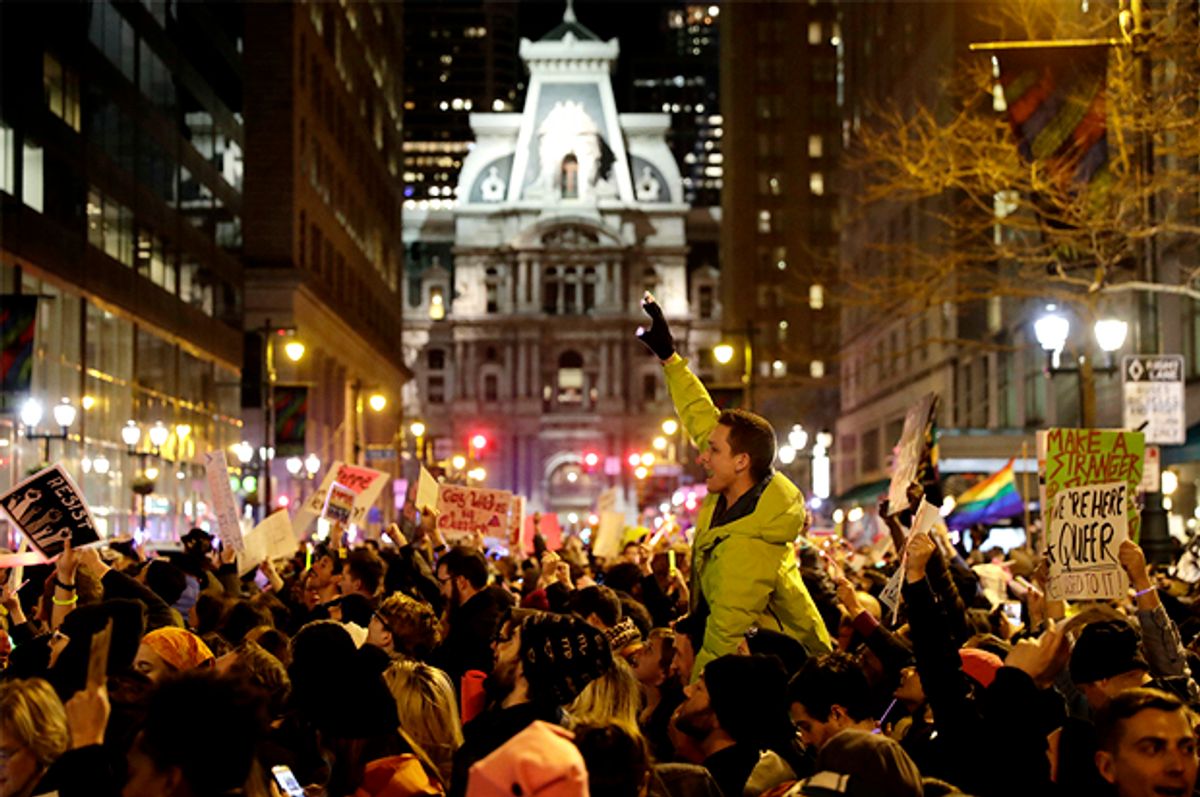 Donald Trump took his first official trip as president aboard a newly rechristened Air Force One Thursday. When the 45th president landed in Philadelphia, he was greeted by throngs of protesters who took to the streets for the third day of massive protests since Trump's inauguration six days ago.

Protesters had gathered for a second day of demonstrations against congressional Republicans, who were visiting the city of brotherly love for an annual retreat. Trump arrived in Philadelphia to address Republican lawmakers and broke with a long-held bipartisan tradition by refusing to take any questions from the elected officials of his own party.

Amid petty battles over crowd sizes and viewership of his inauguration, Trump has taken to setting the controversial agenda he presented on the campaign trail into motion -- leaving Republican congressional leaders in the awkward position of dodging questions about torture, rampant voter fraud and who will pay for a wall on the U.S. - Mexico border.

"We're sort of facing some really negative stuff, so having a really positive kind of protest, that makes me happy," one protester told Philadelphia's WPVI.

Philadelphia Police Commissioner Richard Ross told the local CBS affiliate that the protests have been “very peaceful” so far.

Meanwhile, thousands gathered in cities along the East Coast on Wednesday night to protest Trump's sweeping executive orders cracking down on immigration and imposing a ban on certain majority Muslim nations.

Dozens of LBGTQ activists gathered for what they called a #QueerRage protest in Philadelphia's City Center on Wednesday night:

Dance party protest outside hotel where GOP retreat is happening in Philly. pic.twitter.com/Noh3kk2NM3