Following backlash from the left, Elizabeth Warren defends her vote for Ben Carson

Liberal commentators, activists and her base were riled up by Warren's support of Carson for HUD secretary 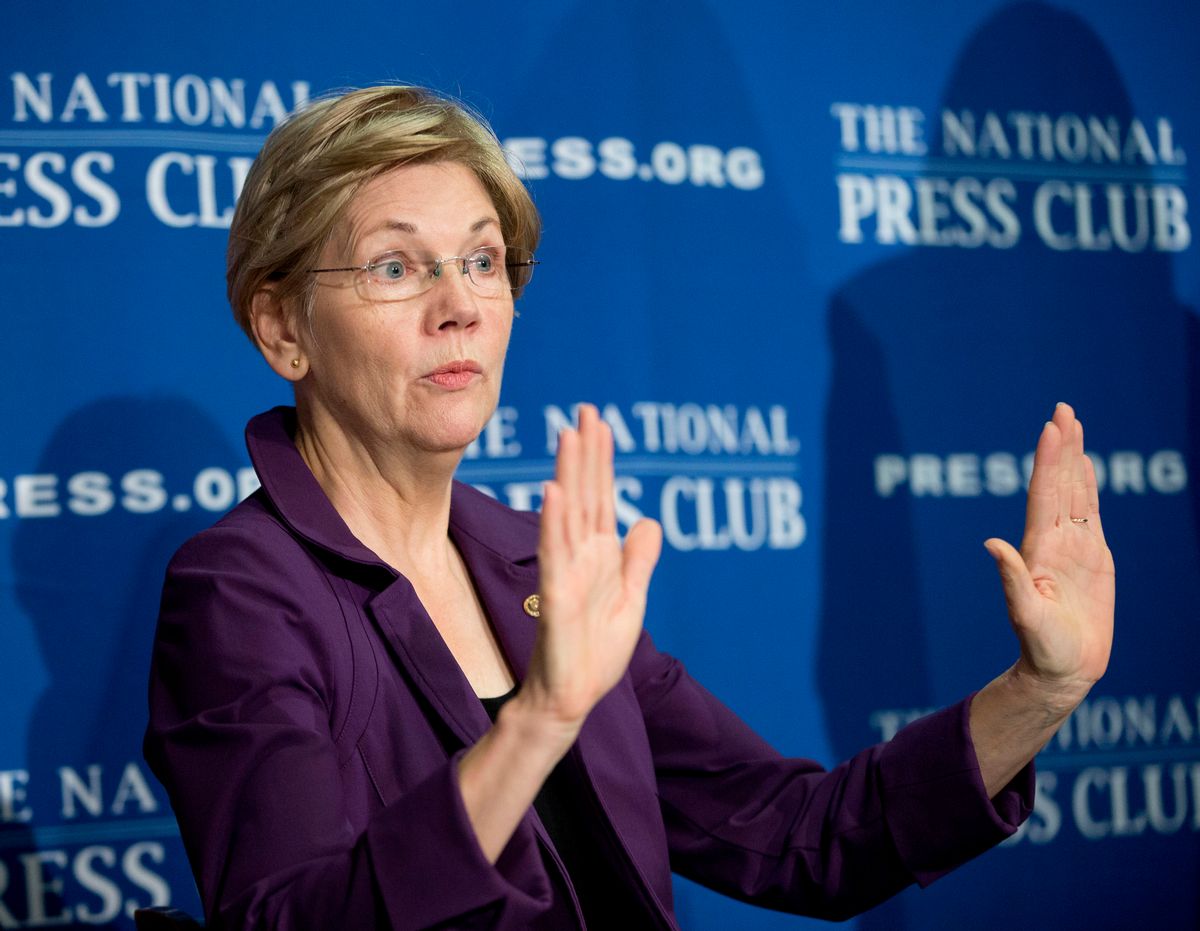 FILE - In this Nov. 18, 2015, file photo, Sen. Elizabeth Warren, D-Mass. gestures before speaking at the National Press Club in Washington. Warren has taken to Twitter to attack what she calls presumptive Republican presidential nominee Donald Trumps toxic stew of hatred & insecurity. She put out a series of tweets Tuesday night as results from the GOP primary in Indiana left Trump as the overwhelming favorite to become the GOP nominee. (AP Photo/Pablo Martinez Monsivais, File) (AP)
--

As Democrats try to find the best strategy to resist President Trump, Sen. Elizabeth Warren opted to back Ben Carson as head of Housing and Urban Development. News of her surprising support appeared to have disappointed her base of supporters. Even liberal commentators and activists expressed their displeasure.

It's a shame that Warren just decided not to run for president in 2020. https://t.co/VKfY6fCzce

Warren and Brown are pathetic, Dem equivalent of McCain and Rubio backing Tillerson. They know it's wrong, don't care who suffers. https://t.co/2kbr9wO9Tn

Facing this backlash, Warren took to Facebook to expound on her decision to support Carson, who many of her supporters have seen as an unsatisfactory choice to run public housing in this country.

"Yes, I have serious, deep, profound concerns about Dr. Carson’s inexperience to lead the Department of Housing and Urban Development," Warren wrote in a public post. "Yes, I adamantly disagree with many of the outrageous things that Dr. Carson said during his presidential campaign. Yes, he is not the nominee I wanted," she added. "But 'the nominee I wanted' is not the test."

Warren claimed she carefully vetted Carson during the confirmation process and that she ultimately determined that President Donald Trump's alternative choice for HUD secretary could fall short on the promises Carson made in the hearings.

"But at his hearing, he committed to track and report on conflicts of interest at the agency," Warren wrote. "In his written responses to me, he made good, detailed promises, on everything from protecting anti-homelessness programs to enforcing fair housing laws. Promises that – if they’re honored – would help a lot of working families," she added.

This is a MISERABLE FAILURE Senator Warren. You are FAILING THE PEOPLE OF MASSACHUSETTS and all of us with this behavior. https://t.co/HczcXqiZzs