Goldman Sachs will bring fundamental evil into the White House

During the 2016 presidential campaigns, the Goldman Sachs brand continued to be politically toxic 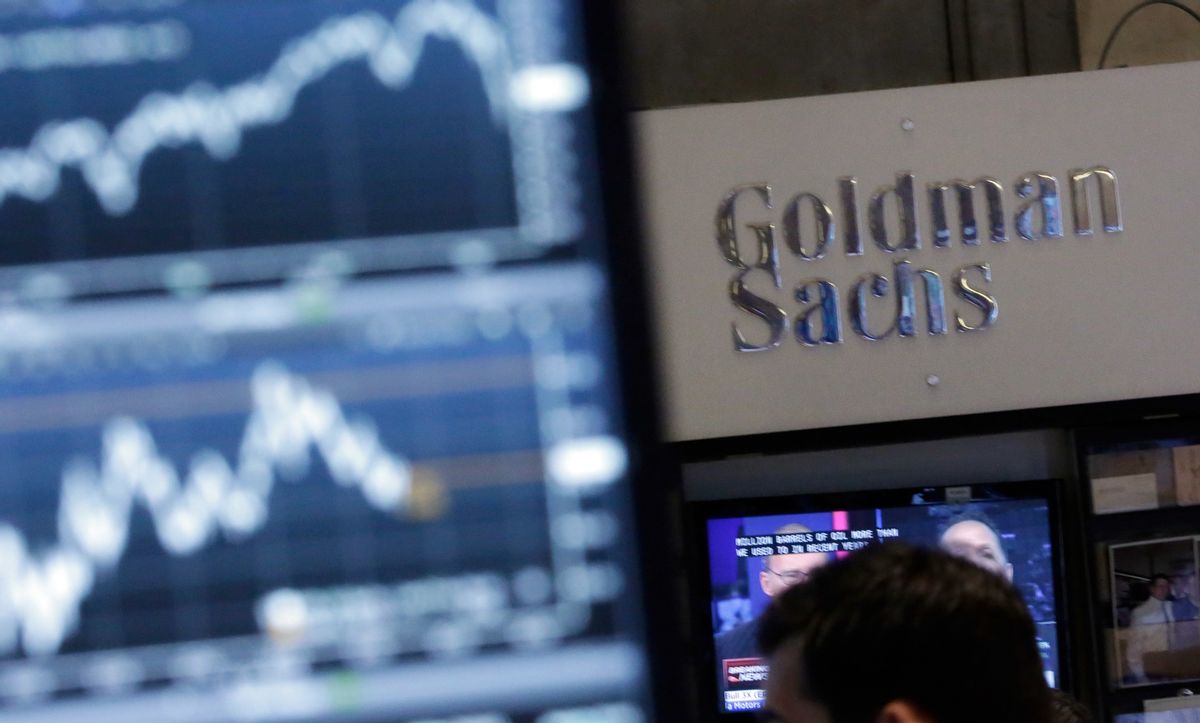 Five years ago Goldman Sachs played the arch-villain of the financial crash, the very essence of a greedy, rapacious bank that profited while ripping off its own customers and the American people. As the vampire squid, it was the perfect target for the Zuccotti Park demonstrations that turned into Occupy Wall Street with 900 encampments around the world.

The charges against Goldman Sachs were real. They really did violate the law. They really did rip off their customers. They really did defraud investors. As of today, it has paid nearly $9 billion in government fines for its shoddy dealings. Of course, no one has gone to jail for these enormous swindles.

During the 2016 presidential campaigns, the Goldman Sachs brand continued to be politically toxic. Yet Hillary Clinton proceeded to accept $675,000 from Goldman Sachs for three speeches. First Sanders and then Trump pounded her for catering to Wall Street elites. It was certainly not the only reason for Clinton's defeat, but it may have contributed.

Remarkably, Trump believes the toxicity won't rub off on him. In a clearcut signal to the financial community, he has opened the White House to powerful Wall Street appointees. Goldman Sachs, again, has one of its own, Steven Mnuchin, as Treasury Secretary and Gary Cohn as chair of the National Economic Council. Other Goldman Sachs alumni in the Trump administration include chief White House strategist Steven Bannon, Jay Clayton as head of the Securities and Exchange Commission, and Dina Powell as a White House adviser.

Trump may be setting a record for Goldman Sachs appointees.

Will Trump Pay the Price?

A good part of Trump's victory was built upon three deep resentments simmering in the electorate: hatred of Wall Street and what it got away with, disgust over trade deals that destroyed decent U.S. jobs, and the off-shoring of U.S. jobs to low-wage areas.

By recruiting Goldman Sachs alumni to run government economic policy, Trump has set himself on a collision course between his jobs/trade pledges and his desire to kiss up to Wall Street.

So how does Trump justify his new love affair with Goldman Sachs executives? He can't. His team defends the choices by saying they are only hiring the very best people, not Goldman Sachs. Media outlets like the New York Times then confirm the good character of these choices by interviewing prominent people like former New York Mayor Michael Bloomberg (himself a Wall Street billionaire), who says, “Whatever you may think of them individually, you can’t get to be a Goldman partner and survive if you’re stupid, lazy or unprofessional.”

But such media fluff is irrelevant. It doesn't matter whether they are smart or able. Of course they are. What matters is the world view they will carry into the heart of the Trump administration. After decades on Wall Street, the needs of global finance shape their entire universe, their sense of the possible and their sense of justice.

Even a cursory investigation leads to an obvious conclusion: The Goldman Sachs view of the world is all about the outsourcing of jobs and the promotion of corporate trade: the polar opposite of what Trump claims he wants for working people.

Goldman Sachs sits at the heart of the global network of production and distribution of nearly everything we use and need. This is not an exaggeration. Of the largest 43,060 trans-national corporations, only 147 corporations, nearly all of them financial, exercise significant control, directly and indirectly, over this vast network, according to an exacting 2011 study. Goldman Sachs is ranked as the 18th most powerful institution in the world on that very small core list. Trump's global empire is not ranked—a minnow compared to a vampire squid.

Here are the fundamental values Goldman Sachs will bring to the White House.

1. Thou shall off-shore as many jobs as possible: Currently, Goldman Sachs is teaching the world how to move white-collar service jobs from high-wage to low-wage areas. It has created a model community in Bangalore, India (the Embassy Golf Links Business Park), that now houses 6,000 Goldman Sachs jobs, making it the largest Goldman Sachs office complex outside of New York. Also, it is the home of other U.S. corporations like IBM, Yahoo and Microsoft. Together the facility is home to 43,000 jobs, many of which once were filled by U.S. workers on U.S. soil.

The primary architect of the Goldman Sachs flight to India is none other than Gary Cohn, the former Goldman Sachs president who will head Trump's National Economic Council.

2. Thou shall buy back your stocks. Goldman Sachs has direct and indirect control over thousands of corporations. To profit from that control, it must extract wealth from how those corporations operate. The simplest way to do so is by pressing for stock buybacks—forcing the company to use its cash flow to go into the marketplace and buy back its own shares, thereby raising its price. In doing so it automatically raises the value of Goldman Sachs investments. It is routine for Goldman Sachs to demand such buybacks.

To create the cash flow to finance stock buybacks, corporations are pressured to move jobs from high wage to low wage areas. Inevitably, when a company announces the off-shoring of jobs, it comes on the heals of a very large stock buyback plan. (See here for how this played out at Carrier and United Technologies.)

3. Thou shall deregulate trade: The leading financial corporations in the world believe that capital, especially bank capital, should be permitted to travel the globe without government restrictions. In addition, they want multi-national trade agreements and institutions to enforce the repayment of debts, no matter the circumstances. They also want corporate rights to supersede local regulations that might interfere with profits. (If, for example, local environmental regulations lead to lost profits, the governments involved should be held liable.) Overall, Goldman Sachs wants trade agreements to enable any and all firms to move capital around the globe at will with no retaliatory tariffs.

If you're a Goldman Sachs partner, you must believe in this kind of trade. Your entire financial career was based upon it. Therefore, while Trump might say otherwise, there is no chance that his Goldman Sachs team will advocate policies that could upset the international trade regime.

4. Thou shall not regulate finance: To be part of Goldman Sachs is to believe that financial regulation is superfluous. As a sacred creed, they believe that global markets police themselves. Government regulations not only are unnecessary but are usually harmful, creating inefficiencies that hinder economic growth. And if Goldman Sachs did anything wrong in the lead-up to the crash, it was inadvertent or accidental or the result of poor regulations. Overall, Goldman Sachs partners believe the institution is honorable, honest and vitally important to the global economy.

Yes, they all know Goldman Sachs is far too big to fail. But that's not a worry. They truly believe they never will fail, because they never are fundamentally wrong.

So, we won't be hearing about new Wall Street regulations from the Goldman Sachs White House team. There's a reason why many bank shares have jumped 35 percent since the election.

Is there a way to counter the Goldman Sachs occupation of the Trump administration? The answer might be a new Occupy Wall Street.

Group of activists from New York Communities for Change and other area organizations are set up an encampment at Goldman Sachs headquarters, 200 West Street in Manhattan. Under the banner, "Shut Down Goldman Sachs," a series of events were scheduled to highlight its financial greed. (See the organizers' Facebook page for up-to-date information.)

One hopes this kind of event will catch on and spread. But one thing is crystal clear: We need to mobilize in some bold way as soon as possible to counter the Goldman Sachs occupation of the White House. We should support these intrepid activists in any way that we can.