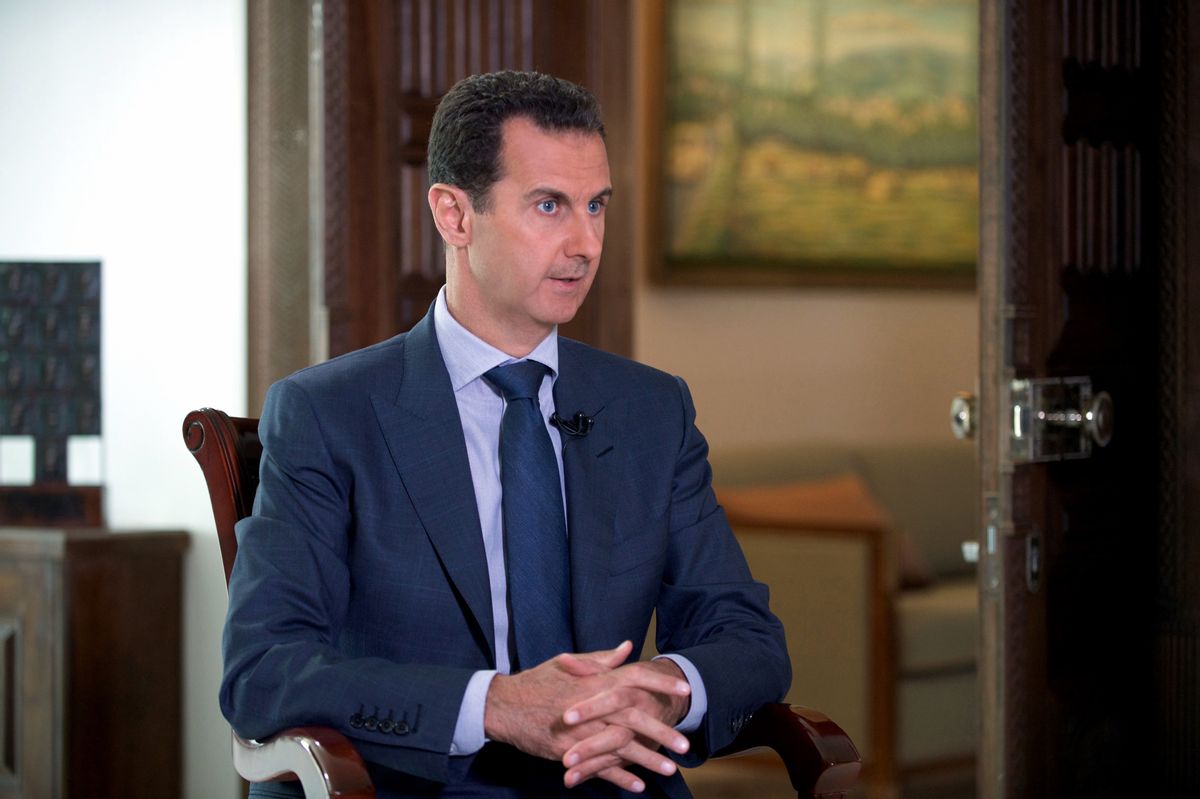 WASHINGTON — A congressional Democrat just back from a weeklong trip to Syria defended her meeting with the war-torn country's president, saying Wednesday there's no possibility of a viable peace agreement unless Bashar Assad is part of the conversation.

Rep. Tulsi Gabbard of Hawaii said she originally had no intention of sitting down with Assad, according to a statement issued by her office detailing her travels. But she changed her mind when the opportunity arose.

"I think we should be ready to meet with anyone if there's a chance it can help bring about an end to this war, which is causing the Syrian people so much suffering," Gabbard said.

Lawmakers have accused the Assad government of war crimes and even genocide as the number of people killed during the violence in Syria continues to mount. The war, now in its sixth year, has killed hundreds of thousands of people, contributed to Europe's worst refugee crisis since World War II and given the Islamic State group room to grow into a global terror threat.

Rebel groups in Syria are bitter over a string of territorial losses, including last month's defeat in Aleppo, Syria's largest city. Russia, with its massive air power, and Iran, with thousands of Shiite militiamen in Syria, turned the war unequivocally in Assad's favor.

Gabbard said her trip included stops in Aleppo and Damascus, Syria's capital. She also visited Beirut during the trip, which began in mid-January. Gabbard said she also met with refugees, Syrian opposition leaders, widows and family members of Syrians fighting alongside groups like al-Qaeda, and Syrians aligned with the Assad regime.

Gabbard said that the U.S. has "waged wars of regime change" in Iraq, Libya and Syria. Yet each has resulted "in unimaginable suffering, devastating loss of life, and the strengthening of groups like al-Qaeda" and the Islamic State group, she said.

"My visit to Syria has made it abundantly clear," Gabbard said. "Our counterproductive regime change war does not serve America's interest, and it certainly isn't in the interest of the Syrian people."

Gabbard said the House Ethics Committee approved her trip, as required by House rules, and taxpayers didn't foot the bill.

Other members of the delegation that traveled with her included former Ohio congressman Dennis Kucinich and Gabbard's husband, Abraham Williams.

She said at the time that she took the meeting with Trump over concern that a wing of the Republican Party known as the neocons would grow in influence once Trump took office. She feared that could push the U.S. more deeply into Syria, which could lead to a direct conflict with Russia.