Republican Gov. Bruce Rauner said Trump's plan to send in the National Guard "would be a mistake” 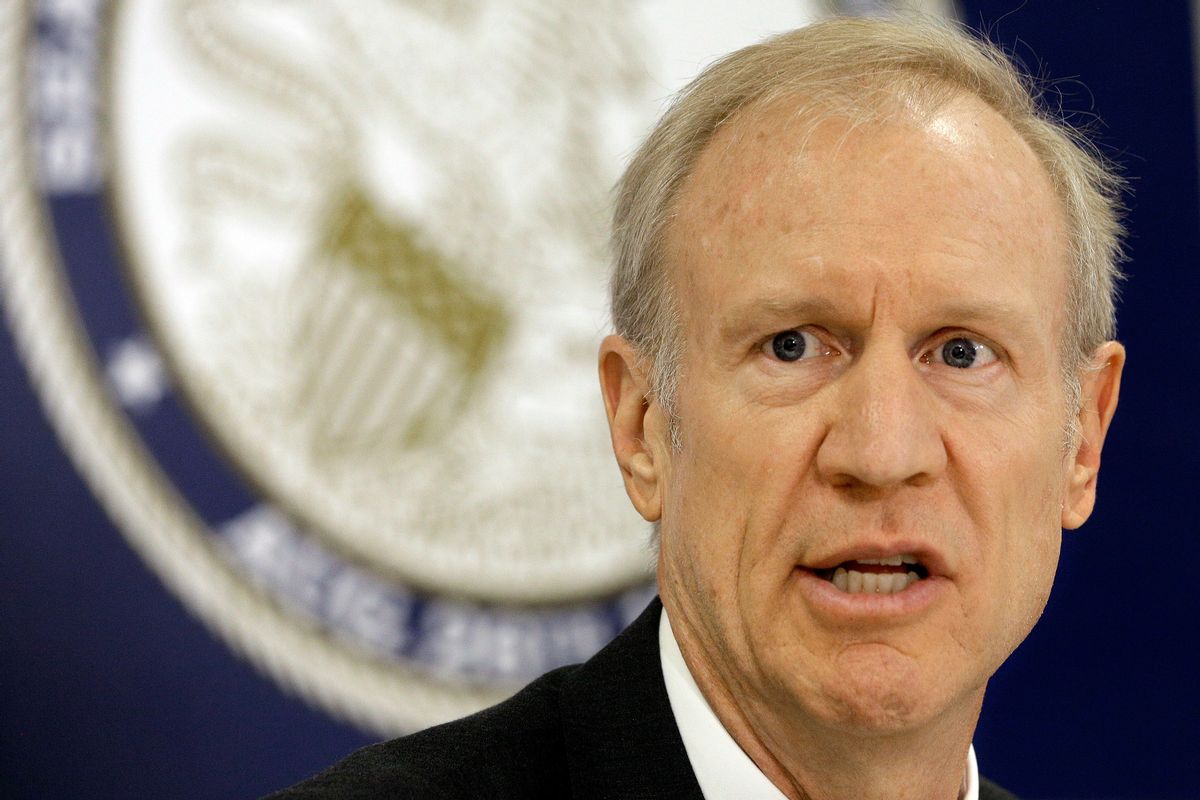 In his first week in office, President Donald Trump has seen millions of people take to the streets in protest and angered several Republican governors who feel ignored -- including Illinois Gov. Bruce Rauner, who complained that the president has yet to reach out about the violent crime in Chicago he has repeatedly highlighted.

Just four days after Donald Trump took the oath of office and delivered an inaugural address citing the "American carnage" left behind by crime, gangs and drugs, the president threatened federal intervention into one of America's largest cities.

"I will send in the Feds!" tweeted Trump, who campaigned on a law-and-order platform that often focused on crime in Chicago.

"The statement is so broad. I have no idea what he's talking about," Chicago police Superintendent Eddie Johnson told the Chicago Tribune Thursday. Trump's press secretary said the president was referring to providing resources, yet there are already considerable federal resources on the ground in Chicago, the country’s third-largest city.

Chicago officials, Trump warned, need to "straighten out the problem.”

"Chicago is like a war zone," he declared. "People are being shot left and right.”

Despite his repeated campaign rhetoric regarding Chicago, Trump hasn't even bothered to return the requests from Illinois GOP governor to discuss the issue. As CNN first flagged, Rauner made the revelation on on WGN radio's "Steve Cochran Show" Wednesday.

“He has not [called],” Rauner said. “Our administration, I’ve asked and it [hasn't] happened now for the last 18 months, our administration has been in conversations with members of at the DEA and at the FBI. We continue to talk to experts around the country, we continue to believe it’s not the right thing for us to send in the National Guard; that would be a mistake.”

Trump may not be too interested in working with either Chicago police or Rauner to determine how best to aid the city. In his interview with ABC News, Trump suggested that he already has the answers to how the violence in Chicago could be easily resolved.

"I want them to fix the problem. They have a problem that’s very easily fixable,” he insisted.

Trump's public calling out by a Republican governor comes just days after Republican governors in Georgia and Mississippi turned to the media to complain that Trump's administration was slow to send help in the aftermath of deadly storms across the South over the weekend.