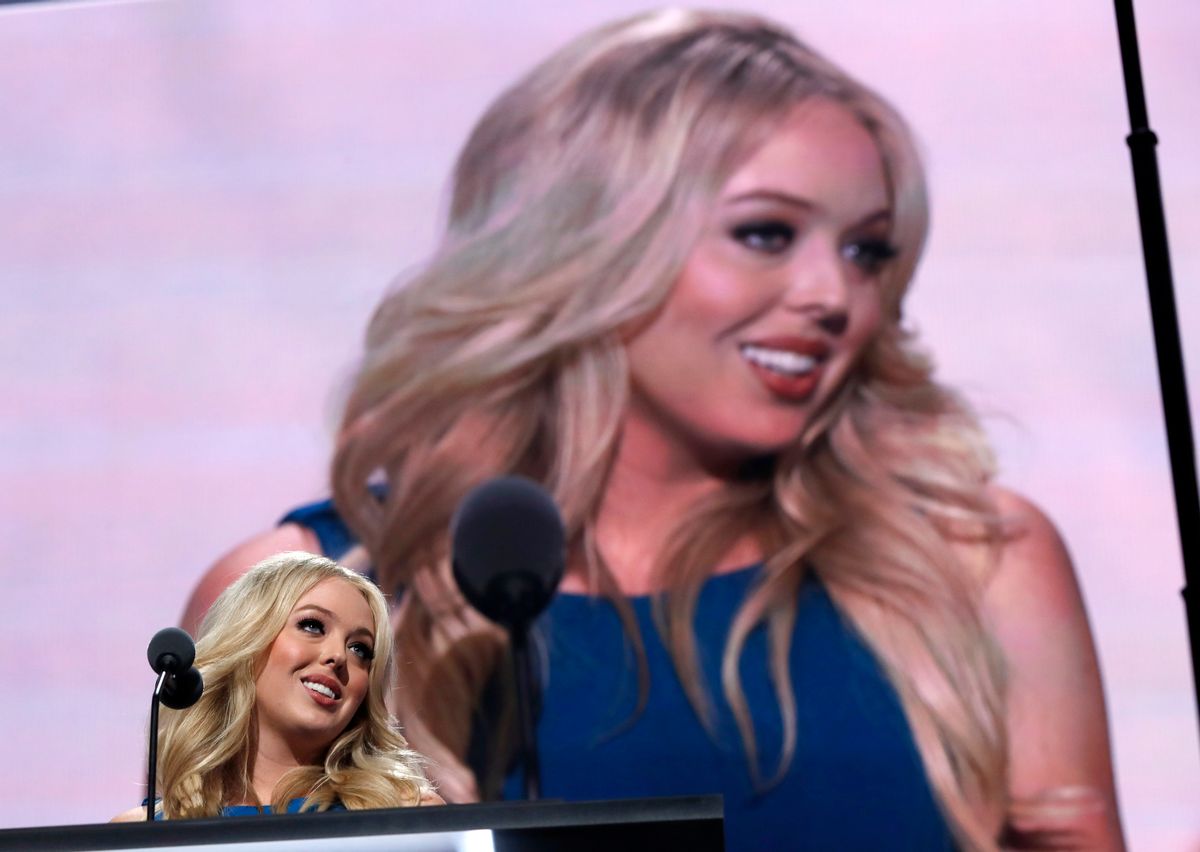 President Donald Trump's definition of "voter fraud" appears to include his own daughter after reports indicated Tiffany Trump was registered to vote in both Pennsylvania and New York. Her predicament falls under his own Twitter encapsulation of the the problem: "those registered to vote in two states." As the president put it:

I will be asking for a major investigation into VOTER FRAUD, including those registered to vote in two states, those who are illegal and....

But on Thursday, Trump spokeswoman Kellyanne Conway said that the report about Tiffany was false and offered her own alternative facts.

"I just want to correct a part of your reporting," Conway said on NBC on Thursday morning. "I talked last night with Tiffany Trump and she said it is flatly false that she is registered in two states. And I recall talking with Tiffany all through the fall when she was trying to make sure she could reregister in New York to vote for her father. She had been registered in Pennsylvania and went through the process."

Despite Conway's assurance, a local election official confirmed to NBC News after the interview that Tiffany Trump was indeed still registered to vote in Philadelphia, where she had attended college at the University of Pennsylvania.

It is not illegal to be registered in two states at the same time. It is a common occurrence when people move across state lines. But the revelation about Trump's dual-active voting status is significant because it would appear to be the type of "fraud" that the Trump administration hopes to investigate.

Democrats have expressed concern that Trump would use innocuous findings from the investigation — like the fact that a lot of people who voted are registered in two states — as a pretense to propose stricter voting laws, which would hurt poor and minority residents (who happen to vote Democratic). But if Trump's daughter was unintentionally in violation of the very "fraud" he is investigating, it might be harder for him to justify a crackdown on voting.