"La La Land" and the Oscars: Why the movie attracts haters

Opposition to the film has come from fans of the Hollywood musical and admirers of jazz. Too bad they are wrong 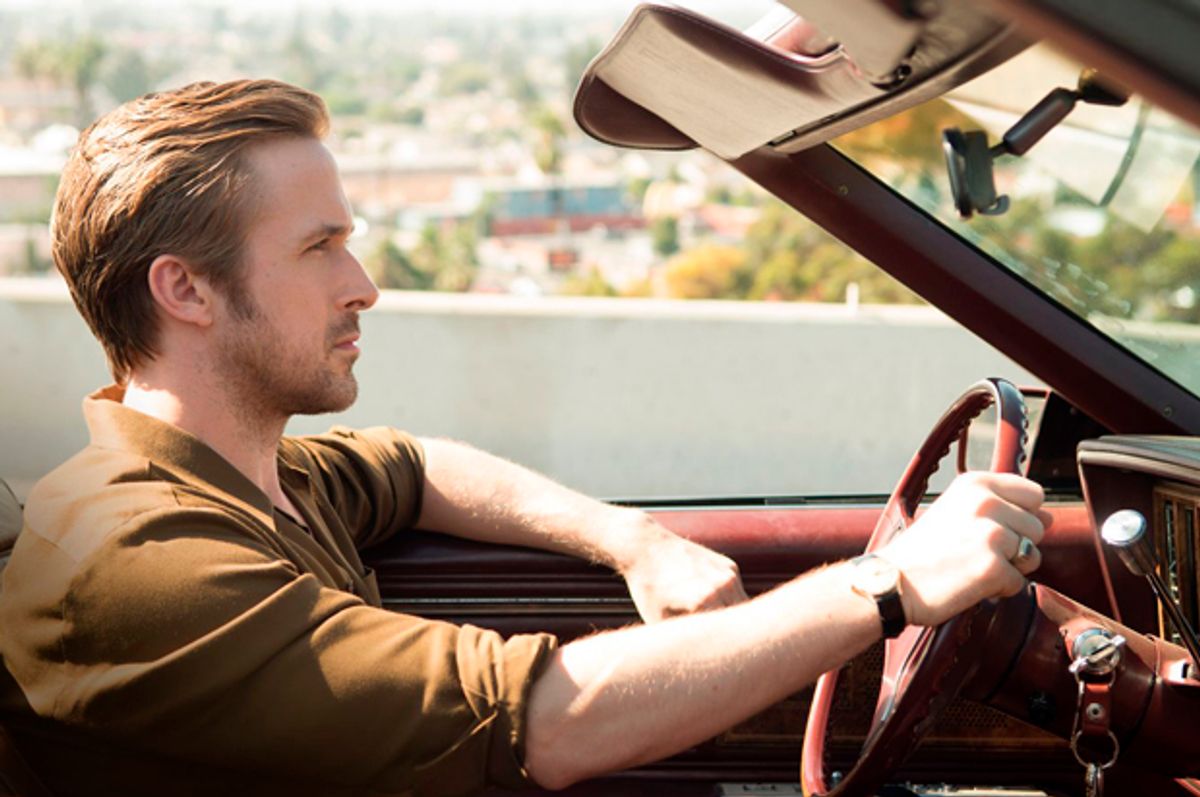 The seven-awards sweep at the Golden Globes has been followed by a 14-nomination sweep at the Academy Awards. A modest, low-budget sorta-musical about jazz and disappointment has now tied “All About Eve” and “Titanic” for receiving the most Oscar nominations ever.

The “La La Land” backlash has been brewing for months now, but at this point it’s almost impossible to champion the movie without looking stupid or like you're winner-take-all bullying: The “Saturday Night Live” interrogation scene with Aziz Ansari is so diamond sharp that to defend this film now is a bit like trying to make a heavy metal album in the aftermath of “This is Spinal Tap.” (“They’re just regular people! Falling in love and singing!” could replace “This one goes to 11” among a certain set.)

But let me attempt nonetheless to defend this movie, which many smart and serious people have come after, against opposition by two groups that should have been in this film’s corner.

Opposition or indifference, of course, has come from people who found the film frivolous, unrealistic, charmless, racially patronizing because neither Emma Stone nor Ryan Gosling are black and so on. (“The Unbearable Whiteness of 'La La Land’” seems like the inevitable title of a critique.)

But the most common complaint may be that this is a Hollywood musical in which the leads do not sing or dance especially well. How can it stand next to films with Gene Kelly, Ginger Rogers, Fred Astaire, whoever? How can anyone call what Gosling and Stone do “singing”? And so on.

Well, there’s no way to pretend the singing and dancing in “La La Land” is any better than it is. It is no “Top Hat” or “West Side Story” and Donald O’Connor does not need to worry about being eclipsed by the skill level here. But this is a bit like saying the Beatles aren’t Cole Porter — or that The Clash is not the 1965 Stones or Sam Peckinpah is not John Ford. Art forms evolve. Why does a movie musical — even one with an Old Hollywood retro spirit — have to observe the same aesthetic as movies made during the 1930s to early '50s classic period?

This complaint that a practitioner is not good enough, not formal enough, not schooled enough, not dexterous enough, goes way back. The French art establishment lodged these complaints against the Impressionists. The British critics said it about Whistler. Jazz people said it about Billie Holiday in the '30s; her voice was too rough. Miles Davis thought Ornette Coleman must be “screwed up inside” to play the way he did. Pavement did not know how to tune its guitars — and so on.

But to loyalists of the classic Hollywood musical — or the modernist-revisionist era that followed in the '60s and '70s driven largely by Sondheim — the Stone and Gosling performances are just amateurish kitsch.

The second group that has opposed this film also comes from within what should really be its target audience or at its least loyal opposition. Jazz fans have been relentless on this one, as they have on the other jazz movies of the last year or so. Given the marginalized state this great art form is in these days — I’ve been writing about it, on and off, for 25 years and it has never been this hard to place a story about a jazz artist or recording — you’d think jazzheads would welcome the film. You’d think a movie set partly at the legendary Lighthouse Club (the Mount Olympus of the West Coast jazz movement of the '40s and '50s) or whose protagonist plays piano in emulation of a Thelonious Monk record would draw high fives.

But jazz purists have been no kinder to this film than they have to Don Cheadle’s “Miles Ahead,” about Miles Davis in the 1970s; or the Ethan Hawke-starring “Born to Be Blue,” about trumpeter-singer Chet Baker; or the Nina Simone film “Nina.” This is despite the fact that Cheadle’s performance as Davis was startling enough to make me forget a silly shoot-'em-up digression in the middle, and that the Baker film, despite the director's lack of access to Baker's recordings, captures some of the charisma and mystery of this doomed, self-destructive genius.

(I’ve not seen “Nina,” and understand the argument over actress Zoe Saldana’s lighter skin tone. But were I a Hollywood executive contemplating the spending of time and money for a film about a black jazz artist, this is just the kind of controversy that would make me opt to pull the trigger instead for another “Fast and Furious” film.)

Do jazz musicians and fans and critics need to slavishly lap up everything aimed at them? Of course not. But these films were hardly made with cynical intent. (The credit sequence in “Miles Ahead,” in which Cheadle jams onstage with Davis’ 1960s quarter, makes me wonder if he made the entire film just for that moment. I would have.) These were flawed but at times powerful movies created by people who loved the art form and its practitioners. And movies can be a way of bringing people into a more obscure art like jazz or poetry or dance or classical music. My own fascination with jazz comes partly from having seen the documentary “Straight No Chaser,” about Thelonious Monk, and “Let’s Get Lost,” about the tattered last days of Chet Baker, at an impressionable age.

A few months ago I saw a performance of “Ma Rainey’s Black Bottom,” one of the central plays in August Wilson’s cycle about the black American experience in the 20th century. The production at the Mark Taper Forum in downtown Los Angeles was not in any conventional way a musical. But the play, built around a fraught recording session by the great blues singer, involved a few very casual performances of the kind of music Louis Armstrong wove into gold in the late '20s. The actors I saw knew how to play their horns, but these were not deathless performances by famous players. Instead, this was great music rendered with feeling and enthusiasm as a way to define characters and fill out a narrative.

No one, from what I could tell, left the play that night angry that Wayne Shorter and Herbie Hancock had not been in the Taper’s pit band.

And “La La Land” is a film that uses music and conventions of the musical and certain longstanding debates and cultural codes around jazz, to make a . . . movie. Was it a good one? A bad one? A great one? This question I can’t answer. But can’t we please move into the 21st century with our assessment of a new piece of culture?