Oscar snubs: Meryl Streep robs another great actor, and other injustices from 2017 nominations

Every year somebody gets left at the side of the road. This year the outrage is more intense than ever, sort of 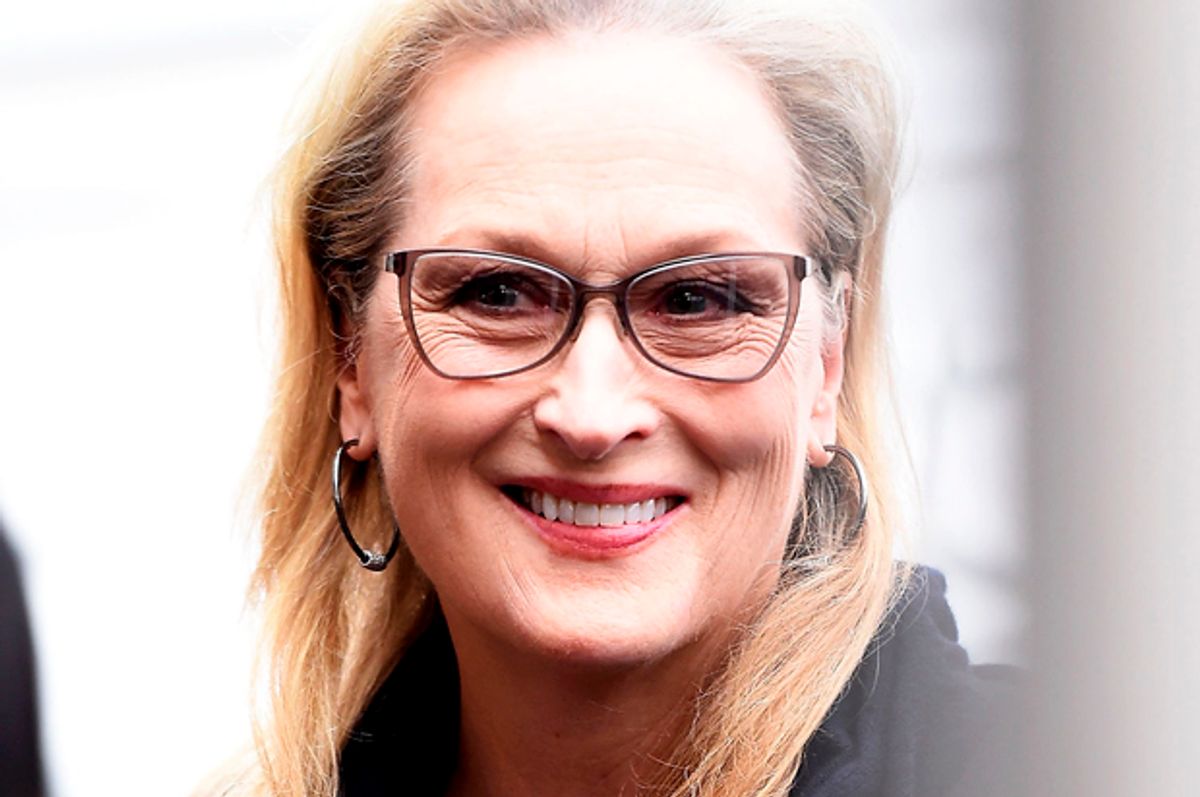 The nominees for the 2017 Academy Awards are in — and so are the results, if you look at the oddsmakers.

None of this is surprising given all of the prognosticating and tea leaf reading along the awards circuit so far. And while it would be great to see an upset — say have Denzel Washington’s ferocious, deserving performance in “Fences” best Casey Affleck’s shoo-in, for example — the nominations are far more interesting than who actually takes the Oscar home.

So who should have made the cut in the major categories?

Here are some suggestions:

While the “new” system that allows more than five Best Picture nominees, there are fewer snubs in this crowded category. Two movies that might have been contenders were shut out: “Silence,” Martin Scorsese’s classy passion project, a serious, ambitious period piece with a lengthy running time, and “Loving,” a well-received social-issue drama (and true story) that the Academy of Motion Picture Arts and Sciences generally rewards at least with a nomination.

The long shot in this category could have been the underseen “Billy Lynn’s Long Halftime Walk,” in part because director Ang Lee attempted to change cinema by shooting at a high frame rate. While this prestige picture belly flopped at the box office, the Academy played it safe honoring crowd-pleasers like “Hidden Figures” and “Lion” instead.

Most folks were surprised (and not necessarily happily) that Mel Gibson got a directing nod this year. But then again, Hollywood loves a good comeback story, and “Hacksaw Ridge” certainly plays to some of the academy’s soft spots: It’s a war movie, a period piece and kind of epic in length. But Gibson’s unexpected inclusion knocked out Martin Scorsese for “Silence” and perhaps even Denzel Washington for “Fences.” Yes, Garth Davis, David Mackenzie and Theodore Melfi were all snubbed for their Best Picture nominees “Lion,” “Hell or High Water” and “Hidden Figures,” respectively. But so, too, were Hollywood favorites Clint Eastwood for “Sully” and the aforementioned Ang Lee.

But what’s most surprising is the absolute indifference toward female filmmakers in this category. Maren Ade, directed “Toni Erdmann,” a film that has justly received rapturous reviews since it debuted in Cannes. Is it really so easy to make a 162-minute German comedy? Even Andrea Arnold, who has won an Oscar (for her fantastic live action short film “Wasp”), should have been acknowledged for her dazzling, intimate epic, “American Honey.”

Academy members, please note: La Streep does not need to be nominated every year. She doesn’t. Enough! She hasn’t given a tremendous performance like “Sophie’s Choice” or “Silkwood” in decades. She’s more hammy than great these days. See her Oscar-nominated work in “Doubt” or “August: Osage County.” Her performances are more about the “most” acting rather than the “best” acting, so just stop nominating her for everything she does or wait until she’s great again.

It’s great that Negga’s lovely understated performance in “Loving” got attention and even better that Huppert is being rewarded for her fantastic turn in “Elle.” It would be amazing if she could pull off an upset over the favorite, Emma Stone.

But consider two other performances that could have (and perhaps should have) been included in this category: Certainly, Sonia Braga gave a knockout, Oscar-worthy turn as a defiant tenant in “Aquarius.” Likewise, Sandra Hüller was fearless in “Toni Erdmann.” Hüller should win an Oscar for her rendition of “The Greatest Love of All” alone, if not for that soon-to-be-famous party scene.

It is criminal that Joel Edgerton missed a slot on this list for exuding such quiet dignity with his pitch-perfect acting in “Loving.” He is joined by also-rans Tom Hanks for “Sully” and Michael Keaton for his slippery turn in “The Founder.”

But the Best Actor that should have been nominated in this category is Colin Farrell, who gave such a remarkable and restrained performance in “The Lobster” (which thankfully got a deserving nod for Best Screenplay). Farrell has long courted acceptance by Hollywood and he’s made some bad choices, but his performance in “The Lobster” was as exciting as his breakout role in “Tigerland.”

This may be the strongest category of contenders, so no disrespect to any of the nominees, but it would have been terrific to see a wild card slip in here. Tilda Swinton’s speechless performance in “A Bigger Splash” was an acting master class. Helen Mirren’s steeliness in “Eye in the Sky” also could have made the cut. Even Laura Linney’s fabulous, single scene in “Nocturnal Animals” was practically Oscar bait deserving of a nomination.

But consider Julianne Moore’s hilarious work as a Danish academic in “Maggie’s Plan” for this category. It was truly one of the best performances of last year.

It is so rewarding to see Shannon being nominated for his sly, confident work in “Nocturnal Animals,” that one can forgive the academy for not nominating his co-stars Aaron Taylor-Johnson and Jake Gyllenhaal for their showier roles. Speaking of which, Ben Foster should have picked up his first nomination for his showboating in “Hell or High Water.”

And the academy could have nominated Issei Ogata for his scene-stealing turn as the Inquisitor in “Silence.” In addition, Stephen Henderson deserved a nomination for his strong support in “Fences,” and Ralph Fiennes was indelible as the nude and narcissistic Harry Hawkes in “A Bigger Splash.” He deserved some love. There has also some chatter about Hugh Grant's being passed over for his first Oscar opportunity, playing against La Streep in “Florence Foster Jenkins.”

Alas, these wishes were not meant to be. The academy has made its selections and the campaigning will start now and continue for the next six weeks. The statues are not yet engraved, but for some nominees, they might as well be. Well, there’s always next year.