Standing up to Trump: "Sanctuary cities" undaunted by threats to cut funding

Politicians in New York and Seattle, among other cities, say being punished would be unconstitutional 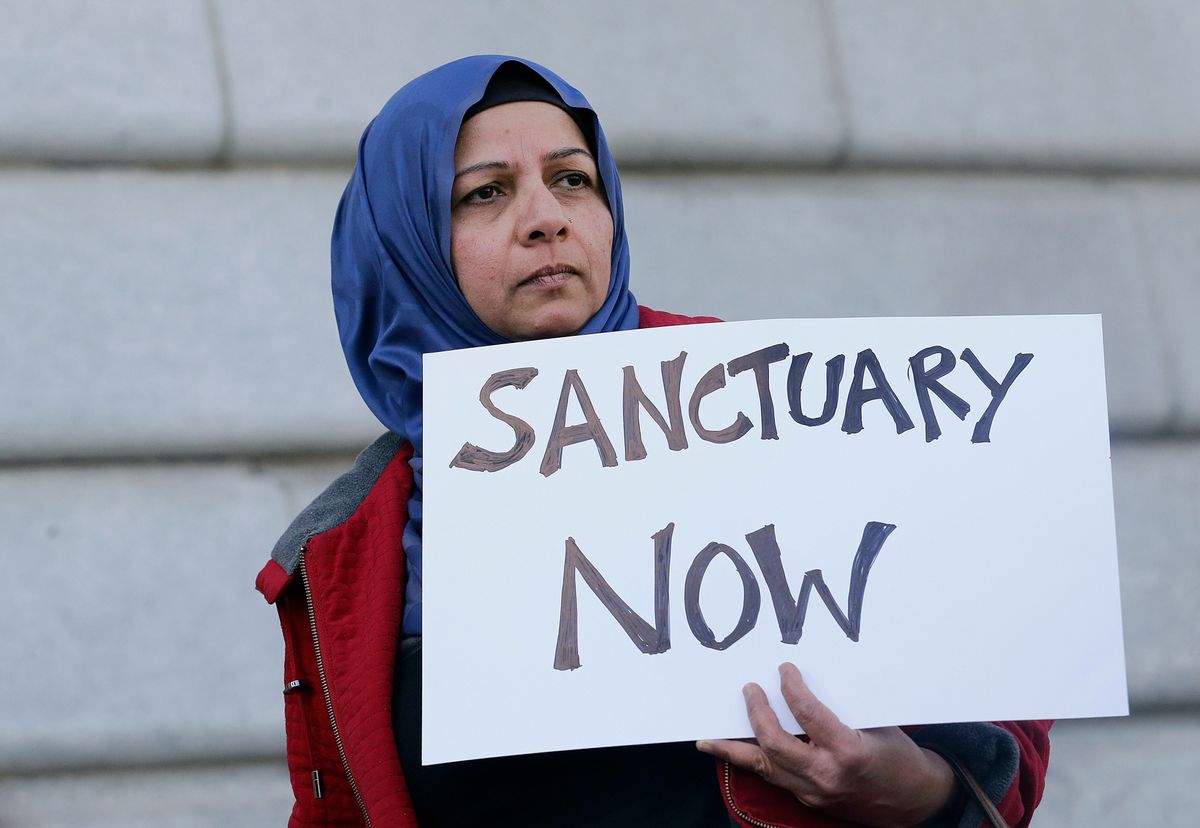 SEATTLE — Politicians in New York, Seattle and other "sanctuary cities" that protect immigrants who are in the U.S. illegally declared Wednesday they won't be intimidated by a move by President Donald Trump to cut off millions in federal funding to such communities.

Many cities vowed legal action, arguing that the threatened punishment would be unconstitutional. Boston Mayor Marty Walsh promised to let immigrants who feel threatened by the administration's actions take shelter in City Hall if necessary.

"This city will not be bullied by this administration," Seattle Mayor Ed Murray said, adding that he instructed city departments to rework their budgets to prepare for the possibility that federal dollars could be lost. "We believe we have the rule of law and the courts on our side."

"Here in New York City and in cities across this nation, this order could in fact undermine public safety," Democratic Mayor Bill de Blasio said at a news conference Wednesday evening.

While there is no formal definition of the term "sanctuary city," it generally refers to jurisdictions that do not cooperate with federal immigration officials.

In some cases, these cities tell police not to inquire about the immigration status of those they encounter, or they decline requests from immigration officials to keep defendants in custody while they await deportation.

Others say they do cooperate with such "detainer" requests as long as they're backed by court-issued warrants, but won't allow local officers to enforce federal immigration law.

Advocates say such noncooperation policies protect people who may not have exhausted their rights to apply for U.S. residency. They also say that crime victims and witnesses are more likely to cooperate with police if they are not afraid of being deported.

"We're not going to sacrifice any of our folks here in Providence," said Jorge Elorza, the mayor of Providence, Rhode Island. "My job is to represent every single resident in the city of Providence, and we will continue to do that."

Supporters of a crackdown on sanctuary cities point to cases like the fatal shooting of Kate Steinle last year on a San Francisco pier. A man who had been previously deported and had been released by local law enforcement was charged in her death.

Trump signed an executive order that appeared more limited than that. It referred to withholding Justice Department and Homeland Security funds from only those jurisdictions that bar local officials from communicating with federal authorities about someone's immigration status.

Peter L. Markowitz, a professor at Cardozo Law School in New York, said such an attempt to cut off funding would face strong legal challenges.

"The Constitution prohibits the president from defunding jurisdictions that won't do his bidding," Markowitz said. "There's nothing in federal law that requires localities or states to participate in federal immigration enforcement. Second, the Constitution grants Congress — not the president — the power to determine how federal dollars are spent."

"When we know that there is a violation of human rights here, this is where we excel," San Francisco Supervisor Sandra Lee Fewer said to cheers. "This is where we lead the nation and we say, 'We will not back down and we will stand up for what we believe is right.'"