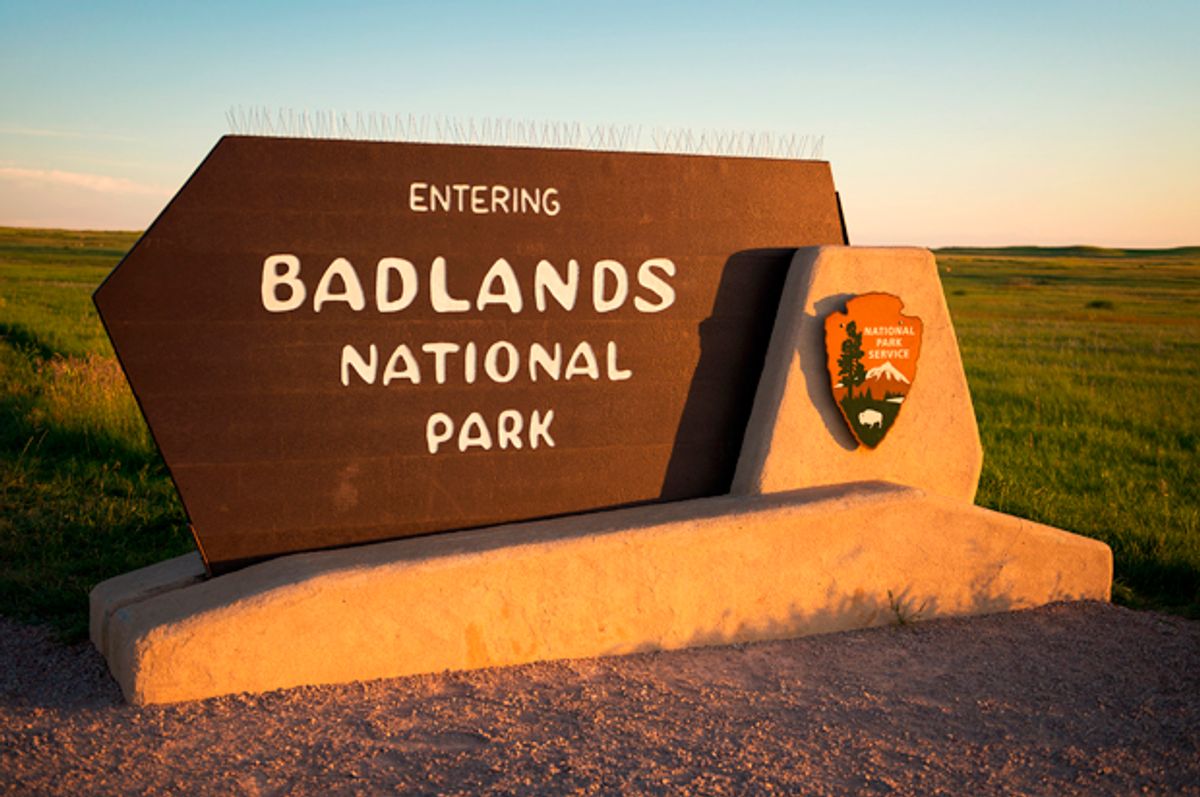 Since President Donald Trump was sworn into office, harmless tweets about carbon emissions and ocean acidity have been seen as an act of open rebellion. Through now-deleted tweets that delighted thousands of climate activists and other anti-Trump factions, the Badlands National Park's Twitter account momentarily flouted the new administration's gag order which prevented government agencies from using social media.

"The pre-industrial concentration of carbon dioxide in the atmosphere was 280 parts per million (ppm). As of December 2016, 404.93 ppm," the first tweet drily read.

Moments later, a second message from the same account entered the Twittersphere: "Today, the amount of carbon dioxide in the atmosphere is higher than at any time in the last 650,000 years."

And, just like that, a rather mundane government Twitter account carried the banner of the anti-Trump resistance. In total, four tweets about climate change emerged from the Badlands account, collecting tens of thousands of likes and retweets in the process, before the park's account went dark and the scientific facts were purged from record.

Late Tuesday, a representative from the National Park Service told BuzzFeed News that a former employee, who was not authorized to use the account, was responsible for the rogue tweets. The official claimed that the park was not directed to delete the tweets, but decided to do so anyways because the account had been compromised. Defiance from the Badlands may have been inspired by the main Twitter account of the National Park Service, which appeared to throw shade at President Trump last week when it tweeted about the small crowd size on the National Mall during his inauguration.

Other government Twitter accounts have circulated messages that would seem to go against the messaging that is coming out of the White House. A NASA Twitter account dedicated to climate change promptly released a chart relating to carbon emissions.

And early Wednesday morning, the Department of Defense's Twitter account expressed support for a Marine who came to the U.S. as a refugee.

From refugee to #Marine. @USMC Cpl Ali J. Mohammed takes the fight to the doorstep of those who cast his family out.https://t.co/oSXWGrzsL7 pic.twitter.com/UVlWsaESic