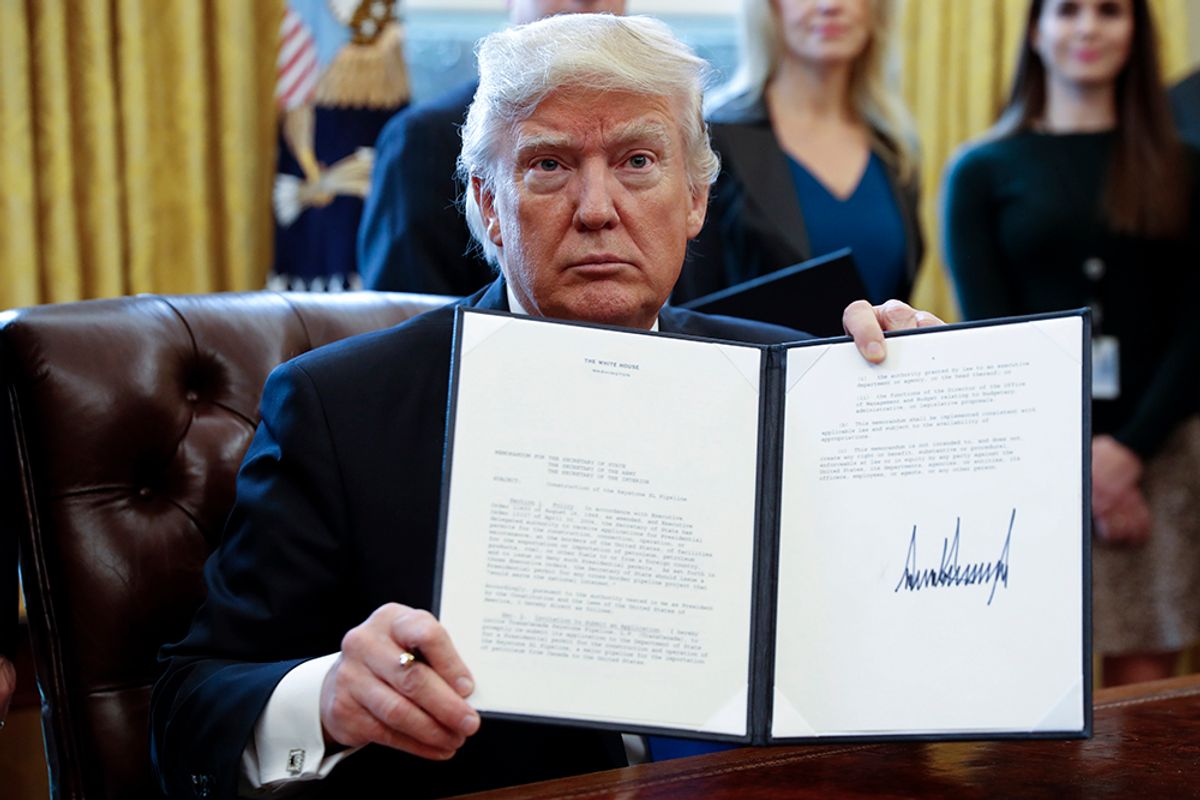 As Donald Trump was sworn into office, Barack Obama watched. Bill Clinton and George W. Bush were also nearby, in more ways than one.

I regularly teach a course on the American presidency. My students join a generation of Americans who have come of age with a particular vision of the presidency established by Bill Clinton, George W. Bush and Barack Obama. These three presidents shared so much in common that, to many Americans, the presidency now has become both the qualities of those presidents and the circumstances of their administrations.

Trump’s election has sent people scrambling to make sense of the Obama presidency, as has just about every TV network, newspaper and media website. Much of this discussion has been driven by Obama’s status as the nation’s first African-American president, the political coalition that sustained him for two terms and the tumultuous challenges his administration faced.

But it’s a mistake to understand the end of the Obama administration by focusing exclusively on the transition from Obama to Trump. Likewise, it’s a mistake to analyze his presidency exclusively in political terms, much in the same way that the focus on his unique role as the first African-American president is a limited way to see his cultural impact.

Eras in presidential history aren’t simply political or institutional. Presidents have always put their private lives on public display. The presidency is also cultural. To understand the Obama legacy and Trump’s presidency, it’s essential to see Obama alongside Clinton and Bush. Together, the three constituted a remarkably cohesive and distinct era in American presidential history.

Consider the similarities between Clinton, Bush and Obama.

All three served two full terms. The only other time that happened was Thomas Jefferson, James Madison and James Monroe.

Clinton, Bush and Obama all began their political careers with failed bids for the House of Representatives. They followed different paths before seeking the White House, but all three ran for office as “outsiders.” Each positioned himself as the antidote to ineffective or dangerous movements in Congress.

All three became president with congressional majorities, only to lose them. And how did they respond? By turning adversity into advantage. All of them managed to win reelection by greater majorities than their initial ascent to power, in part by running against Congress.

Clinton, Bush and Obama also faced similar policy-making challenges. This may sound odd to contemporary ears. For many, 9/11 and the Great Recession in 2008 represent sharp dividing lines in American history. But consider things from a greater distance.

Clinton, Bush and Obama all operated within economies marked by deindustrialization, technological revolution and grinding changes in urban and suburban life. Elected after the Cold War, all three presidents came into office claiming to focus on these domestic concerns. Yet, all three soon faced reconfiguration of old alliances, the collapse of familiar governments, the rise of terrorism and a host of enemies in the form of dangerous nonstate actors.

As these three presidents reshaped how Americans of all stripes view the president as a public figure, they have also exhibited a new and uniform vision of the First Family that has reshaped how the president is seen as a private individual. Clinton, Bush and Obama all sought to present themselves as caring, engaged fathers and committed husbands who treated their wives as their equals. Ironically, nobody revealed the power of this image more clearly than Bill Clinton. Despite repeated evidence of infidelity, Bill and Hillary Clinton continuously presented themselves as a caring, mutually supportive couple.

All three had daughters who came of age in the White House, and all three emphasized that those daughters should have the same opportunities as American boys.

Compare this to their predecessors.

The likes of George H.W. Bush, Ronald Reagan and Gerald Ford all came into office with their children fully grown. You have to go back to Amy Carter, who was nine years old when her father was elected president, to find a child in the White House. But after nearly a quarter-century, the baby boomer presidents have normalized the presence of children in the White House, and particularly young girls who dream of pursuing independent careers.

Likewise, the first Bush, Reagan and Ford had all been physically active young men, but as president, none of them engaged in the same sort of strenuous exercise as Clinton, Bush and Obama.

Beyond their wives and children, Clinton, Bush and Obama were all publicly defined by uneasy relationships with their own fathers. One strain of pop psychology sought to explain George W. Bush in terms of the overshadowing presence of George H.W. Bush. Another attributed Clinton’s behavior to the absent father who died before he was born. Meanwhile, Obama’s life story has always been inseparable from the Kenyan father who left the scene when Obama was only three years old.

The similarities between these presidents even reframe Trump’s victory. In the end, not one of these three presidents was able to pass the baton to his party’s nominee. In this context, Trump’s victory is less a repudiation of Obama than a stark continuity of the political failure that marked the end of three consecutive presidencies.

And that begs the question: Will Trump continue in the footsteps of Clinton, Bush and Obama?

At first glance, Trump couldn’t appear more different. But there are signs that even Trump has sought to borrow from his predecessors. Like Clinton, Bush and Obama, Trump ran as an outsider. Throughout the campaign, he promised to focus on domestic challenges while eschewing foreign entanglements.

Older, and with no record of an exercise regime, Trump produced a letter from his doctor stating that he was in excellent physical health. Twice divorced and preparing to enter the White House with his wife and youngest son remaining in New York, Trump has made public declarations of his love for his wife and children. So the question remains: Will Trump truly reimagine the presidency, or will he mimic the habits and repeat the fate of his predecessors?

For 24 years, a trio of presidents came to the White House at the same stage of life, with similar family structures, identical political beginnings and similar challenges before them. They defined the presidency in their own image, an image that became all the more clear because the three of them were so similar. For all the ways in which he appears different, Trump is still shaped by his predecessors. Likewise, for all the ways that Obama was unique, he did as much to sustain the baby boomers’ presidency as he did to reshape it.