"The oppression party": A week into the job, Trump antagonizes the media 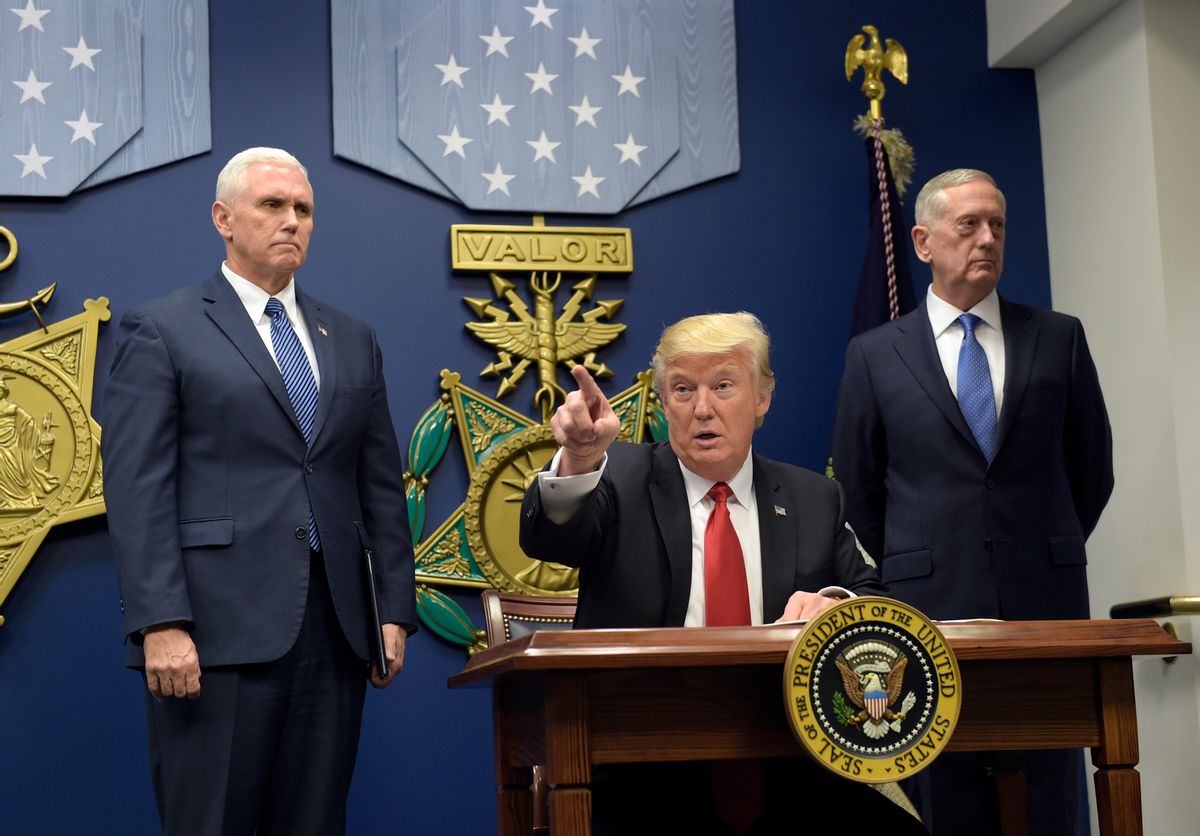 President Donald Trump joined his chief strategist Friday in characterizing the media as "the opposition party," expressing an unusually high level of antagonism toward the press just a week into his administration.

Trump, echoing comments made by strategist Steve Bannon earlier this week, told CBN News that a "big portion of the media" is guilty of "dishonesty, total deceit and deception. It makes them certainly partially the opposition party."

The comments are hardly the first time a president has expressed open hostility toward the media. Richard Nixon referred to the media as an enemy and his vice president, Spiro Agnew, called reporters "nattering nabobs of negativism." Lyndon Baines Johnson once complained that if he could walk across the Potomac River, the headline the next day would be "President Can't Swim."

But Trump's antagonism toward the media just a week after he took the oath of office is far from the norm, historians said Friday, citing the many past presidents who made at least the appearance of reaching out to the press.

"To come right out of the blocks in this extremely adversarial stance is kind of unprecedented," said David Greenberg, a professor of history at Rutgers University who has written about the Nixon presidency. "Even when Nixon began he promised an open administration."

Trump's statement extends the tenor he struck with the media even before he took office, said Mark Updegrove, the director of the LBJ Presidential Library who is also a presidential historian. A week in, it's clear that there will no honeymoon period for this president with the media, he said.

"Trump made no secret of how he felt about the press during the campaign and during the transition. That was unusual. So there were shots that were fired well before the inauguration and it portended the relationship," Updegrove said.

Greenberg, a former reporter and editor, said the media has played a consciously adversarial role with the presidency since the 1960s or 1970s, seeing it as their job to hold power to account and investigate administrations. Criticism of the media can resonate with a president's supporters. But Trump's criticism is outsized, he said.

"Most presidents find themselves lashing out, or at least being privately upset at how they're treated. I think its human nature. Trump is just an extreme case," he said.