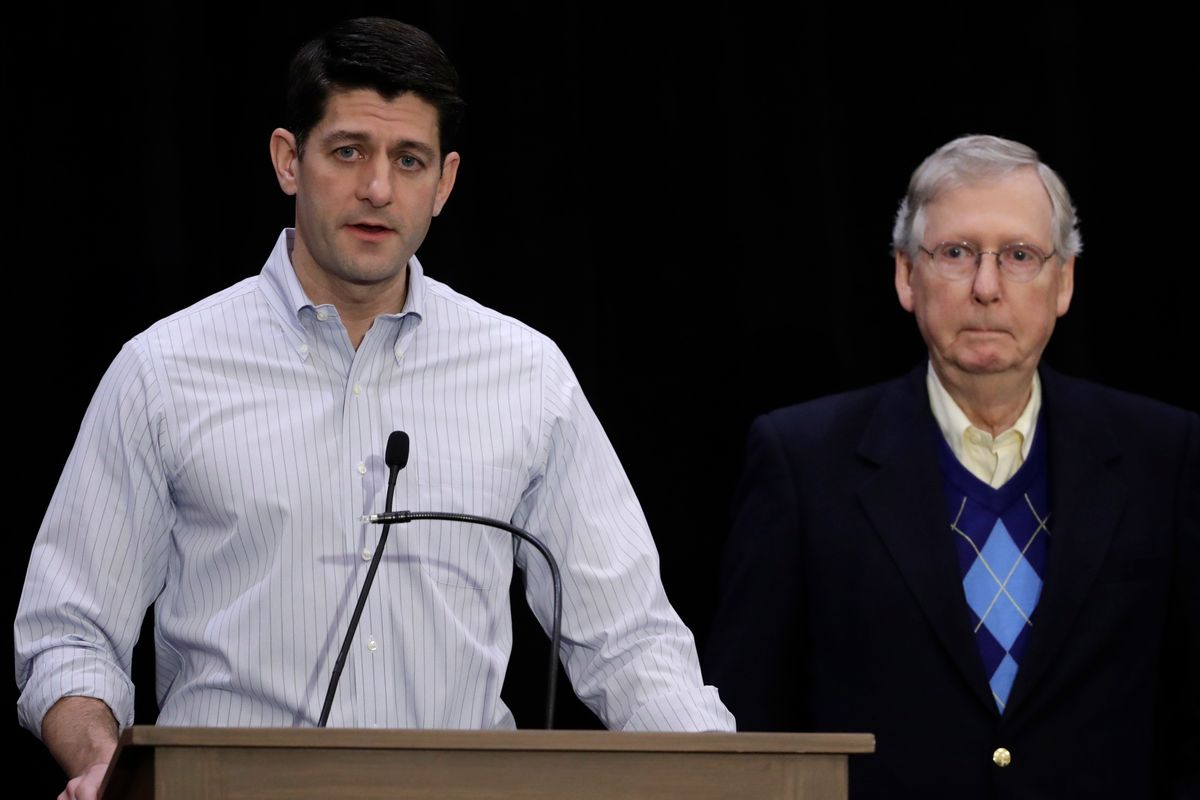 Donald Trump is not the only game in Washington when it comes to pushing for dangerous and destructive policies. The House of Representatives of the 115th Congress has been hard at work since its swearing-in three weeks ago. In that time, the chamber has set the stage for a frenzy of revanchist policy prescriptions that, should they pass the Senate and be signed into law by the president, will radically alter the nation’s regulatory landscape, hurt women and their health, and ransom off our national parks to mining and other corporate interests.

Some of these changes, like a budget resolution setting the stage for rolling back Obamacare and attacking abortion rights, were high-profile enough to rate heavy coverage. Others were not. Here is a quick look at some of the legislation the House has passed in the first three weeks of the new regime.

While the House was writing the rules package that will govern this session of Congress, the chairman of the chamber’s natural resources committee slipped in a provision that will make it easier for the government to transfer federal lands to states. This could be the prelude to states then selling off much of this land to whichever industry is looking to strip-mine it: timber companies, oil and gas interests, cattlemen like Cliven Bundy, you name it.

Here’s how it works. Under federal budgeting rules, every piece of federal land that, as The Washington Post has said, “generates revenue for the U.S. Treasury” through any activity (logging, mining, recreation) has a cost attached to it. Should a lawmaker want to sell or give away the land, he or she has to account for the loss of funds to the Treasury.

So Rob Bishop, R-Utah, slipped some language into the rules stating that, for purposes of this Congress, the value of all federal lands shall be assumed to be zero. That’s zero dollars, for federal land that might have valuable resources on it. That way, if Bishop later wants to write a bill transferring federal land in Utah to the state so officials can then sell it off to an oil company or something, he won’t have to offset the loss to the Treasury by raising a tax or cutting a budget item somewhere else.

That high-pitched whirring you hear is Teddy Roosevelt spinning in his grave.

The House passed several bills that will make it easier to repeal many of the regulations of the federal government that Republicans and the president claim are “strangling” American businesses so badly — even as unemployment is at its lowest level in nine years and the stock market passed 20,000 points for the first time ever this week.

Among the legislation passed is the Regulatory Accountability Act, which forces federal agencies considering multiple regulatory options to choose the cheapest, not the most effective one. The act overturns the long-standing practice of judges being forced to defer to regulatory agencies in justifying regulatory rulings. With so many federal judgeships to fill, the GOP figures it will soon be installing right-wing judges who will take the more business-friendly line and rule against regulatory agencies, so this was a good time to modify a law favoring agencies that has been in effect since 1946.

The House also passed the Regulations from the Executive in Need of Scrutiny Act (or REINS Act) of 2017. The REINS Act strips the executive branch of the power to issue new rules and then require agencies to enforce them. Now, any regulation with “an annual effect on the economy of $100 million or more” must receive congressional approval. Practically speaking, this means that Congress can undermine any regulation issued by the president by never approving it, thereby preventing the relevant agencies from putting it into effect.

So if the next Democratic president orders a regulation requiring, say, mining companies to not pollute streams that provide clean drinking water to Appalachian communities, and a Republican-controlled Congress rejects or never even brings it up for a vote, then the miners are free to pollute to their heart’s content. Sorry, Appalachian residents who might prize clean water.

And this was all just in the first three weeks. At this rate, the House will be on the way to repealing most of the 20th century by, oh, Valentine’s Day or so. Stay tuned!